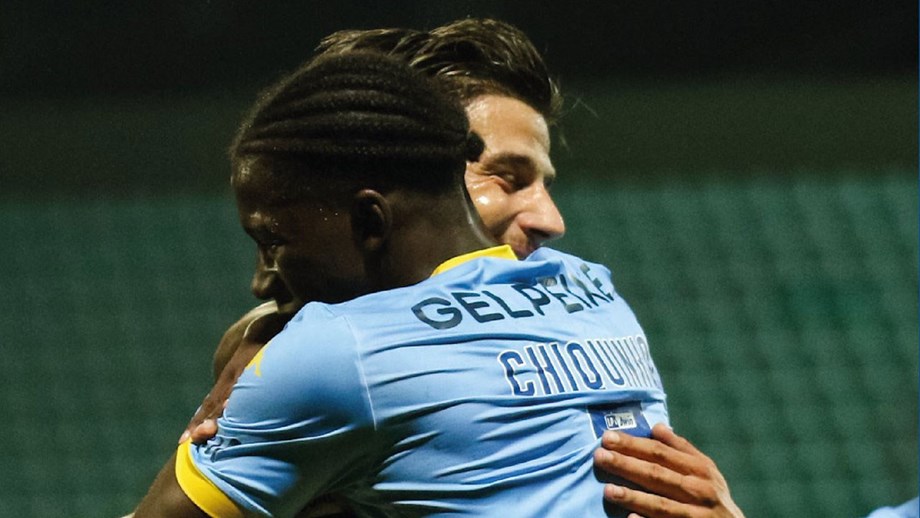 Liga Bwin football returned this weekend after the conclusion of the season’s first international break. League leaders Benfica maintained their 100% start by thrashing Santa Clara, taking advantage of Sporting and Porto sharing the spoils in the campaign’s inaugural “Clássico”.

Spoil sharing was a common theme of the round, draws taking place in every match but two in an intensely-fought selection of games.

One of those that didn’t end in stalemate though was Estoril’s triumph at Tondela which maintained their fantastic, unbeaten return to the top flight. The star of the show, and PortuGOAL Figure of the Week, was young Portuguese forward Chiquinho, whose goal and assist helped take all three points and his team to second place in the division.

It has been quite the rise for 21 year old Portuguese winger Francisco Jorge Tomás Oliveira, more commonly known as “Chiquinho”. A former Sporting youth, he moved to Estoril two years ago, initially representing their U23 squad. He broke into the senior side towards the end of his first season at the club whilst they were in Segunda Liga, but found chances hard to come by last year as the team secured promotion to the top flight.

As a result Chiquinho’s outlook for Estoril’s Primeira Liga return did not look particularly promising in the early stages of the campaign. The squad was being strengthened with proven top level talent, and even a transfer away appeared on the cards before deadline day. The youngster’s response to the additional pressures however has been superb, earning a new contract with the team, and even despite the arrival of strong competition in the form of Romário Baró and António Xavier to name just two, Estoril manager Bruno Pinheiro now has some serious selection headaches after Chiquinho delivered the latest of a growing series of fine performances during Monday night’s victory over Tondela.

Starting in the right wing position as a part of Pinheiro’s 4-3-3 setup, Chiquinho came back to haunt a club at which he spent some of his youth with a clinical all-round display. After Estoril survived some early pressure from the home side, the young winger gave his team the lead in the 20th minute with a superb goal which he not only finished in style, but was responsible for the initial chance creation.

Chiquinho nicked possession off a dawdling Naoufel Khacef, continued his run to latch onto Bruno Lourenço’s through pass and dink a delicate finish over the onrushing Babacar Niasse to open the scoring.

Just before half time it was 2-0 as yet more sloppy Tondela play was punished. Chiquinho used his pace to make his way to the penalty area before checking back and showing good composure to lay the ball off to striker Leonardo Ruiz, who did the rest with an excellent low shot into the corner.

Tondela pulled a goal back in the second half but Chiquinho and Estoril remained a dangerous prospect as the player nearly added another goal to his tally in the 68th minute, expertly collecting a cross into the box to fashion space for a shot, only to find Niasse equal to his near post effort.

Estoril closed out the victory to maintain their magnificent start to the Liga Bwin season, remaining unbeaten with only two points dropped to see them sit second in the table with five matches played.

Chiquinho’s goal and assist were both impressive on the night and indicative of a talented young footballer who is playing with confidence and freedom. While he now faces sterner competition for a starting berth in this improving Estoril squad, the Portuguese certainly has a big chance of keeping his arguably more illustrious company on the bench for a little longer, and in doing so has identified himself as a player to watch in the coming months of the 2021/22.