PortuGOAL Figure of the Week: Wilinton Aponzá bursts onto the Primeira Liga scene for Portimonense 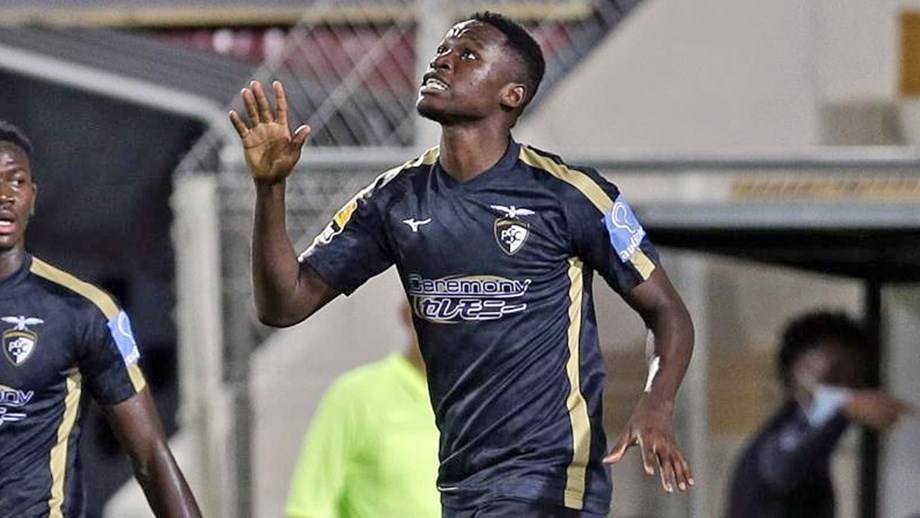 “Os Três Grandes” re-assumed their position in Primeira Liga’s top trident as Sporting ended Estoril’s unbeaten start to indirectly help Porto back into second place, Os Dragões thrashing Moreirense 5-0 but both giants continue to trail Benfica by four points as the Eagles kept up a 100% record by beating Boavista.

Braga closed the gap on the top four by defeating winless Tondela, while Belenenses SAD and Famalicão similarly still await maiden victories thanks to draws with Gil Vicente and Marítimo respectively.

One surprise package of the season has been Portimonense, who sprung to sixth after a star turn from Wilinton Aponzá, the little-known Colombian’s blistering performance is the docs of this edition of the PortuGOAL Figure of the Week.

Colombian youngster Wilinton Aponzá arrived at Portimonense earlier this year from Campeonato de Portugal side Berço, whom he had previously joined from América de Cali’s youth team in his native country. The initial plan for the 21 year old was to represent his new team’s U23 division in the Liga Revelação, which indeed he did for the early parts of this campaign barring a couple of appearances for the senior side during pre-season.

However, the sudden departure of star striker Beto saw the need to move Aponzá up the ranks, and additionally an injury to Fabrício left Portimonense very short in central attack. Summer acquisition Renato Júnior was the initial bet for manager Paulo Sérgio, but at just 19 the Brazilian too lacks experience at this level.

Sérgio was not suitably convinced by Renato in the team’s 1-0 loss to Paços Ferreira just before the international break and has since turned to Aponzá, being rewarded in doing so. The Colombian looked a threat throughout last weekend’s draw with Boavista and built upon that display with a star turn in Friday night’s home encounter with Santa Clara.

Aponzá showed what he is capable of as early as the 10th minute with a spectacular strike to open the scoring. Brazilian midfielder Lucas Fernandes’ clever flick fell into the forward’s path and from well outside the box Aponzá unleashed a first time effort low past Marco Pereira for his first Primeira Liga goal.

Santa Clara levelled the scores thereafter but Portimonense re-took the lead just before the half time whistle as Aponzá repaid the favour to Fernandes. The pair exchanged passes as Aponzá turned provider to lay the ball off for the Brazilian to send a powerful shot from a similar area to the first goal into the same corner, again leaving Santa Clara keeper Marco clutching at thin air.

In the second half Aponzá should have increased his assist tally with around twenty minutes remaining. Iván Angulo did well to win possession high up the pitch, feeding Aponzá who unselfishly found substitute Anderson but the winger could only find the side netting with Santa Clara’s defence in disarray.

Ten minutes after that Aponzá was denied a second goal of his own as Portimonense looked to make the game safe, his curling effort parried by Marco, who also kept out Fahd Moufi’s follow up.

Still Aponzá’s contribution was enough to secure the three points for Portimonense, who leap to 6th place in the table as a result.

Aponzá has some considerable shoes to fill after Beto’s departure, but he could well end up following a similar path with both having made the grade from U23 to senior level smoothly, at least so far in the former’s case. Much more to come from the Colombian it appears and while it’s premature to suggest he can equal Beto’s output there are definitely the tools for Aponzá to be the next young player to look out for in Liga Bwin.