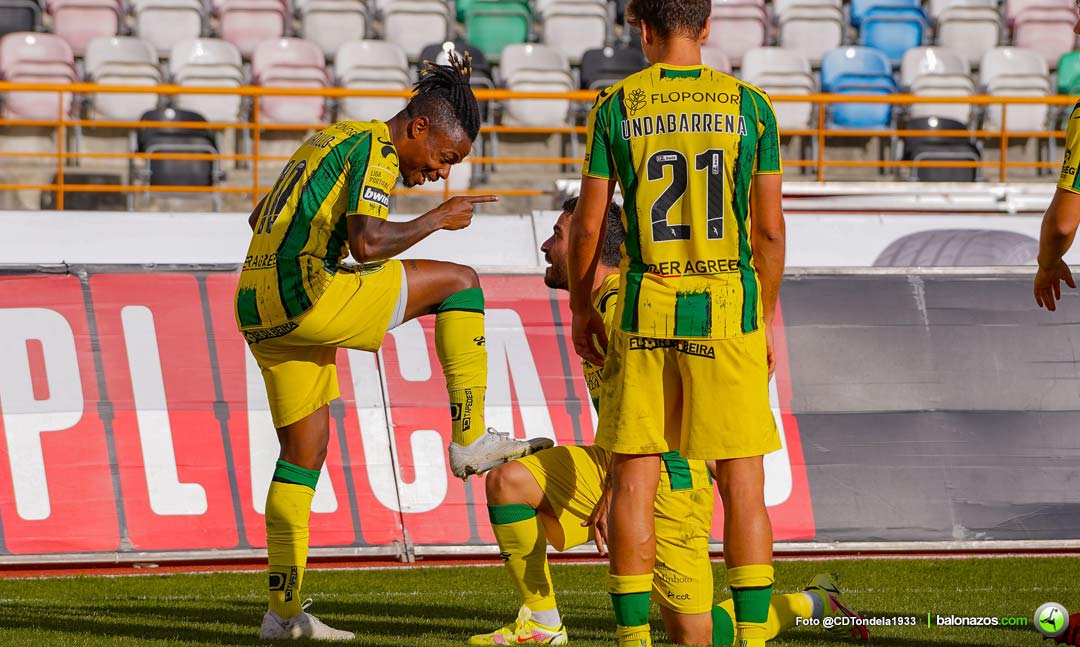 Liga Bwin concluded for an extended break this weekend with the international break on the horizon and the resumption of the Taça de Portugal featuring the entry of top flight teams to take place in a fortnight. There was no shortage of drama in proceedings as Benfica’s 100% record came to a crashing halt courtesy of a shock win for the ever-improving Portimonense.

Porto and Sporting took full advantage, securing narrow wins over Paços Ferreira and Arouca respectively to cut the gap at the top to just one point.

Another team showing steady signs of improvement are Tondela, who racked up a second straight victory to edge into the top half of the table. A key feature of both triumphs has been talismanic winger Jhon Murillo, who is our PortuGOAL Figure of the Week after excelling in the round’s 2-0 win over Belenenses SAD.

He may still only be 25 years old but it’s arguable Venezuelan winger Jhon Murillo could be considered something of a club legend at Tondela, being a veteran of sorts given the common high turnover in playing staff that the team has experienced ever since rising to Primeira Liga back in 2015. Indeed it is in preparation for their maiden top flight season six years ago that Murillo arrived from Benfica, initially on a loan deal before returning to the Auriverdes permanently in 2018 via a brief dalliance in Turkey with Kasimpasa, and has been one of their most consistent features ever since.

A technical wide player, Murillo is also fairly tactically flexible in being used as a striker or even a right full-back in his time with Tondela. However it is further up the right flank that he is most effective and after perhaps not his best form being on display in 2020/21 he looks to have regained his best levels in the early weeks of the current campaign. The Venezuelan international was absolutely instrumental in guiding his team to victory as they took on Belenenses SAD this weekend.

Tondela went into the match off the back of a thrilling 3-2 triumph over Famalicão in Jornada 7, while their opponents remained winless and in fact temporarily “ground-less”, Belenenses SAD having to act as the home team at the neutral venue of Estádio Dr Magalhães Pessoa due to the below par conditions of Estádio Nacional.

The differences in club momentum were patently obvious from the get go as Tondela made a fast start and punished Belenenses SAD in just the third minute with Murillo the architect. The winger pulled the ball back perfectly for Pedro Augusto’s late dash into the box, and the Brazilian midfielder finished confidently to open the scoring.

Murillo himself would get on the scoresheet in the second half to ultimately make the game safe. Salvador Agra did brilliantly to win possession and play a through ball in behind the defence, where Murillo had timed his run to perfection before side-footing past Luiz Felipe and into the corner.

A second goal in as many games for Murillo, and an indication of his growing confidence levels of late. Tondela closed out the match in relative comfort to move up to 9th position in Liga Bwin.

A difficult start to the team’s season suddenly now looks a distant memory as back-to-back wins have changed the atmosphere at Tondela entirely. It feels no coincidence at all that their talisman Murillo’s return to form has seen six points in the back pocket of Pako Ayesteran’s side, and there remains a real feeling that once again the Venezuelan’s contributions will be central to Tondela’s fortunes for the season ahead.