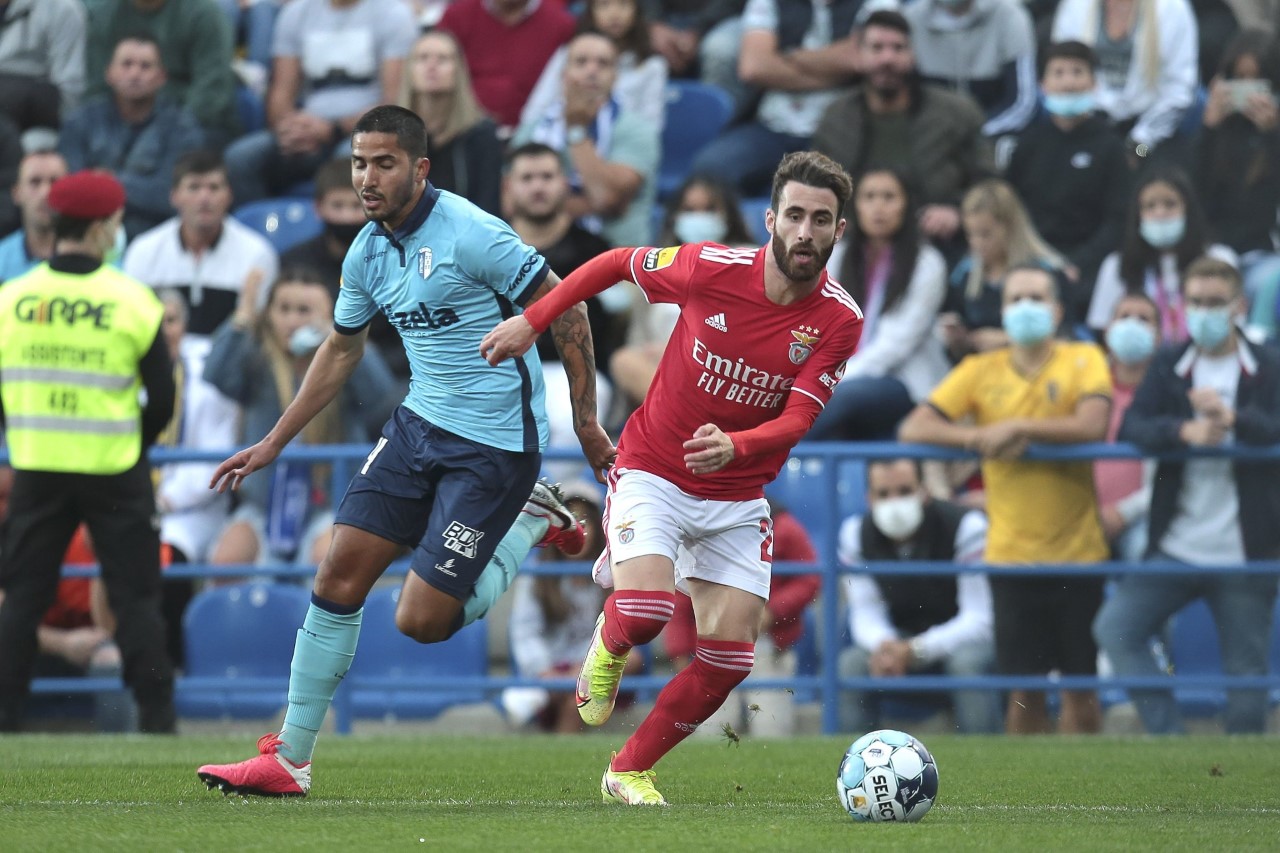 Benfica have held onto the Primeira Liga top spot after Rafa Silva, with the final kick of the game, bagged a crucial 1-0 victory for the visitors away to Vizela, this Sunday.

The Eagles looked poised to surrender first place to FC Porto and Sporting with a potential draw against the newly-promoted outfit, but a late close-range finish by Rafa, supplemented by Pizzi, alleviated matters.

Pressure was on Jorge Jesus’ men after Porto, courtesy of a Mehdi Taremi hat-trick, came out on top on Matchday 9 with a 3-1 victory away to Tondela.

Sporting followed with a 1-0 win at home to Moreirense on Saturday night, secured by the on-form Sebastian Coates. Benfica’s win, however, reinstates the scene by going a point ahead of their two rivals.

Following a big European night on Tuesday, crowned with a 1-0 victory at home to AC Milan in the Champions League, Porto were out in search of more joy away to Tondela as the attentions switched to the Primeira Liga title race.

It was the hosts that had their noses in front first, however, after a glancing header from Neto Borges, reacting first to Salvador Agra’s wide free-kick, set Porto the task of making a comeback.

The challenge was accepted by the Dragons who, by the half-hour mark, were level via Taremi’s equaliser and facing ten man, following Iker Undabarrena’s last-man tackle.

Just before the break, Taremi flipped the game on its head before killing the game off entirely with his hat-trick in the 79th minute, poking the ball past the goalkeeper on both occasions and adding three key points to the tally.

Buzzing from a 4-1 victory away to Besiktas, Sporting, much like their rivals Porto, had their eyes set on a big showing back on the domestic scene as they welcomed Moreirense to the Alvalade.

Rúben Amorim was able to count on Tuesday’s star of the show, Coates, who again proved to be imperious in the air when nodding in the Lions’ first goal of the game after just 16 minutes of football played.

Only an aimless Paulinho prevented Sporting from increasing their advantage in the second half, with the hosts going level on points with Porto after a slender 1-0 win.

The pressure was on Jorge Jesus and his men after two wins in the league from Porto and Sporting, placing them two points behind their rivals ahead of a night away to Vizela.

Alarm bells rang for the visitors when Odisseas Vlachodimos was pressed into giving the ball away to Samu by Guilherme Schettine, but the Benfica goalkeeper was let off the hook after the Vizela man lost his angle to shoot.

The Eagles were left with a small portion of half-chances to look back on as Charles kept Vizela’s goal safe with comfortable saves in both periods, pending one final push from Benfica to unlock the game.

It took one final roll of the dice from Benfica to undo all the hard work put in by Vizela at the back, as a cross from Pizzi found Rafa at the back-post prior to the winger’s 97th-minute finish in a hard-fought 1-0 victory.

Johan, Netherlands
This comment was minimized by the moderator on the site

Yet again a schwalbe by Taremi, just like in the Juventus-game. The defender clearly plays the ball, but instead of a yellow card for Taremi it's a red one and ten man for Tondela; what a shame; no VAR ??
Weak performance by Benfica, very lucky win...

Yet again a schwalbe by Taremi, just like in the Juventus-game. The defender clearly plays the ball, but instead of a yellow card for Taremi it's a red one and ten man for Tondela; what a shame; no VAR ??
Weak performance by Benfica, very lucky win in dying seconds....

One of the Portuguese refs recently booked Taremi twice in a game for dives. The guy is an embarrassment to the sport.