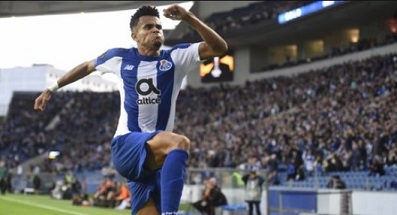 In the recent past FC Porto unearthed prodigious talents from South America with alarming regularity. Lisandro Lopez, Hulk, James Rodrigues, Falcao and Jackson Martínez, for example, travelled across the Atlantic and became huge hits wearing the Blue and White, before earning the Dragons enormous transfer fees as they moved on to more prestigious European leagues.

The end of third-party ownership and improved scouting from rival clubs across the continent contrived to turn off the tap on this bountiful font from across the pond. But it appears Porto have hit the jackpot again, in the shape of Colombian winger Luis Díaz.

Signed from Atlético Junior in 2019, Díaz has been in sensational form in 2021. So impressive has Díaz been for club and country that it is a question of when, rather than if, he is sold on for a huge profit for the northern club. For fans of Portuguese football the message is clear: enjoy him while you can.

Luis Díaz and sitting uncomfortably on your chair

We can start with the numbers. In the last 32 games, in other words, since May, the Colombian has scored 17 goals in 32 matches. That means that with Luis Díaz on the pitch, whether for FC Porto or for Colombia, you have half a goal per game. It is not a guarantee, of course, but it is a high probability.

Since May, Díaz has scored 11 times for FC Porto in all competitions and six goals for his country, with the extraordinary symbolism of equalling Lionel Messi as the top scorer at the Copa America. Imagine being able to say that, at least in one tournament, you were ‘as good’ as Messi… Then there is his individual displays in the Champions League, the biggest shop window of all, with two goals scored against Milan.

It is true that statistics define productivity and can even be strong evidence, but then there is the aspect that has nothing to do with numbers. The aspect that has to do with how unsettled you feel when you are sitting in your chair and watching a game and the Colombian gets hold of the ball, either because of the expectation for those supporting him, or the concern for those who have to face him. Among players inhabiting the Portuguese league, since May, he has been the most exciting player to watch.

Díaz has an added bonus. All eyes are on him, which allows Pepê to develop and adapt without the pressure of a player that cost 15 million euros. Talking of which, the Colombian cost 9 million euros for 80% ownership in 2019. Two years later, nine million is not enough to pay for the remaining 20 percent…

all I have to say is look at all the players you mentioned above and lets add Herrera and Alex Telles , both bench warmers. If they want the money so be it , if they wan to play and love the game , the and others should try to stay in Portugal.