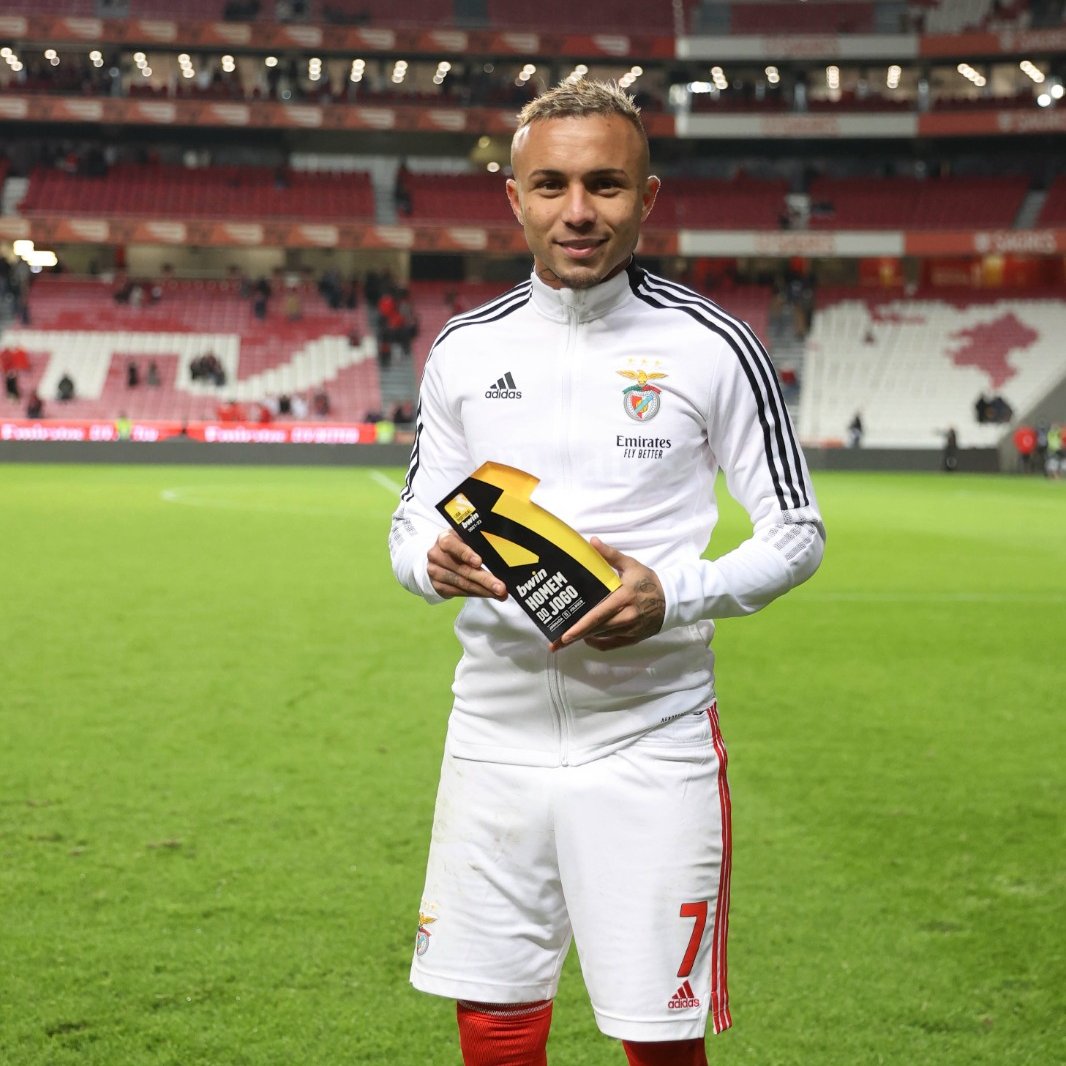 With the final international break of 2021 coming up this weekend it meant Portugal’s Liga Bwin action took a breather once more but only after an exhilarating eleventh round of matches. Boavista and Famalicao set the tone on Friday night, playing out a thrilling 5-2 victory for the latter as they registered only their second win of the campaign.

Tondela vs Marítimo also brought goals aplenty, a 4-2 win for the home side enough to see them move into the top half of the table.

Benfica kept in touch with their great rivals though with a thrashing of a previously in-form Braga side. Brazilian winger Éverton was the star of the show, and is in focus as our PortuGOAL Figure of the Week.

Éverton Sousa Soares is a highly talented Brazilian winger who perhaps raised some eyebrows when he joined Benfica from Gremio in 2020, the 25 year old being something of a regular feature in the gossip columns of a move to the English Premier League with the likes of Arsenal. The Eagles splashed out a considerable €20m on the player, so it’s fair to say that expectations were high for the Brazil international.

It is also perhaps fair to say that thus far these expectations have not been met however as Éverton has struggled to impose himself regularly within Jorge Jesus’ preferred XI, showing flashes of his brilliance at times during his spell in Lisbon but not regularly enough in the eyes of the manager and fans alike.

All of the tools for success are there for Éverton though, a quick player who is deceptively strong on the ball despite a slightly lithe frame, his 5ft 7in height giving him that lower centre of gravity in possession. He’s also technically gifted, and is generally a good finisher in attacking moments.

Now in his second season with the club, Éverton’s involvements in the first team again have been somewhat more sporadic than he would have hoped for, but he managed to retain his position in the starting XI for Sunday night’s contest at Estádio da Luz with Braga, having been in the lineup for the midweek Champions League defeat to Bayern Munich also.

Manager Jesus reverted back to a 3-4-3 setup having played with two strikers up front of late, meaning Darwin Nuñez led the line solo having drifted out to the left flank on more than one occasion this season. Darwin’s move meant Éverton lined up in his favoured left wing role, relegating Roman Yaremchuk to the bench. On the evidence that followed, it’s fair to say that Jesus’ tactical switch was a masterstroke.

Álex Grimaldo had given Benfica the early lead before Ricardo Horta hit back quickly for Braga, but from then on the hosts took complete control of the match in a rampant attacking performance. Éverton played his part in restoring his side’s lead in the 37th minute, showing nimble footwork in midfield to evade Braga challenges to then find Grimaldo, whose parried shot was ultimately tucked away on the rebound by Darwin.

With three minutes of the half remaining Benfica extended their advantage with Éverton this time recording a direct assist, a fine move in which Rafa Silva showed superb skill to start the attack before exchanging passes with the Brazilian winger to then slot beneath goalkeeper Matheus.

There was still time in the half for another goal and it was the same combination once more, Éverton supplying Rafa for his second of the match. That only tells half the story though as the Éverton’s contribution was excellent, similarly to Darwin’s goal he showed great strength and poise on the ball in the midfield area, before releasing a perfectly weighted through ball for Rafa’s run, and the Portugal international did the rest.

In the second half Éverton got the goal his display deserved, and there are no prizes for guessing his partner in crime Rafa was involved in tandem. This time the roles reversed as it was the Brazilian doing the finishing, and it was done so in a manner that echoed Rafa’s first, cutting inside from the left hand side of the penalty area, unseating Braga defender Paulo Oliveira in the process, before calmly placing an effort beyond Matheus.

Éverton and Benfica were not done yet as they piled the misery on a tired Braga side, adding a sixth goal minutes after the fifth. Éverton did his damage from the right on this occasion, meeting Darwin’s cross into the box first time to power a sidefoot finish in off the far post.

A thumping win for Benfica, and the sort of performance from Éverton that their fans and indeed many neutral observers expected to occur when the talented winger arrived on these shores.

It feels perhaps premature to say Éverton has cracked it now in terms of his Benfica career, and his notoriously demanding coach Jorge Jesus certainly won’t let the player rest on his laurels even after such a scintillating individual outing. However, the green shoots have risen a little higher out of the ground it feels, and if the Brazilian can build some momentum on this star showing and realise his considerable potential, the Eagles have a frighteningly good prospect on their hands.