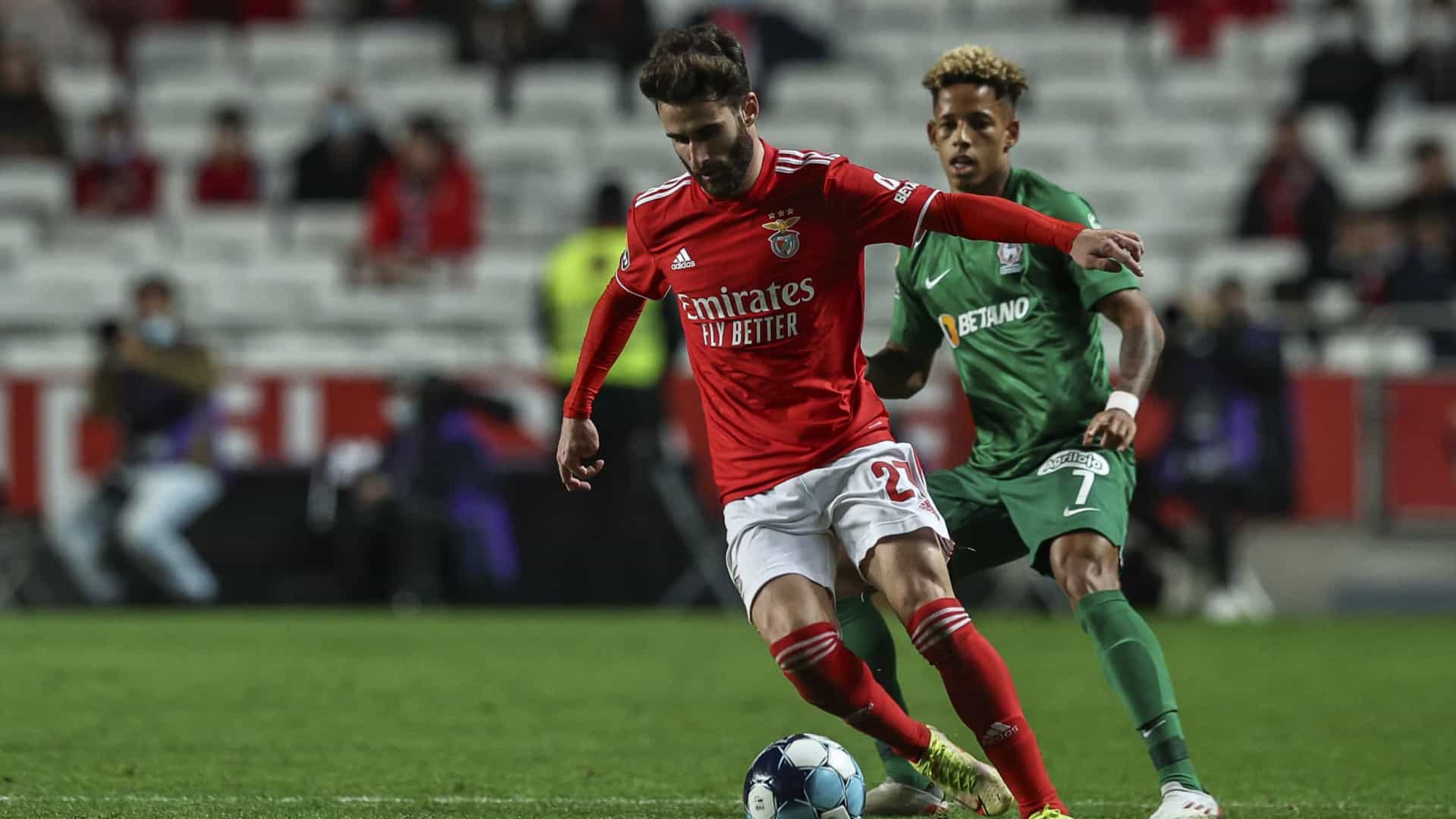 The final round of Liga Bwin fixtures before Christmas concluded last night, and it proved to be a pivotal weekend for many of Portugal’s top flight.

Paços Ferreira, Boavista and Santa Clara have all been struggling of late but the trio recorded important victories to edge further up the league table.

Benfica kept in touch though with a 7-1 demolition of Marítimo, their star man and PortuGOAL Figure of the Week Rafa Silva was in sensational form once more.

28 year old Portuguese international Rafael Silva has been one of Primeira Liga’s finest players for many years now, shining in particular for Braga before swapping north for south after Benfica purchased the winger for €16m back in 2016. The move saw Rafa gain international recognition, largely being a regular in Portugal manager Fernando Santos’ squad selections including an appearance at the European Championships earlier this year.

Rafa’s best position is arguably in the wide positions but given how exceptionally gifted he is technically he is also very comfortable centrally in behind a solo forward or striking duo. Rafa has superb close control, an ability to dribble at pace as well as a terrific eye for a pass. The only drawbacks in his game perhaps are a lack of ruthlessness in front of goal at times, as well as a general issue with consistency.

The latter points currently look quite irrelevant however as of late Rafa has stepped his game up to another level, both on the pitch and in terms of the numbers he is producing, forming a blistering partnership with Darwin Nunez in particular, reaching double figures for both goal scoring and production across all competitions already.

Rafa bolstered those numbers with another outstanding display as Benfica hosted Marítimo on Sunday evening as the Portuguese proved completely unplayable.

Rafa helped to get the ball rolling as early as the third minute, the winger being a feature of the move throughout as he collected a pass from Gilberto, found Roman Yaremchuk before a loose ball fell into his path. Technically Rafa will claim an assist, albeit an unorthodox one as Darwin rattled home a finish from Rafa’s control, although it’s arguable the Portuguese would have finished the chance himself had his Uruguayan team-mate not predatorily poached.

Benfica blitzed Marítimo in moving 2-0 clear through Darwin again, and soon after made it 3-0. Rafa was the provider again, but this time his assist was full of clear class, receiving the ball centrally before bamboozling a half-hearted Stefano Beltrame with a body swerve before feeding Gilberto to rifle in a strike off the crossbar.

3-0 at the break quickly turned into more not long after the resumption of the match. Rafa got himself a goal this time, his run in behind being picked out by Yaremchuk and the Portugal international did the rest with a cool clipped finish over the onrushing Paulo Victor.

Just before the hour mark it was five as Benfica’s relentless attacking continued. Darwin’s crossfield pass seeked out Rafa, who controlled wonderfully before he unselfishly squared to Yaremchuk for a tap-in.

Just two minutes later Rafa should have had his fourth assist and Darwin his hat-trick, but the Uruguayan could not convert the Portuguese’s deft cross.

Marítimo pulled a goal back through Ali Alipour but Benfica weren’t done with them yet, going on to increase their advantage once more through substitute Goncalo Ramos. There was also just about time for Rafa to complete his quartet of assists, collecting a ball from Adel Taarabt to clip a perfect cross into Haris Seferović, who could scarcely miss such was the quality of the delivery.

A resounding win at the Luz for the hosts, ensuring they kept the margin at four points behind their rivals Sporting and Porto at the top end of Liga Bwin.

Rafa has really found his groove once more this season and has been one of the division’s standout performers, arguably rounding out the top three players in Portugal right now alongside Porto’s Luís Diaz and Sporting’s Pedro Gonçalves (debate amongst yourselves about the order!). It has been said for many seasons that it’s only a matter of time before some of those from the bigger leagues come calling for Rafa but he has already been resistant to said moves in the past and may have designs on sticking around to become a true Benfica legend. On current evidence he is well on his way to achieving that status.