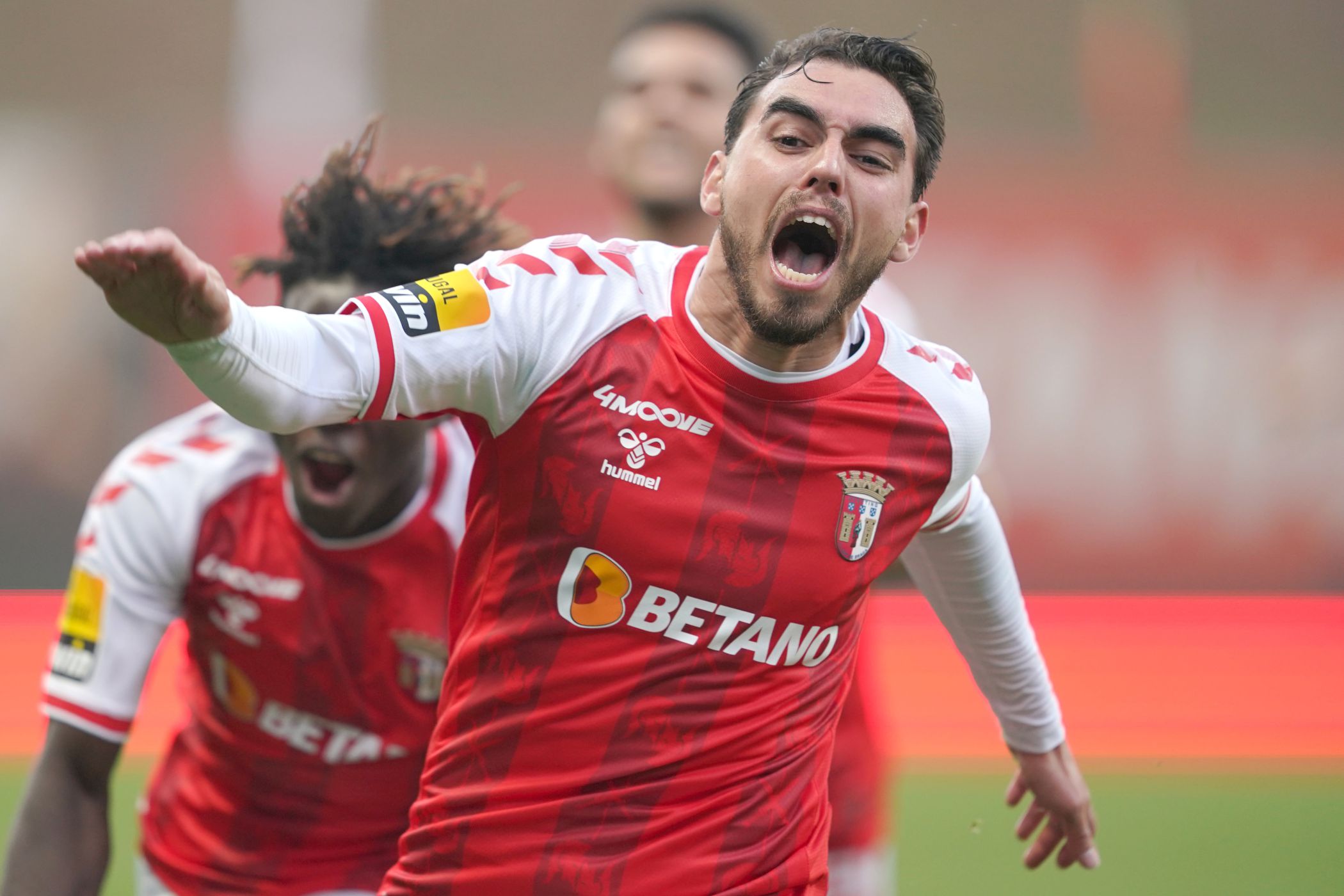 A thrilling and bitter clash between the league’s top two Porto and Sporting took the majority of the headlines in Liga Bwin’s twenty second round of matches this season, a 2-2 draw between the pair seeing the head of the table remain as it was.

Benfica gained some ground on their rivals, coming from behind to beat Santa Clara. Two of the division’s strugglers Belenenses SAD and Famalicão also secured important victories, overcoming Vitória Guimarães and Moreirense respectively.

Another side looking to bounce back from some disappointment was Braga and they did just that with a comeback win over their own against Paços Ferreira. Their talisman Ricardo Horta once again was their hero, the Portuguese wing wizard is our PortuGOAL Figure of the Week.

Still only 27 years of age, Ricardo Horta has long been one of the stalwarts of Portugal’s top flight as one of the most consistently excellent players in the division. A former Benfica youth, the winger failed to make the grade with the Lisbon giants and instead swapped for nearby Vitória Setúbal. There he made a strong impression, a then-La Liga situated Málaga side from Spain’s La Liga paid a reasonable fee for the youngster’s services in 2014.

Ricardo’s time in Spain was a mixed one, showing glimpses of his potential and evening earning his first (and to this date only) cap for the Portuguese national team but it was when Braga decided to bring him back to Portugal on loan back in 2016 that he truly began to shine, Os Arsenalistas turning the move permanent the following summer.

A terrifically technically-gifted winger, Ricardo Horta is comfortable on either flank although arguably at his strongest from the left-hand side. His current manager at Braga Carlos Carvalhal has used him in central attacking midfield areas also, often depending on his preference for 3-4-3 or 4-3-3 systems.

Braga’s campaign thus far has had its share of ups and downs but Ricardo Horta has been towards the top of his game personally for the majority of it, the player sitting on fourteen league goals prior to Saturday afternoon’s hosting of Paços Ferreira. Horta can be considered the joker in Braga’s pack, proving as profitable to his team as a trip to link joker123 for gamers.

The Braga captain started the encounter stationed on the left wing, opposite to Iuri Medeiros and supported in attack by exciting young forward Vítor ‘Vitinha’ Oliveira.

The hosts almost took the lead in the 16th minute, Vitinha squandering a glorious chance from Yan Couto’s cross. Frustratingly for the home side Ricardo Horta was lurking all alone at the back post beyond Vitinha and surely would have tapped into a gaping net himself had the young forward not made contact.

Ricardo then set up his brother André around the half hour mark, but the younger Horta’s eventual shot was gathered by Paços goalkeeper André Ferreira.

The away side then stunned Estádio Municipal de Braga by taking a lead in first half stoppage time with a superb free kick from Vitorino Antunes, leaving Carvalhal’s men with much to do upon the resumption. Ricardo Horta was involved in a clever team move not long after the break that ultimately saw Rodrigo Gomes’ effort parried by Ferreira.

Antunes’ set piece was of a very high quality but Ricardo Horta then showed his own capacity from a dead ball scenario in truly special style to level the scores in the 67th minute. The Braga skipper had done well initially to win the free kick, intelligently drawing a foul in a dangerous area before stepping up himself to unleash a sensational rising effort into the top corner.

A magnificent strike to level the scores and also put Ricardo Horta’s name into the conversation of Liga Bwin goal of the season.

Braga pressed for a winning goal and would get their reward in the final minute of the match, and it felt like it would be no one other than Ricardo Horta to again prove the difference. Excellent work in the buildup from Vitinha saw Braga’s number ninety-nine cut the ball back for a lurking Ricardo Horta to sweep a finish into the bottom corner, cueing an eruption of jubilant celebration around ‘The Quarry’.

What Braga means to Ricardo Horta was etched upon his face amid the joyous festivities, the team’s talisman coming up trumps yet again. The way he is playing at the moment, the outcome never felt in any doubt once Vitinha’s pass rolled into the skipper’s direction.

Ricardo Horta could even have helped himself to a hat-trick deep into stoppage time, released once more by Vitinha but unselfishly choosing to set up substitute Roger Fernandes, the teenager denied by Ferreira.

The result was unaffected though as Braga claimed an important win in what has proved a difficult season thus far, the three points helping to keep Gil Vicente at bay in the battle for fourth place and also the ideal response from last week’s painful Minho derby defeat.

Ricardo Horta has been right up there with Primeira Liga’s best and more importantly most consistent players over the last five seasons. If the transfer gossip columns are to be believed his form is not going unnoticed with clubs as big as European giants Liverpool being among those to have been keeping tabs on him of late. He’s long been a player deserving of a higher stage to display his talents and if these sorts of levels continue it’s only a matter of time before this comes to fruition, and with it maybe more Seleção action to come.

Horta is undoubtedly the form player in Portugal right now. If Horta wore the shirt of any of the Big 3, he would've been capped multiple times already. Time for Fernando Santos to call him up

He wouldn't have done much better against Man City last night.

Horta is a winger and Santos has shown a dislike to traditional wingers. yes he is playing well but who will sit for Horta?

Daniel Podence has not been called, Podence better than Horta?...

Horta is a winger and Santos has shown a dislike to traditional wingers. yes he is playing well but who will sit for Horta?

Daniel Podence has not been called, Podence better than Horta? How about Pote? How about Felix??

No point calling him up to sit on the bench unused.