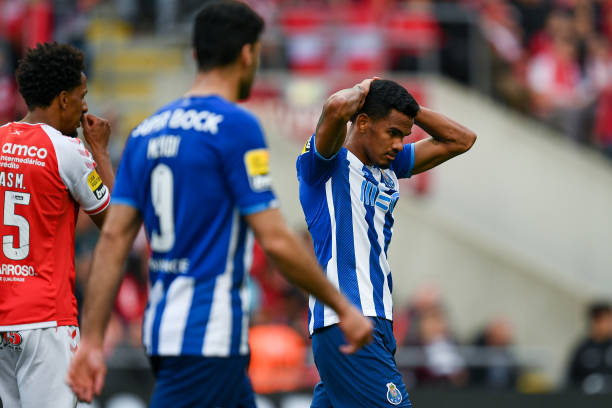 FC Porto have seen an unbeaten run of 59 Primeira Liga games come to an end after falling to a 1-0 defeat away to Sporting de Braga, this evening.

The Dragons, nine points clear at the top of the table, were hopeful of edging themselves closer to securing the league title in their visit to Braga but instead saw a Ricardo Horta second-half goal register their first defeat of the season.

Sporting cut Porto’s lead down to six points in the follow-up to the action at the Estádio Municipal de Braga, winning away to Boavista after a Matheus Nunes first-half strike, an own goal from Boavista’s Rodrigo Abascal and a Bruno Tabata spot-kick.

Elsewhere, Benfica failed to ramp up the heat on their city rivals Sporting following last week’s victory in the Lisbon derby, succeeding the win away at the Alvalade with a goalless draw against Famalicão to leave them eight points behind second place.

To burst the race for second place wide open was Benfica’s aim in their reception of Famalicão on Saturday night as they sharpened their tools in hunt of a home win.

The struggles were visible, however, with Diogo Gonçalves conveying the greatest threat to Famalicão’s goal late in the first half with a strike from the edge of the box prior to Luiz Júnior’s save, keeping things level going into the break.

In the 70th minute, Luiz Júnior starred for a second time between the sticks, beating away an acrobatic effort from Paulo Bernardo.

Unable to force their way through, a goalless draw at home for Benfica opened up the avenue for further disparity between themselves and second-placed Sporting, in action against Boavista.

Hopeful of getting their hands on the league title as early as tonight, Porto had to hold up their end of the bargain with a win away to Braga, themselves in search of securing a top-four finish as soon as possible.

The hosts held the bigger portion of big chances after almost witnessing Paulo Oliveira turning the ball into his own net in the 25th minute, replying with a strike against the crossbar from Ricardo Horta and a failed one-on-one venture from Abel Ruiz before half time.

Strikes from Galeno and Otávio late on failed to level the score late on for a desperate Porto showing, succumbing to their first league defeat of the season at the Estádio Municipal.

A double-save from Rafael Bracali against Nuno Santos and Pedro Gonçalves prolonged the wait for the game’s first goal before a well-steered Matheus Nunes finish, with eight minutes to go until the break, handed Sporting the advantage they so craved.

With some good fortune in the mix, the Lions made it 2-0 in the 58th minute via a Marcus Edwards cross, deflected onto the back-post and in via Abascal’s unlucky block.

Rúben Amorim’s men put a full stop to the game with a late third, originating from the penalty spot and converted by second-half substitute Tabata, taking Sporting eight points clear of Benfica.