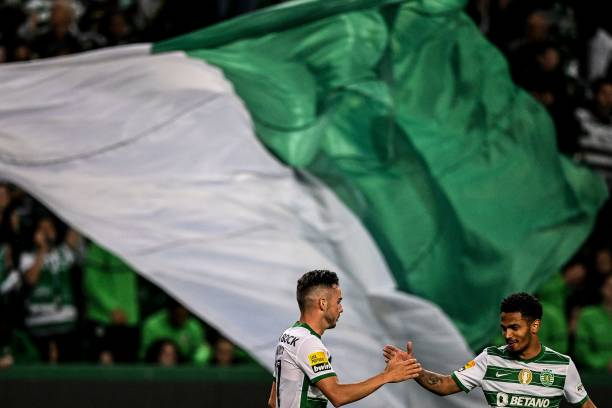 FC Porto have been made to wait a further week to get their hands on the Primeira Liga title after a 4-1 win for Sporting against Gil Vicente, securing UEFA Champions League qualification, kept the Lions in the hunt for first place, mathematically.

The Lions skipped by the Barcelos outfit in an open affair at the Alvalade, defeating their opponents with goals from Pedro Sarabia and Pedro Gonçalves.

Prior to Sporting’s home date with Gil Vicente, Benfica kept the pressure on in Madeira with a slender 1-0 victory against Marítimo, granted by an early Darwin Nuñez strike against the 10-men of Vasco Seabra.

Saturday night was completed by Porto’s home triumph versus Vizela, defeating the Primeira Liga new boys 4-2 to take Sérgio Conceição’s men within a point of clinching the league title.

With the appointment of Roger Schmidt made official ahead of the new season, Nélson Veríssimo placed a small handful of squad players in the XI to offer the German manager some food for thought come the summer.

It was through the tenacious intent of one, Gil Dias, that the Eagles broke the deadlock as early as the 2nd minute as the winger’s strike at goal was rebounded in by the usual suspect, Darwin.

Marítimo’s Cláudio Winck made matters worse for the hosts after a robust challenge on the young Sandro Cruz, earning the defender a red card just before the half-time interval.

With the one-man advantage, the game inclined itself towards Marítimo’s goal with Benfica enjoying the bulk of opportunities, but a sole goal was all the visitors required in their quest for three points.

In search of a bounce-back from their first league defeat in 59 games, Porto welcomed Vizela to the Estádio do Dragão in a bid to edge themselves even closer to clinching the league title.

Evanilson took advantage of a lapse of concentration from the visiting goalkeeper to open the scoring in the 22nd minute before his strike-partner, Mehdi Taremi, doubled their lead from the spot, just six minutes later.

From range, Alex Mendez pulled a goal back for Vizela before Nuno Moreira’s deflected effort, coming into the second period, had both sides back level at 2-2.

Porto edged themselves back in front in the 56th minute, however, through Chancel Mbemba, with the Congolese defender’s goal followed up by a second for Taremi to conclude a 4-2 victory and set up a tasty-looking affair away to Benfica, next week, where they can be crowned champions on rival territory.

A win at home for Rúben Amorim’s Sporting would see them secure their passage to the Champions League, ahead of third-placed Benfica, meanwhile also delaying Porto’s wait for domestic joy for at least another weekend.

From the penalty spot, Pablo Sarabia roared the Lions onto victory with the first goal in the 21st minute, succeeded by a Marcus Edwards finish in the 38th minute to give the hosts a 2-0 lead.

Sporting’s advantage was cut in half by Fran Navarro’s 16th league goal of the season, however, making it 2-1 going into the half-time interval.

The hosts regained comfort through a Lucas Cunha own goal, taking Sporting 3-1 up before another spot-kick, this one converted by Pedro Gonçalves, increased the Green & Whites’ lead further in the 62nd minute, bringing to an end a goal drought that had lasted almost three months for last season’s Primeira Liga top scorer.

Sporting’s 4-1 win saw them move back within six points of table-topping Porto.