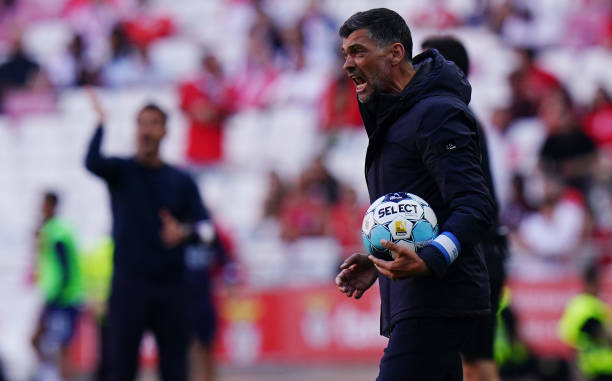 FC Porto have been crowned the 2021/22 Primeira Liga champions after landing a late 1-0 victory against Benfica at the Estádio da Luz to secure all three points, this evening.

The Dragons were out to repeat the scenes of 11 years ago that infamously saw the northern outfit celebrate the league title at the Luz in the dark and with the watering system turned on. Porto required just one point to earn them the right to hold the prized trophy aloft.

As the two sides readied themselves to share the spoils, a 94th minute Zaidu Sanusi finish, supplemented by a devastating Pepê counter-attack, rubber-stamped a title-winning campaign for Porto - Sérgio Conceição’s third in five years.

Forced into a couple of changes, Benfica welcomed an almost full-strength Porto side to Lisbon with Valentino Lazaro and Gil Dias in the starting XI as Rafa Silva, Everton Cebolinha and Diogo Gonçalves all missed out on the Clássico.

In a cagey and combative affair, Mehdi Taremi had the first real sighting of goal after being put through one-on-one in the 19th minute, with defenders in pursuit, before Odisseas Vlachodimos made himself big with success to thwart the Iranian striker.

With quality lacking at either end, the two rivals walked away from a tempestuous first half with the scores locked at 0-0, leaving the Dragons just 45 minutes away from getting their hands on the league title in pragmatic fashoin.

Benfica brought the enthusiasm for the second half, however, and found themselves 1-0 up through Darwin Nuñez as early as the 52nd minute, only for the VAR to catch the Uruguayan just two centimetres ahead of the Porto backline and chalk off what looked like being the opener in the Clássico.

As Porto’s defence tightened with each passing minute, the hosts poured men forward in hope of preventing their rivals celebrating on their own patch.

Adel Taarabt attempted to force a way through with a guided effort from range in the 87th minute - a strike Diogo Costa responded to with a parry away from goal to keep the net secure.

But just as the draw began to look increasingly likely, it was against the run of play that Pepê led the Porto counter in the 94th minute before feeding Zaidu, inside the box, for a fatal blow to the hosts’ spirits on their final home outing of the season.

The Nigerian’s 11th-hour strike sealed the league title in a 1-0 win for Porto, with a Primeira Liga game to spare.

Cheers to all the other teams in the league for a fun season. Sporting for being a great rival, Benfica for being fantastic in the Champions League, Braga for being fun to watch, and all the others, Vizela, Portimonense, Santa Clara, Maritime, Arouca, everyone. Cheers.