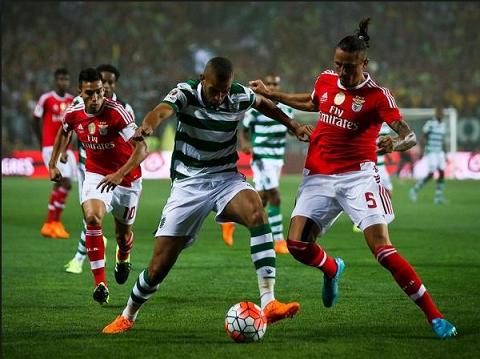 The platform for soccer lovers

Sorare is a global platform that mixes the best of fantasy and works by player cards that are a copy of NFT (through cryptocurrencies), and whose cards depending on their colour have different value.

The Sorare company has reached agreements with the best leagues in Europe counting of course with the Primeira Liga, Spanish La Liga, Serie A or Bundesliga among others, in order to make collections of cards of their players among which could not miss the stars of Benfica, Porto and Sporting.

What are these cards for?

The cards are identified with each player of these competitions. The data that appear are the player's name, age, nationality, club, position, number, season and the type of card and its numbering. And depending on the level of the player and the club, they have a value. Among the most special are for example those of Rafa Soares (Vitoria Guimaraes), Gonçalo Inácio (Sporting Clube of Portugal), Rafa (Benfica), Uribe (FC Porto) or Banza (FC Famalicão).

They are used for collecting, especially some players among them national players (and the fact is that Portugal's youth academy is the most talented in Europe and this is reflected in the current season), but also the players' cards are used to compete in the Gameweek organized by Sorare every week and in which you can get prizes in money or in the form of cards.

There are five types of cards on the platform. Each card has a multiplier that increases the more you play with it. That is to say, if it is used in these weekly tournaments, its value increases.

On the one hand, there are the common cards, which are the most basic level. These are not bought or negotiated with. They are cards that you have as a base.

Then there are the cards that have a yellow background. These already begin to have an economic value. To enter the Sorare world and start bidding they are perfect. There are only 1,000 copies per player.

At the next level are the red ones. These cards are rather more limited, as there are only 100 for each player.

Next are the blue cards, which, in addition to the fact that they cannot be used in any division, have a stock limit of only 10 cards per player. This is why they are known as "very rare" cards.

And the first level cards are the black cards. They are called "unique" cards because they are really difficult to obtain. And in this case the number of cards per player is limited to only 1 per player per season. To own one of these cards is to have a treasure with which you can make a good deal.

And how can I get the cards?

When you register in Sorare you get 10 cards of the so-called "common" cards for free. To enter the movement you need more cards and for the system to provide them you have to participate in the tournaments. In this way you will get many of the common cards, which although they do not have an economic value, they are the tool to start participating.

The other cards are the ones that are there to do business. For these other cards you have to pay and they are obtained through auctions, bids, making a private offer to their owner or getting one of these cards as a prize won in a tournament. These digital cards can be bought or traded with other players.

Between nostalgia and virtual

The keys are to have the ability to read the game and to know what you have to do depending on the team you have managed to assemble. Just like in real life. Portuguese youngsters love soccer. There is a lot of street soccer, but it is also enjoyed now taking advantage of new technologies. Those who have already tried it confirm that it is really attractive to try to have a good collection and participate with it. If you add to this the fact that you can obtain an economic benefit, the game is perfect.