All change in the Primeira Liga: major comings and goings in Portugal’s top flight 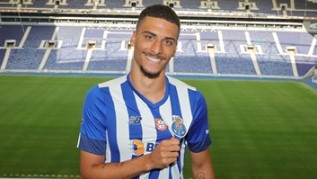 Major talents leaving the league, a sprinkling of exciting newcomers, some big domestic transfers and the managerial merry-go-round in overdrive. Just another close-season in the Liga Bwin.

PortuGOAL rounds up the major movers so far this summer and possible implications ahead of the 2022/23 campaign in Portugal.

Champions Porto sanctioned the big-money departures of midfield duo Vitinha to PSG and Fábio Vieira to Arsenal. Coming on the back of the January sale of Luis Díaz to Liverpool, the groundswell of opinion among Dragons fans was threatening to get ugly in relation to the club’s seemingly never-ending financial dire straits and consequent inability to hold onto their star players.

The feeling of frustration was somewhat appeased however, with the arrival of Braga centre-back David Carmo for a domestic transfer record fee of around €22 million. Carmo’s signing is especially important given the failure to hold onto centre-back Chancel Mbemba, who leaves the club on a free transfer after running down his contract.

As expected, the Lions lost Pablo Sarabia, whose loan from PSG was not renewed, and João Palhinha, who will try his luck in the English Premier League after signing for Fulham. The major incomer and the man earmarked to fill the considerable Sarabia-shaped hole in terms of attacking creativity is Francisco Trincão, who is expected to complete his move from Barcelona imminently.

Benfica started the transfer window with a bang by selling last season’s top scorer in Portugal Darwin Núñez to Liverpool for a fee that could rise to €100 million, just two years after purchasing the Uruguayan striker for around one fifth of that price. Brazilian international Everton Cebolinha also leaves Lisbon having failed to live up to expectations.

A handful of interesting arrivals include Argentine midfielder Enzo Fernández, signed from River Plate, Brazilian centre-back João Victor bought from Corinthians, right-back Alexander Bah and forwards David Neres and Petar Musa. New Benfica manager Roger Schmidt is currently in the process of identifying which players to offload from a bloated squad, with left-back Álex Grimaldo rumoured to be one of them.

As well as the loss of David Carmo, Braga will also be without full-back Yan Couto and centre-back Diogo Leite this coming season, with their loan periods coming to an end. Unsurprisingly, the Guerreiros have moved to address a potential shortfall in defence by signing youngsters Victor Gómez (Spanish right-back) and Sikou Niakaté (French centre-back) as well as experienced former player Cristian Borja, who can play as a central defender or at left-back.

The major question mark hanging over Braga remains whether or not talismanic captain Ricardo Horta will remain at the club, with Benfica and Porto both reported to be interested in signing him.

A sad inevitability of mid-range clubs overachieving in Portugal is the subsequent breaking up of their squad. Gil Vicente is a case in point, the Barcelos team losing the brilliant Samuel Lino and their midfield creator Pedrinho, who move to Spain and Turkey respectively, as well coach Ricardo Soares.

Ivo Vieira will be in the dugout, with goalkeeper Kritciuk and midfielder Pedro Tiba two notable signings.

Financial limitations have led to Vitória losing two key players in the shape of Rochinha and striker Estupiñan, while Portugal veteran Ricardo Quaresma has also left the Dom Afonso Henriques stadium. And with a series of unheralded names picked up on the cheap, coach Pepa will be hard-pushed to improved on last season’s 6th-place finish.

One bright spark though could be former Casa Pia forward Jota, the Jack Grealish lookalike putting pen to paper on a transfer after protracted negotiations.

The Azorean club is another team that has its work cut out to match last season’s impressive showing, having lost midfield duo Morita and Lincoln – their two best players.

As ever, frenetic transfer activity has taken place at Famalicão, with eleven departures (the major loss being striker Simon Banza) and six newcomers at the time of writing. Welsh left-back Owen Beck, signed from Liverpool, is one to look out for.

Former Benfica manager Nélson Veríssimo is the new coach at Estoril, and the club pulled off something of a coup by snapping up Sporting’s highly rated right-back Gonçalo Esteves on loan. But getting the team to gel will not be easy after wholesale changes have been made to the squad with 10 outers and 7 incomers.

As well as losing star striker Petar Musa to Benfica, Boavista will be weakened by the departure of impressive Brazilian defender Nathan, who has returned to his home country signing for Athleticso Paranaense.

Portimonense will be pleased to have captured former Nacional striker Bryan Róchez, while newly promoted Chaves have boosted their squad with the acquisition of experienced campaigners Steven Vitória and Nélson Monte.

Before the last season began Benfica were considering selling Darwin to westham for a bit less than what they've bought him for. Very curious to see how Trincao and Carmo will do at their new clubs.

Trincao may struggle. We need people who can put the ball in the back of the net. I don't think that's Trincao.

Dan DaSilva
There are no comments posted here yet