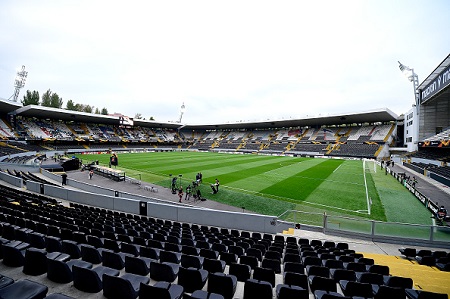 Goals to Rúben Lameiras and Tiago Silva established a 2-0 half-time lead, substitute Anderson Silva scoring within a minute of being introduced to seal the deal.

It was welcome relief after an action-packed fortnight for the Minho club, new club president António Miguel Cardoso unexpectedly sacking Pepa and replacing him with B team boss Moreno Teixeira.

PortuGOAL's Matthew Marshall assessed the match and the current situation for the Minho club.

It took just four minutes for Vitória to take the lead at Estádio D. Afonso Henriques. André Almeida, André Silva and Jota played their part in the opener, the ball falling perfectly for Rúben Lameiras who followed up his cross and finished into the bottom corner.

Jota temporarily switched from the left to right wing which immediately saw his involvement and interactions with his teammates increase.

Os Conquistadores pressed to extend their advantage, Almeida driving forward and forcing a save from Tamás Markek. The Portuguese U21 midfielder then saw his shot deflected over the bar after a clever 1-2 with Jota.

The second goal came in the 39th minute with Jota involved once again. The 22-year-old surged down the left wing, his cross laid off by André Silva into the path of Tiago Silva who smashed the ball into the top corner.

Guimarães seemed intent on allowing the Hungarian club back into the game after the break. Almeida’s horrible pass was picked up by Shahab Zahedi who forced a save from Bruno Varela, Vitória’s shot stopper on hand moments later to tip a deflected ball over the bar.

Puskás’ best chance came in the 61st minute when Ryoya Ogawa gifted the visitors another chance. Zahedi was the recipient once again, appearing to make enough space to fire into an open net before dragging his shot well wide.

Moreno Teixeira replaced André Silva with Anderson Silva in the 64th minute and the Brazilian striker wasted no time in making his mark. Within 60 seconds of being introduced, he raced onto Jota’s through ball and fired through Markek’s legs.

The rest of the match was largely uneventful, the visitors unable to find a way back into the game and facing an uphill battle to overturn the deficit in Hungary next week.

Violence in the stands

There were ugly scenes in the stands at half time with a group of ultras fighting with riot police. Chairs were being thrown and batons were being wielded with neither side taking a back step.

The Public Security Police (PSP) released a statement saying that something was thrown onto the field after Vitória’s second goal which forced them to intervene.

They justified the violence by saying they detained a supporter for "resistance and coercion to authority", a fan that is apparently banned from entering sports venues by the APCVD-Authority for the Prevention of Violence in Sport.

"During the interval of the game, the PSP, through the police officers on duty at the sports venue, went to the place where the supporter responsible for the throw was with the aim of identifying him, who, like other supporters, offered resistance to the PSP, reacting violently, assaulting and coercing the police. This would culminate in a police intervention with a view to restoring order."

Pepa’s first season in charge of Vitória resulted in a sixth-place finish in the Primeira Liga. His side went on a poor run of form from late January into February, four losses in five games including a 3-2 defeat in Vizela, 1-0 defeat at Belenenses SAD and a 3-1 home defeat against Arouca.

The 41-year-old manager had two more years on his contract but was dismissed nine days before their first competitive match of the season.

The initial fractures in his relationship with president António Miguel Cardoso appears to have come when club captain Rochinha was sold to Sporting Clube de Portugal without his knowledge.

Following a meeting with Miguel Cardoso to discuss the squad, it became clear to Pepa that he was not being considered in the club's signing policy.

The President gave his version of events in a lengthy statement in 13 July: "What has been happening is a misalignment between our ideas to save the club and the coach's interests, which are perfectly justifiable. 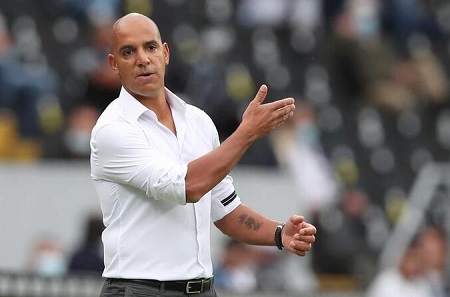 We had several meetings and we started to see statements from Pepa at the end of open training in which he said that the team had secondary players, that it needed reinforcements, without anything being agreed with us.

We had statements that did not motivate our young players. There were clear signs that there was misalignment in terms of the Vitória project. That was very clear. From the moment this misalignment happened, we tried to be flexible.

But yesterday we had a meeting to talk of a potential signing and coach Pepa exceeded certain limits. From that moment, the line was crossed, and I had no choice but to change coach. The path was perfectly misaligned and it ended yesterday."

Pepa took to social media, saying he left "with a clear conscience" after having done "everything" to defend the interests of the club. Days later he was introduced as the new manager of Saudi Arabian club Al-Tai.

As is the case with most disputes, the truth is probably somewhere in the middle. Miguel Cardoso’s decision to sack Pepa was a power play and a clear statement of intent to create a new identity for the club.

His estimation of Pepa’s ability as a manager might not have been very high. Does Pepa or any Vitória de Guimarães manager deserve praise for finishing sixth, or is that simply the minimum expectation for a club this size?

Ricardo Quaresma was approached to comment and was not surprised by the separation, saying "surprise? Not surprise. I never thought it would be so early."

Regardless of all the reasons that led to Pepa’s departure, it’s poor timing especially weeks after after Nélson Veríssimo took charge of Estoril, a manager who would have been a great fit for Os Conquistadores.

Pepa’s ability to get a new job in such a short time frame is clear evidence that he and his agent were already maneuvering for a way out before he was sacked, and the dispute with Miguel Cardoso that led to his sacking was probably premeditated.

Who is the new manager?

António Miguel Cardoso promoted B team manager Moreno Teixeira to the top job following Pepa’s dismissal. Moreno was born in Guimarães in 1981 and was a defensive midfielder for Vitória in two difference spells during his playing career.

The decision was immediately questioned by the National Association of Football Coaches due to Moreno apparently lacking the qualifications required to be a head coach in the Primeira Liga.

Miguel Cardoso’s solution to Moreno's lack of credentials saw him hire 49-year-old João Aroso, a coach with limited and underwhelming experience. Aroso will be the figurehead of the technical team, taking the heat off Moreno who can pull the strings from a non-existent distance.

Who is António Miguel Cardoso?

The 45-year-old businessman with a degree in marketing and management won 63% of the votes in the elections, defeating previous president Miguel Pinto Lisboa who won 19% of the votes and Alex Costa who obtained 18% votes.

It was a big swing from the 2019 elections when Pinto Lisboa became president after winning 51% of the votes and Cardoso gained 31%. 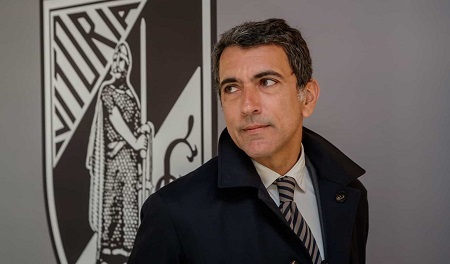 Pinto Lisboa took charge of the club at a tough time and failed to last three years in the top job. Before the elections he stressed how much the pandemic had affected the club, saying "It was two years and seven months of many difficulties, with two years of pandemic. And the pandemic had a brutal impact on the economic and social contexts."

Vitória’s members didn’t see it the same way and had little sympathy.

Before the elections Miguel Cardoso promised to "change the communication and culture of the club."

One of the major problems that he identified in his campaign was previous sporting director Carlos Freitas, whom he said "never took responsibility for anything." He also blasted some of the internal structures in the club, saying that "leadership is lacking because people are very lost."

Miguel Cardoso had no doubts that Vitória have the prestige and potential to overtake rivals Braga on the field. "When Vitória is balanced in financial terms, it will then be able to make a higher leap than Braga. This club is already much superior to Braga in terms of number of supporters, members and even strength. We have to think about ourselves, adjust and ultimately grow."

How is the squad looking?

Vitória have been forced to go back to basics and focus on youth development in an attempt to gain some stability. Sharp scouting is going to be more important than ever for the Minho club.

Centre back André Amaro, left-back Hélder Sá, right-back Miguel Maga, midfielders Tomás Händel, Ibrahima Bamba and attacking midfielder Dani Silva all came through the youth ranks in Guimarães and should be afforded opportunities to prove themselves.

Midfielder André Almeida, an important part of Portugal’s U21 side, is Vitória’s most prized player and could be sold in the coming days.

It’s unlikely that many of the 14,863 spectators who celebrated the victory over Puskás would have been concerned about the quality of the Hungarian club.

Vitória’s defence showed some alarming signs that could be problematic against superior opposition, Moreno with much work to do on the training pitch.

The main reason for optimism is definitely Jota who was a key player in Casa Pia’s promotion to the Primeira Liga last season and man of the match against Puskás.

The Jack Grealish lookalike is a crowd favourite after just one match, the 22-year-old winger full of energy, enterprise and excitement, attributes that Guimarães supporters will hope becomes contagious and spreads throughout the squad.