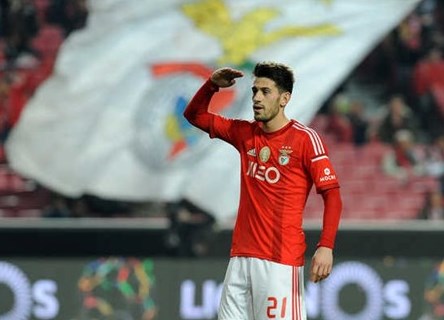 Although it comes as no surprise, the subdued exit and fraught end to Pizzi’s career at the Estádio da Luz feels unsatisfactory for both the player and the Lisbon club.

It should not be forgotten that we are talking about a footballer who gave outstanding service to the Eagles: 8 seasons, 360 games, 94 goals and 10 trophies. So how did it end this way?

Pizzi arrived at Benfica having steadily built a reputation as a useful attacking weapon in loan spells at several Portuguese clubs and in particular across the border in La Liga at Atlético Madrid and Deportivo La Coruña.

At Benfica Pizzi played as a number 8, number 10 or a false winger and maintained a consistently high performance level throughout his time with the Eagle on his chest. He did well under Jorge Jesus and Rui Vitória, but his game reached another level under Bruno Lage.

Pizzi was integral to a spectacular recuperation by Benfica in the second half of 2018/19 as Lage’s team clawed back a 7-point deficit to reel in fierce northern rivals FC Porto and snatch the championship title. In one and a half seasons under the current Wolves manager, Pizzi scored 35 goals and provided 30 assists. 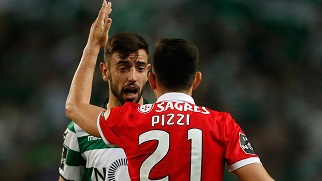 His displays were too good for Fernando Santos to ignore, and Pizzi at this stage of his career was a regular part of the Seleção squad. Indeed, there was much talk among Portugal fans about who was most deserving of a spot in the national team’s midfield, Pizzi or Bruno Fernandes, with both players showing superb form for Lisbon rivals Benfica and Sporting, and engaging in intense battles whenever the two sworn enemies met.

But it was under Lage that rumours first began to surface about Pizzi being a bad influence in the dressing room, along with other veterans André Almeida and Rafa Silva. Lage always denied it: “[Pizzi & Rafa] were never a problem. Under me Pizzi scored 20 goals a season and Rafa had his best season. The problem [in Lage’s second season] was that there were no alternatives and no opportunity to rotate, and we were playing every three or four days.”

But Pizzi never shook off those rumours and it all went sour when the returning Jorge Jesus and Pizzi had a training ground bust-up. An emergency meeting involving the club’s board ensued, resulting in newly installed president Rui Costa deciding it was best for JJ to leave, the charismatic coach having failed to replicate the success of his first spell at the club.

Pizzi never recovered his standing, either as key player under interim coach Nelson Veríssimo, or among the fans. Six months down the line and Pizzi has rescinded his contract and heads to the Middle East with little fanfare. Although Benfica acknowledged Pizzi’s departure with a brief farewell video on the social networks, it cannot be denied that both the club and the fans are pleased to see the back of the now 32-year-old.

The overriding feeling seems to be that Pizzi was something of a flat-track bully, who would put Portugal’s lesser teams to the sword but struggled to make an impact in the big domestic matches and in the Champions League. He may also have outstayed his welcome, having faded markedly in the last couple of seasons.

Nevertheless, Pizzi’s record speaks for itself, and with the passage of time he is likely to be looked upon with more appreciative eyes. Perhaps a more accurate gauge of how his Benfica career should be remembered is the reaction from a range of his former colleagues, who showed their respect by making a point of marking Pizzi’s departure from the club with public messages of support and gratitude, using his trademark “salute” goal celebration.

Poor Pizzi, don't let the door hit you on your way out.... at least you can go see Portugal play in World Cup in Qatar. Its only a 7 hour car drive from Dubai to Qatar. LOL

Pizzi deserves better. Best Benfica player in many of the games

Pizzi was Benfica's main man and a huge part of their team for years, a joy to watch and a match winner on many occasions.

Pizzi was Benfica's main man and a huge part of their team for years, a joy to watch and a match winner on many occasions.

There are plenty of fake football 'supporters' who wouldn't remember or know what happened last week let alone four or 60 years ago.

The respect he got from so many former teammates is all that really matters here and says it all.

I’m astonished at SLB breaking up Bruno Lage’s team!
I’m even more astonished that my fave side - Wolves - haven’t signed any of them!

Why are we chasing...

I’m astonished at SLB breaking up Bruno Lage’s team!
I’m even more astonished that my fave side - Wolves - haven’t signed any of them!

Why are we chasing phantoms like Mateus Nunes who doesn’t want to play for us?

Read More
Mike Calvert
There are no comments posted here yet