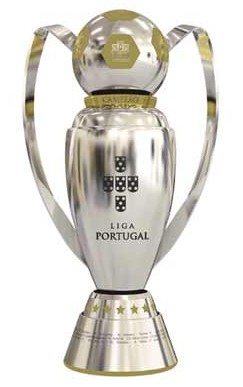 The wait is almost over. The Primeira Liga kicks off on Friday night at the Estádio da Luz in Lisbon, as Benfica host Arouca in the inaugural match of the 2022/23 Bwin Liga season.

Ten months from now, in what will be a highly unusual World Cup interrupted season, who will be crowned champions of Portugal?

With the Covid-19 pandemic finally well and truly behind us in terms of the disruption it caused to players, teams and spectators, Benfica, Porto and Sporting supporters all have plenty of reasons for optimism ahead of the new campaign.

No doubt fans of all three clubs have been poring over the Primeira Liga schedule since it was released in early July, and there is a palpable sense of excitement in this football-adoring country.

Competitiveness: a question of perspective

Is the Liga Bwin a competitive or an uncompetitive league? It depends how you look at it. On the one hand, only twice since the first national championship as we now know it took place in 1934/35 has the league been won by teams outside the traditional Big Three. So that must mean it’s uncompetitive, right? Well, not necessarily.

If we compare Portugal’s league to elsewhere in Europe, we find something similar, especially in the recent history of the game. In countries that can be compared to Portugal in terms of size there is often one hugely dominant team, such as in Greece (Olympiacos) and the Netherlands (Ajax), or two traditional rivals cleaning up the silverware such as in Belgium (Club Brugge and Anderlecht) and Scotland (Celtic and Rangers).

Even in the strongest leagues, you can usually pick the winner before the season begins from an extremely restricted selection of one or two clubs: Manchester City or Liverpool in England; Real Madrid or Barcelona in Spain. You can even present a plausible argument that in Germany and France Bayern Munich and PSG have won the league before a ball has even been kicked and the rest of the “contenders” are playing for second place!

While it is true that Benfica and Porto have dominated in recent decades, Portugal’s other major club, Sporting, has re-emerged under brilliant young coach Rúben Amorim, coming 1st and 2nd in the last two years, and the Green and Whites are deemed genuine title candidates again in 2022/23.

However, current champions Porto are also well served by their coach, Sérgio Conceição, who has done an incredible job at the Estádio do Dragão. The former Portugal international has led the Dragons to the championship title 3 times in his 5 years in charge despite having his hands tied for much of that time in terms of having to deal with a transfer embargo due to UEFA’s financial fair play rules.

Benfica are Portugal’s most well-supported and historically successful club, and from 2013/14 to 2016/17 they reeled off four successive league triumphs, but the Eagles have fallen on hard times, winning nothing for three seasons, which is an eternity for Benfiquistas. The early indications, however, are that under new coach Roger Schmidt, Benfica have got their mojo back.

In short, the ingredients are in place for an epic title race this year, in which all three of Portugal’s major clubs have every chance of coming out top of the pile in May.