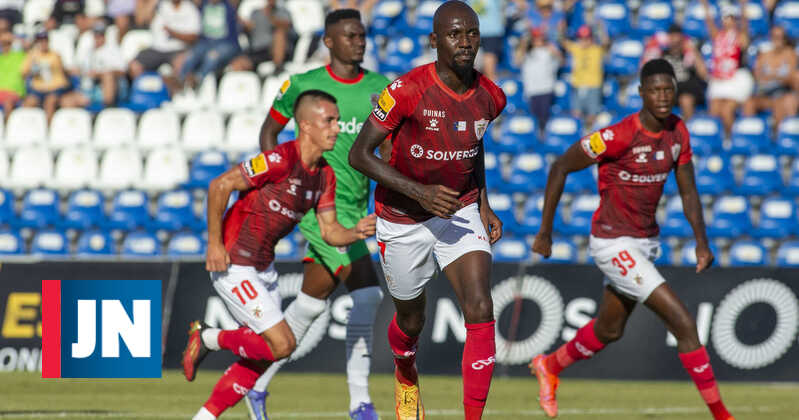 Ten-man Marítimo have been plunged deep into crisis mode after a 2-1 defeat away to Santa Clara left them pointless at the foot of the table after five league games.

The Lions from Madeira took the lead but were unravelled by a second-half turnaround from Santa Clara, turning the game on its head and and Marítimo boss Vasco Seabra facing the axe the next day.

Travelling across different terrain, a fourth win from five games took Portimonense level on points with FC Porto after succeeding at home versus Famalicão, helped on by Pedrão’s sole goal.

Elsewhere, both Chaves and Rio Ave played out a 1-1 draw on Monday night to round off Matchday 5, fending off the Vilacondenses’ hopes of catching up with the Flavienses in the league table after last week's shock victory over Porto.

The visitors were entering must-win territory after opening the season with four consecutive defeats, mounting the pressure on all fronts at the club as they took to the island of Azores to face Santa Clara.

Marítimo found themselves well-placed after a solid start, strengthened by a beautifully-guided half-volley from Xadas on the edge of the box, going in off the post in the 36th minute.

An even rosier outlook to a sunny afternoon was being painted when the Madeira outfit were gifted the chance to double their lead from the spot in the 42nd minute, but Joel Tagueu fluffed his lines when striking the golden opportunity against the bar.

The tide turned on the island after a controversial 52nd minute penalty was given Santa Clara’s way as Allano, with one of the longest run-ups you’re likely to see, slotted the ball coolly past Miguel Silva to equalise.

In pure capitulation mode, André Vidigal made matters worse just a minute later after a studs-up challenge earned the winger a straight red card and left Marítimo fighting on with ten man.

The writing was on the wall from that moment with Matheus Babi providing the inevitable in the 60th minute, deflecting in Santa Clara’s first winner of the season and leaving Marítimo in last place.

On Monday evening the Madeira club announced manager Vasco Seabra had been relieved of his duties.

High spirits in Portimão welcomed a Famalicão side tasked with halting a run that’s placed Portimonense high up the table, as the hosts set their sights on catching champions Porto.

The visitors targeted the absence of Samuel Portugal, now with the Dragons, with a handful of early attempts at Kosuke Nakamura’s goal, to which the Japanese deputy handled with distinction.

Bryan Róchez issued a response with Portimonense’s best chance of the game in the 63rd minute, popping up at the near-post before steering a half-volley onto the frame of the goal.

The forward’s chance was a signal of things to come as Pedrão, no more than a couple minutes later, emerged at the back-post with a powerful header to give the home side a 1-0 advantage they craved.

Only the opposing post stood between Welinton Junior and goal number two for Portimonense from a free-kick, but the slender lead was enough to take Paulo Sérgio’s men over the line, pocketing 12 points out of possible 15 in fourth place.

In a meeting between two of the Primeira Liga’s new boys, Chaves and Rio Ave drew the curtains on a long week of football with a direct tussle to fly up the league table.

The Flavienses caught the visitors out in possession to punish Rio Ave in the 32nd minute, with ex-Atlético Madrid forward Héctor Hernández completing Chaves’ counter with the opening goal.

A crucial stop from Jhonatan kept Juninho out in his search for goal number two in the 65th minute as Vítor Campelos’ men eyed some breathing space between them and trailing Rio Ave.

The goalkeeper was called upon again for an important save in the 87th minute, enabling Leonardo Ruiz to break Chaves hearts a minute from time with an 11th-hour equaliser.

Locked at 1-1, Rio Ave followed up their success at home versus Porto with a point, meanwhile the result keeps Chaves high in 6th place, trailing Boavista by a point.