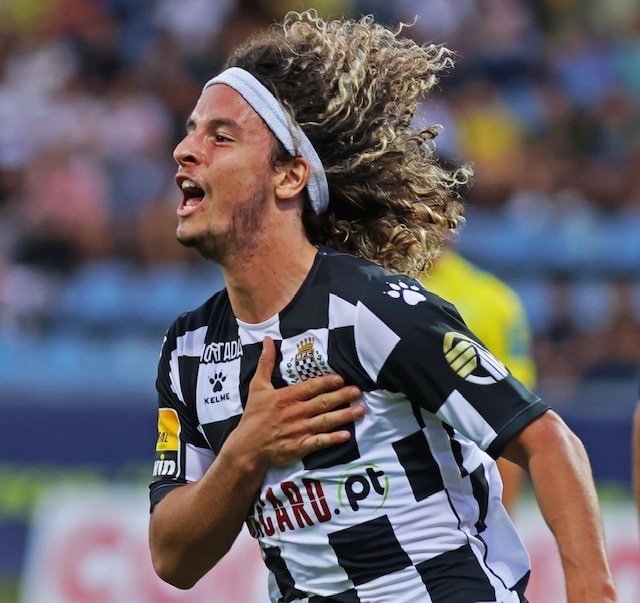 Boavista have climbed up to fourth in the Primeira Liga table after a 2-1 turnaround away to nine-man Arouca pushed them above high-flying Portimonense on goal difference.

The Black Panthers were caught a goal down in an ill-tempered clash against Arouca before goals from Vincent Sasso and Martim Tavares made it four wins from six for Petit’s men.

At the very top, Benfica prolonged their run of rich form by maintaining the 100% record that’s stapled them to the top-spot, with Famalicão becoming the latest victims of Roger Schmidt’s outfit in a 1-0 victory for the Eagles.

Marítimo, however, continue to navigate through a very different reality following a sixth consecutive loss, dealt by Gil Vicente in a 2-1 home defeat that keeps the Madeira outfit rooted to the bottom of the table.

Following a winning debut in the Champions League, Benfica were tasked with shuffling the pack and making it six wins from six away to Famalicão as Julian Draxler made his anticipated debut for the Eagles.

There was no luck in store for the Reds in the first half, however, who were, in turn, largely able to keep Famalicão at bay en route to a goalless half of football.

Luiz Júnior was the star of the show between the sticks as he proceeded to keep Benfica out in the second half, but the Brazilian shot-stopper was later undone by a Rafa Silva flick, diverting Alex Grimaldo’s low cross into the back of the net in the 63rd minute.

Benfica required no more huffing and puffing with Rafa's deft touch, standing as the sole goal between both sides at full time in a narrow victory for the visitors.

After Portimonense’s nightmare visit to the capital, resulting in a 4-0 defeat at the hands of Sporting, Boavista were given the chance to go level with their early-season rivals on points and claim a top-four spot for themselves. Their opponents, Arouca, came into the encounter with a clanger following Ismaila Soro’s straight red card just ten minutes in, but the hosts still found a way to take the lead via Rafa Mújica in the 27th minute.

Boavista issued their response just four minutes later, via Vincent Sasso, with an accurate header aimed at the back-post by the French centre back. Petit’s men forced their way ahead in the 70th minute with a goal on the follow-up from Martim Tavares, registering the 18-year-old’s second goal of the season.

The game concluded with yet another red card for an Arouca man after a late and reckless challenge from Jerome Opoku in the 84th minute, leading Boavista to victory.

Five losses on the bounce was enough to call time on Vasco Seabra’s tenure at Marítimo, with Sunday’s date with Gil Vicente signalling the beginning of the João Henriques era across turbulent times on the shores of Madeira.

Léo Andrade provided the new manager with the perfect start to life with the Primeira Liga mainstays, placing them a goal up against the Barcelos outfit following the defender’s header from close range.

Gil Vicente ended the half strongly, however, and just two minutes following the restart, star-man Fran Navarro ensured that Marítimo’s joy was short-lived with the game’s equaliser. In the 85th minute, Navarro was there again to land the definitive blow in Marítimo’s afternoon with a second goal, keeping the home side below Paços de Ferreira, also winless, at the bottom of the Primeira Liga table.