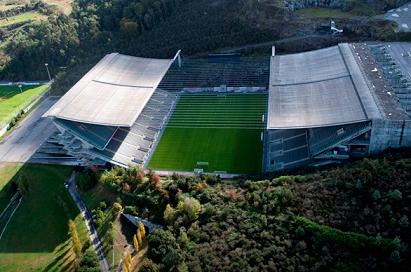 What associations do you make when you hear the word “PORTUGAL”? Sea, sun, beaches, port? Personally my first thought is football and the country’s Portuguese soccer stars.

The topic of Portuguese football cannot be neglected at all, especially if there is a story to tell, which is what we are going to do in our casino review UK article. More specifically, in this article we are going to discuss Portugal’s stadiums. There’s a lot to see and learn here.

As befitting a football-crazed nation, almost every city with a sizeable population has its own reasonably modern and beautiful arena, usually with its own particularity marking it out as unique from all the others.

Over a century of history

Football was introduced to Portugal at the end of the 19th century by Portuguese students returning from England. Guilherme Pinto Basto brought the new game to Portugal in October 1888, and the first match was organised in January 1889 between representative sides from Portugal and England. The Portuguese won 2-1. With the Portuguese-British confrontation, football began to attract the attention of the upper classes.

The battle for domestic honours is usually between three clubs: FC Porto, SL Benfica and Sporting CP. In addition to the three giants of Portuguese football, two other clubs have won the Portuguese championship: Belenenses in 1946 and Boavista in 2001.

All the major stadiums are close to metro stations 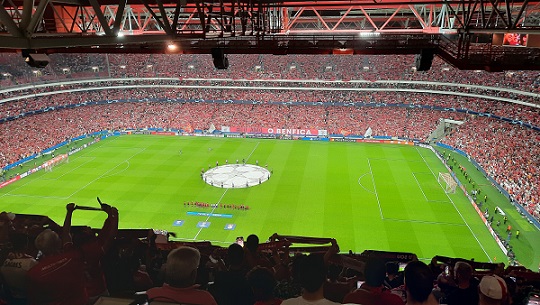 For a foreigner, the easiest way to get to the stadiums of one of the Big Three is by metro. Benfica’s Estádio da Luz (pictured, left) is located between the Colegio Militar and Alto dos Moinhos stations.

To get to Sporting’s Alvalade XXI stadium, get off at Campo Grande and, somewhat confusingly, not the metro station named Alvalade!

For the Porto stadium get off at the station that has the same name as the venue – Estádio do Dragao.

Make a day of it with the stadium/museum tour

The Estádio da Luz, Estádio Alvalade XXI (also referred to as the Estádio José Alvalade) and Estádio do Dragao are all modern stadiums built for the 2004 European Championship, which Portugal hosted. They all have a capacity of 50,000+, with Benfica’s the largest, able to seat 65,000 fans.

Stadium tours are available for all three venues, which includes a visit to the respective club museum and the guides provide information in two languages: Portuguese and English.

Other famous stadiums in Portugal

The Braga Municipal stadium, home of Sporting Braga, is an authentic work of art, and has won multiple awards for its daring and unusual design, built into a former quarry.

Boavista’s Estádio do Bessa in Porto is unusual in Portugal as it follows the traditional English style of steep stands very close to the pitch.

Staying in the north, the Estádio Dom Afonso Henriques (named after the first king of Portugal) in Guimarães is another modern stadium built for Euro 2004 and which some claim has the most fervent atmosphere in Portugal, generated by the passionate Vitória fans. 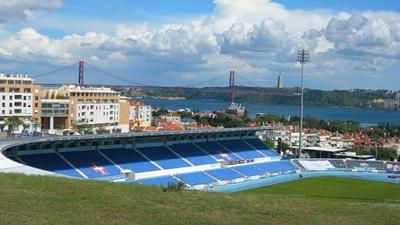 For aesthetic beauty, you will be hard pressed to beat Belenenses’ Restelo Stadium in Lisbon (pictured, right), set on a hillside with marvellous views overlooking the 25 de Abril bridge, the River Tagus and the Jesus Christ statue on the opposite bank.

Another stadium that is pleasing on the eye is Leiria’s Estádio Dr. Magalhães Pessoa, with the castle perched atop a nearby hill providing a delightful backdrop.

Algarve is one of the world’s favourite tourist destinations, and Portugal frequently play matches at the Estádio do Algarve at the end of the summer.

Its design resembles one of Portugal’s historical Caravela ships, a nod to the country’s glorious seafaring past. With no permanent club playing there, the stadium also frequently hosts festivals and concerts.

As you can see, as well as the superb football served up in Portugal, the wide-ranging, modern and architecturally stunning stadiums are sure to make any trip to take in a match in the country a memorable occasion.