PortuGOAL Figure of the Week: António Silva's reputation grows as Benfica march on 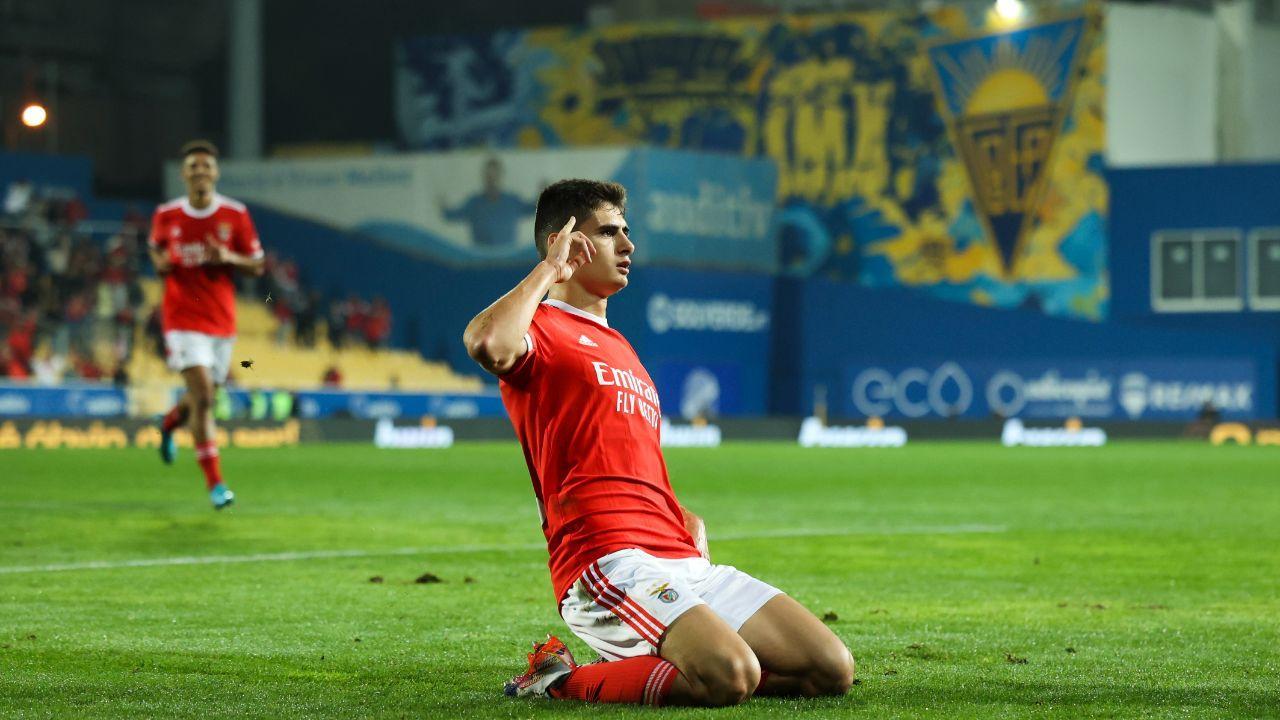 Only one round of matches before the World Cup in Qatar remains in Portugal’s Primeira Liga after this weekend’s action concluded with Chaves and Santa Clara’s 0-0 draw last night.

At the top though there presently looks to be no catching runaway leaders Benfica, who thrashed Estoril to stretch their advantage as league leaders to eight points. Centre-back António Silva was a surprise contributor with two goals but his high level of performance is quickly becoming the norm as the talented youngster and PortuGOAL Figure of the Week continued to enhance his growing reputation.

Just 19 years of age, the somewhat clichéd meteoric rise in footballing terminology certainly applies to Portuguese centre-back António Silva. Benfica through and through, the youngster has been with the club since under-15 level, and featured for the under-19 division in the UEFA Youth League last season, but barely featured domestically for the B team in Portugal’s Segunda Liga, in fact only making two starts towards the back end of the 2021/22 campaign.

Fast-forward to pre-season of this year and it was all change at senior level for the club as German coach Roger Schmidt took charge of the Eagles and saw enough in Silva to warrant inviting him along to the training camps and friendly matches in preparation for the current campaign. Schmidt was clearly impressed during this period as Silva featured fairly heavily, and in some cases directly ahead of some big names such as the vastly experienced Jan Vertonghen, who in part likely due to Silva’s emergence was subsequently deemed surplus to requirements and departed back to his native Belgium.

That said, the opening weeks of the campaign saw Silva understandably restricted to the substitutes bench with more esteemed and experienced company ahead of him in the central defensive pecking order. However, serious injuries to the likes of Lucas Veríssimo, and newer Brazilian arrival João Victor, meant Silva was closer to the action than he might have been previously. These two absences, coupled with an injury sustained to another Brazilian defender Morato in early September, suddenly saw Silva thrust into the limelight and remarkably in the Benfica senior side’s starting XI for a home fixture with Vizela.

Since that match, the rookie defender has grown in stature and confidence, and displayed commendable maturity despite his considerable lack of top level experience, even in the face of daunting challenges such as a Champions League double header against PSG, facing off against some of the very best attacking players in the world in Lionel Messi, Kylian Mbappé and Neymar. In both games Silva excelled, shackling those names as best as could be expected and frustrating their French opponents to two draws, which in turn would ultimately contribute to an impressive group victory ahead of one of the competition favourites.

All of which is to say that naturally such eye-catching displays at such a young age will have pricked ears up at the scouting departments of some of Europe’s very best sides, and Silva only will have heightened his reputation during his latest performance in which he showcased another side to his game as Benfica took on Estoril at Estádio António Coimbra da Mota on Sunday evening. Still yet to taste defeat under Schmidt, the away side were expected to make light work of their opponents and they did just that, striker Petar Musa getting the ball rolling in the 25th minute.

Shortly after it was Silva as the unlikely source to double Benfica’s advantage, and with a finely executed finish too. An Enzo Fernández corner was skilfully helped on by Chiquinho and into the path of the young centre-back, who coolly flicked the ball beyond Pedro Silva’s grasp from close range.

A cheeky effort from the in-form defender, and if seeing his name on the scoresheet was unusual then the Portuguese repeating the trick later in the half was even more so. This time it was an altogether more simple task for Silva, nodding in virtually on the goal-line after Florentino Luís had nodded a Rafa Silva cross into the awaiting 19 year old’s path.

Further goals from João Mário and Mihailo Ristić added gloss to the scoreline before an Estoril consolation through Sérginho, but it was yet another ruthless display from Schmidt’s Benfica, and one to in all likelihood not only add a few zeros to Silva’s upcoming pricetag, but also strengthen his claim for a berth in Fernando Santos’ upcoming Portugal squad for the World Cup.

Making the trip to Qatar would cap a quite sensational few months for Silva, who appears destined for quite the career, particularly if he can maintain the standards he is already setting and of course continue to develop the rawer elements of his all round game. It looks safe to say Benfica’s famed Seixal academy conveyor belt have churned out yet another diamond.

Monah
This comment was minimized by the moderator on the site

When will Santos decide on the 26 players? Any idea?

FIFA's deadline day is November 13 /14 at 19:00.
This weekend is the last league game in Europe before the world cup.


FIFA's deadline day is November 13 /14 at 19:00.
This weekend is the last league game in Europe before the world cup.

Hope RAFA withdraws his retirement plan, he is on fire at the club

@Monah Portugal's World Cup squad will be announced today 10 November at 5.30pm Portugal time. It will be covered here on PortuGOAL.net

Monah
This comment was minimized by the moderator on the site

Many thanks for the update!!

Fernando Santos just picked a Ferrari. Hopefully, he doesn't drive it like a beat-up Volkswagen Beetle...

anti-biden
There are no comments posted here yet