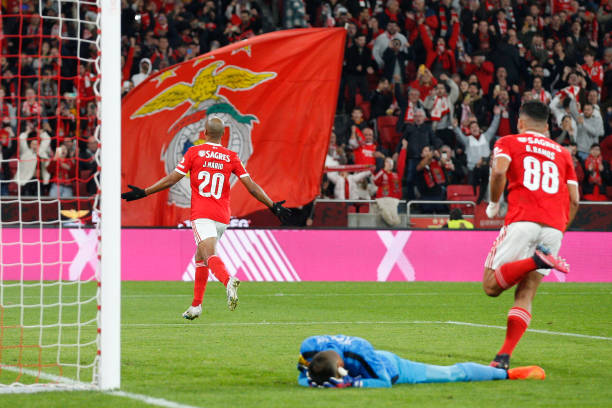 Benfica have returned to winning ways after a 1-0 win at home to Portimonense saw them bounce back from their first Primeira Liga defeat of the season versus Sporting de Braga, last Friday.

The Eagles left their mark on Portimonense as early as the 9th minute through João Mário’s spot-kick, providing the decisive difference between the two sides in a slim victory in front of their home support.

Beforehand, Braga upgraded their 3-0 victory versus Benfica to a 4-0 thrashing away to Santa Clara, headlined by the in-demand and ever-impressive Ricardo Horta.

The Eagles escaped relatively guilt-free from their first league loss of the season against Braga, such is the current drama surrounding Chelsea target Enzo Fernández, but they were most certainly keen to avoid further despair at home to Portimonense.

A foul on Gonçalo Ramos inside the box gave the hosts the opportunity to start quickly at the Estádio da Luz, with João Mário making no mistake from the penalty spot to give Roger Schmidt’s men the lead inside nine minutes.

Nine minutes later, Benfica were looking at the prospect of doubling their lead from the spot once more, but Aursnes would be less fortunate in his attempt, saved by Kosuke.

The crossbar was next in line in denying the home side from finding goal number two, with the Reds again looking the likeliest to score in the second period as Gonçalo Ramos steered a dangerous header wide from a prime position.

Goal number two never came, but the one managed by João Mário was enough to get Benfica over the line and back on track in the league after a rare defeat.

Following the inquest into Braga’s 5-0 loss to Sporting in the Allianz Cup, the mammoth result against Benfica had the Arsenalistas seeking fresh joy en route to the Azores.

Artur Jorge’s men set the tone for what was to come early, opening the game with a 15th minute strike from Ricardo Horta before another placed effort, this one from Iuri Medeiros at the second time of asking, had Braga celebrating a 2-0 lead in good time.

There was no stopping the Bracarenses in the second period, quick to carry on where they had left off in the first half with goal number three - this one attained by Ricardo’s younger brother, André Horta.

Had it not been for the post in the 57th minute, André Horta would‘be bagged Braga’s fourth goal but the honour fell to his brother instead, benefitting from Abel Ruiz’s insistence inside the box to tap in from a yard out. The 4-0 victory sees Braga, having played a game more than FC Porto, break into the top two in the Primeira Liga as they claim their fourth win in five games.