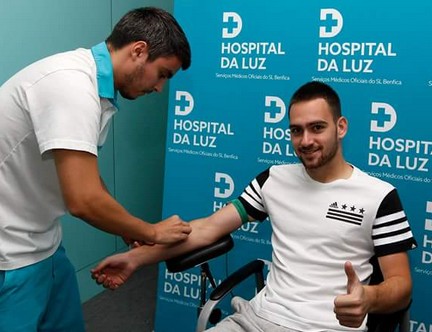 The Serbian winger’s contract with Partizan officially expired on the 30th June 2016, with the 19-year-old now signing a five-year-deal with Benfica, as confirmed by the club last night.

Benfica’s reported interest in Živković spans almost two years, a time in which the winger not only became the youngest player to represent his country at the age of 17, but also Partizan’s youngest ever captain with the same age.

His time with the Serbian giants ended on a sour note, however, as his refusal to renew his expiring contract led to an internal suspension, consequently playing his last game for the club back in December 2015.

In his time with Partizan, the highly-regarded Živković played 93 times for the club, scoring 24 goals and assisting a further 13. Živković is due to begin pre-season training with his new club on July 12th 2016.

Živković now joins a lengthy list of Serbian compatriots at the Estádio da Luz, including the likes of Ljubomir Fejsa and Luka Jović.

One day after the capture of Živković, Benfica announced the signing of Óscar Benítez, with the 23-year-old also putting pen to paper on a 5-year contract.

The duo add to the new arrivals at Benfica over the past few days, who’ve signed Colombian international Guillermo Celis from Atlético Junior, while André Carrillo’s controversial move from city rivals Sporting on a free transfer was also confirmed.