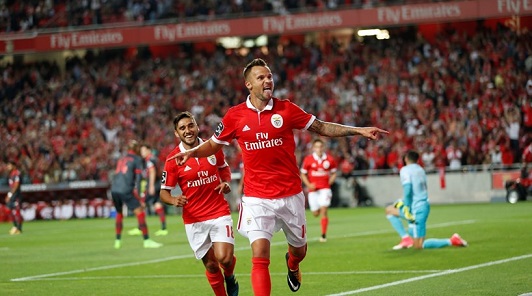 Just one round of matches sufficed for the top of the Portuguese Primeira Liga to have a familiar look to it.

Porto, Benfica and Sporting occupy the top three positions as the only teams to win by more than one clear goal in the opening round of the 2017/18 Liga NOS. Although you can safely bet your house on the traditional “Big Three” occupying those places come May next year, predicting in which order is a trickier task, with Dragons, Eagles and Lions all putting in displays to leave their fans feeling optimistic about the new season.

PortuGOAL rounds up the Primeira Jornada, and in what will be a regular feature, picks out a Figure of the Week. First up that honour befalls Marítimo coach Daniel Ramos.

Aves 0-2 Sporting
This year Sporting had the privilege of kicking off the new campaign, with a trip to newly promoted Desportivo das Aves on a sun-baked Sunday afternoon. Jorge Jesus’s new-look team (six players made their official debuts for the club: Piccini, Mathieu, Coentrão, Bruno Fernandes, Acuña and Battaglia) did not have it all their own way – it will evidently take time to mould so many newcomers into a cohesive unit – but a goal in each half from Gelson Martins gave the Lisbon club all three points.

Argentinian Marcos Acuña was the pick of the new faces, coming close to scoring on three occasions including a terrific long-range effort that rattled the bar. As for the hosts, the three previous times the northern club have made it to the top flight, they went straight down again, but Aves showed enough quality to suggest they have a good shot at staying up this season.

Of the three title candidates, Sérgio Conceição’s Porto had done most to impress in pre-season, and the Dragons duly took their strong summer form into the new season with a thumping win at home to Estoril. It did not appear that would be the case as the hosts, in front of a sell-out crowd at the Estádio do Dragão, struggled to create chances in the opening 30 minutes and then saw striker Tiquinho Soares forced off the pitch through injury.

His replacement Marega scored almost immediately, taking advantage of a gift from Estoril defender Mano whose under-hit back-pass left the Malian striker with an open goal. The breakthrough relaxed Porto, who stepped up their game and went on to overpower the Canarinhos, scoring three further goals in the second half through Brahimi, Marega again and Marcano, and the Blue and Whites could have scored several more, Aboubakar especially spurning a glut of chances. A highly positive start for Porto, and with the likes of Brahimi and Óliver hitting top form from the off, the Dragons will surely provide a strong title challenge this season.

Close to 60,000 fans were in the Estádio da Luz in the Portuguese capital on Wednesday night to watch the champions take their bow, and they were treated to a highly entertaining match. Benfica took the lead early on when the impressive Seferovic got on the end of a delightful Jonas cross, and soon afterwards the Brazilian striker himself doubled the lead. An attempted headed clearance by Raul Silva looped up invitingly for Jonas, who duly smashed home a well-timed first-time volley.

At this point Braga were in danger of being swamped by a rampant Benfica, but the visitors got back into the game shortly before half time, when Ricardo Esgaio’s clever pass was neatly lifted over goalkeeper Varela and into the net by Hassan. Braga pushed forward more in the second half in search of an equaliser, thus opening space for Benfica to counter-attack dangerously. Surprisingly, only one further goal was scored, Salvio touching in a deflected Cervi cross from close range to make sure of all three points for the home team. 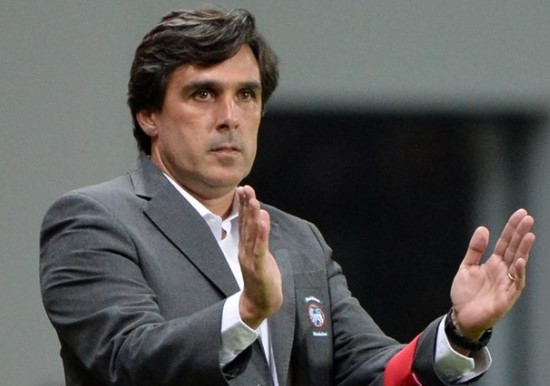 Figure of the week: Daniel Ramos

Elsewhere home advantage proved decisive as Marítimo, Portimonense, Rio Ave and Vitória Guimarães all began 2017/18 with a win in front of their own fans, while the Vitória Setubal-Moreirense and Feirense-Tondela games both ended in 1-1 draws.

Marítimo’s start to the season deserves special mention. The raft of players leaving the Madeira club had Portuguese football experts predicting a tough year for the islanders (listen to the World Football Index Portuguese Primeira Liga preview podcast). The club’s most dangerous striker, Dyego Sousa, muscular holding midfielder Fransérgio, and both members of the excellent central defensive partnership of Raul Silva and Maurício all left in the close season.

However, Daniel Ramos, so far at least, continues to “make wine out of water”, moulding an apparently limited squad into a hard-working, well-organised team that will provide stiff opposition to any adversary. Marítimo have played three matches this season, as last year’s excellent campaign earned them a place in the Europa League qualifiers, and they are yet to concede a single goal.

Turkish midfielder Erdem Sen was again outstanding in the 1-0 win against Paços de Ferreira, while Brazilian striker Rodrigo Pinho looks an interesting addition to the squad, but if Marítimo are to prosper this season it will surely be down to the 46-year-old coach Daniel Ramos.

Ramos has worked his way up the football ladder the hard way, managing a string of lower league clubs. He began last season in the Portuguese islands – but not Madeira – as he took over at Santa Clara from the Azores, and duly oversaw a sensational start to 2016/17, leading the team to 7 victories in the first 8 games, which was enough to earn him the job at Marítimo.

The islanders had started the season disastrously under Brazilian coach Paulo Gusmão who was shown the door in September. Ramos not only quickly steadied the ship, but led his team to a fantastic campaign, finishing sixth. Built on a rock-solid defence, Marítimo made their Barreiros home a veritable fortress, not losing a single game under Ramos, and even beating Benfica – one of only two Liga defeats the champions would suffer all season.

Can Ramos continue to work a minor miracle in Madeira and confound predictions of gloom? Follow their fortunes throughout the season on PortuGOAL.

Garrison
This comment was minimized by the moderator on the site

Very good articles and a very good website, but please update your iPhone app as it does not have any of the latest posts your any of your excellent posts from the past, all it has is two random posts

Thanks Garrison for letting us know. We'll get to work on fixing the bug.