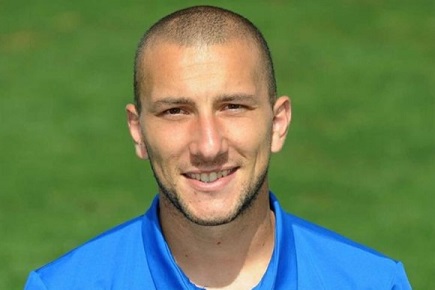 André Sousa is in his third season with Belenenses but he produced his finest game for the club yet in an emphatic win away at Feirense, scoring two excellent goals. He’s PortuGOAL’s Figure of the Week for Liga NOS Round Seven.

Round 7 in Liga NOS brought us a healthy supply of goals, with 26 strikes registered across the 9 games. One of the more exciting games was a big win for Belenenses, impressively dispatching Feirense at Estádio Marcolino de Castro, 4-1.

It’s been an up and down start for the Lisbon-based side but they now have back-to-back wins in Liga NOS as they climb to 7th in the table. The central figure of Sunday’s win was central midfielder André Sousa.

Sousa has been with Belenenses since 2015 and he’s often been a key figure for them, able to dictate play from the middle with a good range of passing, whilst also displaying a high level of energy to make defensive contributions as well as supporting the attack. Sousa is often stationed more towards the left wing, although, as evidenced by Sunday’s display, it’s when he drifts centrally that he is most effective.

For the game against Feirense, manager Domingos Paciência had switched to a 4-4-2 system to load up the midfield with powerful players like Merlin Tandjigora, Hassan Yebda and Bouba Saré. This, coupled with the decision to use two strikers up front in Tiago Caeiro and Maurides, gave Sousa a lot more freedom than he is usually afforded to wreak havoc between Feirense’s midfield and defence, and able to drift in from the left flank freely.

After Maurides had given Belenenses the lead with a very well-taken finish of his own, Sousa quickly doubled it with a superbly placed free-kick from the edge of the area, giving Feirense’s Caio no chance in goal.

Sousa struck again in the first half with an even more spectacular effort, flicking the ball up for himself to then acrobatically crash an unstoppable volley into the back of the net.

Before his move to Belenenses, 27-year-old Sousa had primarily featured in Portugal’s 2nd tier but in his third campaign at Estádio do Restelo he is showing more signs of consistency under Paciência after being somewhat frozen out by predecessor Quim Machado in the second half of 2016/17.

The beginning of this campaign has been tricky for both player and club, with a couple of damaging losses to Benfica and Desportivo Aves but they’ve also claimed impressive victories over Marítimo and against Estoril last weekend, in which Sousa also scored a terrific goal from range.

The team’s vitally important consecutive victories should give Belenenses the springboard to now push towards the European spots, as they’ll be aiming to qualify for the Europa League, a competition they competed in during the 2015/16 season.

Next up they face Vitória Guimarães, a side they are now level on points with, and another victory could potentially see them take 5th place. Sousa at least looks to have cemented his place in midfield and will be hoping to push on from the weekend’s outstanding performance in Liga NOS.