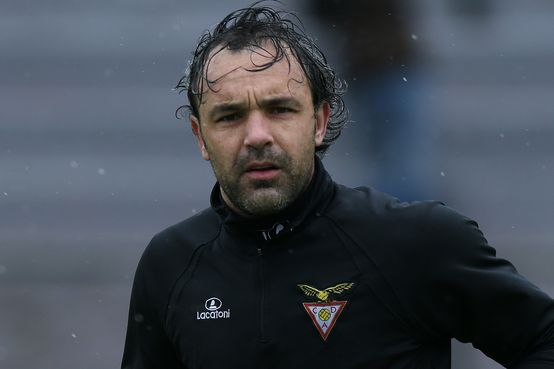 There was more intrigue in Liga NOS this week as Sporting drew level with Porto at the top of the division, while defending champions Benfica kept up the pressure in 3rd place.

Another big mover this weekend was promoted Aves, jumping from 16th to 12th after a last gasp 1-0 victory away at Feirense. Keeping a clean sheet was in no small part down to their veteran goalkeeper Quim, who pulled off a string of fine saves to keep the home side out, continuing his excellent personal season.

The former Portugal goalkeeper is PortuGOAL’s Figure of the Week.

Joaquim Manuel Sampaio da Silva, better known as “Quim”, has had a long and decorated career on Portuguese shores but he shows no signs of packing it in just yet. He turned 42 in November, yet his form this season has defied that number, ever since winning back the number one spot in Aves’ team in September. After being a mainstay of the side that had won promotion from Segunda Liga back in May, he found himself benched early in the campaign following the club’s acquisition of Adriano Facchini.

An indifferent start from Adriano, and the rest of the team, saw then-manager Ricardo Soares shuffle the pack and Quim in particular has been immovable since his reinstatement to the team. The former Benfica, Braga and Portugal international’s experience has helped settle the defence and arguably indeed the rest of the squad, one that was assembled essentially from scratch after a tumultuous summer which saw the team make no less than 27 signings.

What has been most impressive about Quim’s displays, especially taking his age into account, is the sheer athleticism on display during matches. His decision-making and mentality unsurprisingly remain sound, but his reflexes and flexibility are also at a high level, as displayed at the weekend against Feirense.

After a goalless first half, Feirense really started to ramp up the pressure on Aves’ goal. However, Quim was up to the task, first making a really good save to tip Luís Machado’s acrobatic effort over the crossbar.

From the resulting corner, Feirense thought they’d taken the lead through Oghenekaro Etebo’s deflected strike from the edge of the area but again Quim’s reactions were superb in clawing the ball away. A brilliant save, made all the more impressive by the considerable deviation the ball made.

Machado then got himself sent off to allow Aves back into the game, and their relentless subsequent pressure finally paid off in stoppage time as substitute Federico Falcone slotted in a deserved winner. However, Quim took the plaudits here, earning his second clean sheet in the last three Liga NOS matches.

On paper, Aves’ squad looked strong at the beginning of the campaign, it seemed the biggest question would be how quickly they could settle and gel together. After a slow start, and a change of manager, they are now unbeaten since November, a run that included being the only team besides Sporting and Benfica to take points off Porto this season. Quim has been a big part of this success, and if this proves to be his final season at the top, he looks to be going out in some style.

Been quite sometime since I’ve actually posted here haha.

I’ve always been a big fan of Quim. In fact he was my second favourite player at Benfica after Nuno Gomes!
I’m so very glad he is back at the top and performing so well still. I try to...

Been quite sometime since I’ve actually posted here haha.

I’ve always been a big fan of Quim. In fact he was my second favourite player at Benfica after Nuno Gomes!
I’m so very glad he is back at the top and performing so well still. I try to catch as many Aves games as I can just to see this guy in action. I hope his season continues to go well!

Nice article. Keep up the great work please and thank you.

I grew up with a Benfiquista father and a Sportingista uncle so I got to watch most of these two clubs games through the crazy fan lens of both of them. Although never really loving either club I did love players and one of them was that tiny...

I grew up with a Benfiquista father and a Sportingista uncle so I got to watch most of these two clubs games through the crazy fan lens of both of them. Although never really loving either club I did love players and one of them was that tiny little goalie that could leap like a monkey, Quim!

I don't remember the year but when he was at Benfica I would also ask why he was sitting for the frangeiro Moreira or Moretta? I never really got a good answer. Maybe the Benfiquistas on this site can remember why but watching them all, even at the time, it was obvious Quim was on a different level and he had the ability to win games by himself.

Not sure why he was often 2nd choice to others like Ricardo, Eduardo, Moreira, etc...Time is a lens to which we can look back and ask why.

Quim has had a stellar career but I think me might fit into that category of a guy who could have gone higher but it seems luck wasn't on his side at times with injuries and playing 2nd fiddle to goalies I don't rate very well.

Regardless, great to see Quim's big smile at Aves, hope he continues to succeed! He is Portugal's little Buffon.