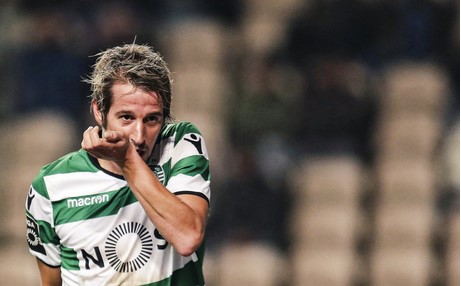 Following the final chapter for two of Portugal's 'Big Three' in the UEFA Champions League, it was all hands to the pump for the likes of Benfica and Sporting in the Primeira Liga, as FC Porto looked to deflect the pressure from their closest rivals at the top of the table.

Benfica were able to respond to another miserable result versus FC Basel by defeating Estoril 3-1 at home, with Sporting replicating the Eagles' result away from home against Boavista to move Jorge Jesus' men up to first place, albeit momentarily.

Such results would mean Porto could afford to turn in a win and nothing else if they were to return to the pinnacle of the Liga NOS table, obliging with a huge 5-0 victory over Vitória de Setúbal at the iconic Estádio do Bonfim. PortuGOAL followed this weekend's action:

The similar nature of the title contenders' results adds credence to the notion that 2017/18 will see one of the closest championship races for years in Portugal. Who will come out on top? If you think you know the answer, visit 10bet.co.uk to make yourself an end-of-season winner too.

European commitments have proven to be a complete washout for Benfica this season, but all is not lost with regards to the league, as they looked to bounce back with a much-needed victory against the Primeira Liga's 'red lantern' - Estoril.

The under-fire Rui Vitória could ask for no better start than an opening goal within the first 12 minutes, as Franco Cervi's teasing pass into the back-post set Eduardo Salvio for a routine tap-in.

A second wouldn't go amiss and Jonas delivered in the 17th minute, benefiting from Salvio's darting run and anticipated cross before directing the ball in from close range.

Benfica's goalscorer might well have been lucky to remain on the pitch in the 41st minute, however, after attempting to gain his ground versus Lucas Evangelista and subsequently planting his studs on the midfielder's ankle, with the referee allowing the Brazilian to go unpunished.

Bruno Varela starred at the other end when denying Evangelista from range, but the Benfica shot-stopper wasn't to stop Kléber from clawing a goal back on the stroke of half-time, as the ex-Porto man headed home with aplomb.

A 2-1 scoreline meant testing times would be ahead for the Eagles in the second half, as Varela emerged to deny Evangelista once more from finding the net with a deflected effort.

Much to the hosts' delight, Filip Krovinovic stepped up to the plate by poking in Benfica's third in the 59th minute, with Cervi again at the heart of the action with a clinical pass into the box.

The 'Red & Whites' held on for the 3-1 win, keeping apace with the league leaders and leaving Estoril rooted to the foot of the table.

After a half-hearted attempt to chase a miracle at the Camp Nou in midweek, plenty was riding on a Sporting victory at the Bessa versus Boavista, as Jorge Jesus welcomed back the likes of Bas Dost and Gelson Martins to the starting line-up.

Clocking all three points would prove to be tough, such was the manner in which the 'Panteras Negras' stifled Sporting, but the visitors would grab the opener in prime time through Fábio Coentrão's diving header, with the left-back finishing off a move set up by Daniel Podence to notch his first of the season just before the half-time whistle.

Hoping for a more open iteration of Boavista to expose in the second half, the Lions instead found further superiority in the air, as Bas Dost doubled Sporting's lead from close range after Jeremy Mathieu's glancing header had rebounded off the post in the 63rd minute.

Boavista hit back by halving the visitors' lead through Mateus on the break, with the Angolan joining the path of Vítor Bruno's cross-shot and tapping home from a few yards out in the 65th minute.

The flurry of goals continued at the Bessa to leave a certain Dutchman ecstatic in the 67th minute, as Dost emerged once more to volley Mathieu's header across goal into the roof of the net.

Sporting secured their desired result to leave themselves peeping at life as the league leaders, with a 3-1 win leaving the Lisbon outfit three points clear at the top prior to Porto's clash.

Sérgio Conceição's men had heavy precedents to follow on Sunday night, but they've had few slip-ups in general to look back on to not think they were in with a good chance of following suit in their game against Vitória de Setúbal.

It would take Porto 30 minutes to truly get started when, amid calls from the home end for a push on Edinho, Vincent Aboubakar popped at the near-post to direct a standing header into the goal and give the visitors a 1-0 lead.

Vitória's goalkeeper Cristiano was then left floored and hopeless against a Maxi Pereira follow-up in the 40th minute, but the Uruguayan full back somehow found the post from close range before Moussa Marega, with greater fortune than his teammate, spared the defender's blushes and doubled the Dragons' lead with a miscontrolled finish into an empty net.

Porto's grip on the game tightened when Aboubakar earned his side a penalty on the brink of half-time with a smart turn inside the box. The hit-man took full responsibility from 12 yards and delivered with the third goal of the game.

Coming into the second half, Aboubakar swapped his short sleeves for something more apt in the weekend's stormy conditions but the Cameroonian's appetite for goal wasn't to change with the weather, as a simple finish in the 69th minute completed his hat-trick and made it five goals in two appearances for the striker.

Porto rounded off a 5-0 victory through Marega, who regained some much-needed composure in front of goal to chip the oncoming Cristiano in the 82nd minute and propel his side back to first place in the league.

Lovely final goal by Marega. He’ll need that composure at Anfield!
Marcano/Reyes was interesting as Marcano had to step up and lead. He’s been a little quiet this past month as Felipe has looked the better of the two but last week in Europe and...

Lovely final goal by Marega. He’ll need that composure at Anfield!
Marcano/Reyes was interesting as Marcano had to step up and lead. He’s been a little quiet this past month as Felipe has looked the better of the two but last week in Europe and last night he’s been getting his composure and authority back. Brahimi/Telles adventurous as always but the team does overall look like its plateaued. The mister will need to do some rotation in the coming months so it was good to see Corona back.
PORTO!

Tough draw for Braga but their disciplined/organised approach might just be too much for a Marseille who can be chaotic and error-prone.

Despite the lose I was very impressed with Boavista. Thought they played a solid game and were the better side before half time. They just don't have the quality of Sporting. Fabio C and Bad Dost were lethal in their opportunities and Gelson was...

Despite the lose I was very impressed with Boavista. Thought they played a solid game and were the better side before half time. They just don't have the quality of Sporting. Fabio C and Bad Dost were lethal in their opportunities and Gelson was causing havoc all day long. Regardless good to see Boavista moving in the right direction.

Porto smoke Monaco then smoke Setubal. Makes me wonder what the heck happened in that Benfica game. Very strange.

Benfica beat Estoril who just haven't done a thing since Marco Silva and Steven Vitoria took them to Europa in 2014. Pretty amazing considering they only got promoted in 2011. Anyhow doesn't look good for them as they need goals badly and if they don't start scoring and in bunches soon they will be relegated. They have 29 goals against and that is with back to back 0-0 draws before the Benfica trip. Looks like they suffer from the same mental illness Mourinho has, instead of playing to win they play not to lose....

It was a strange performance from Benfica in that they always looked like scoring whenever they decided to apply a bit of pressure, but for the most part they played with an inexcusable lack of intensity. I know that Estoril have been really poor...

It was a strange performance from Benfica in that they always looked like scoring whenever they decided to apply a bit of pressure, but for the most part they played with an inexcusable lack of intensity. I know that Estoril have been really poor this season, but they shouldn't take any opponent for granted. It looked like they expected to win the game comfortably in cruise control, but Estoril actually created quite a few nervy moments for our defense.

From an attacking perspective, the 4-3-3 is clearly starting to bear fruit. Jonas is every bit as effective as he used to be in his new false #9 role, Salvio is excelling with his clever diagonal runs in behind the defense, and Krovinovic has brought much needed fluidity and creativity to our build-up play. The problem is that they seem to struggle with their defensive positioning, particularly when defending transitions (which has generally been Rui Vitoria's biggest strength from a tactical perspective). With a 4-4-2, they would generally defend in two compact, well-disciplined banks of four -- everyone knew their role. However, ever since the switch to the 4-3-3, we've looked really disjointed defensively. Against Estoril in particular, Fejsa was left all alone in acres of space since neither Krovinovic nor Pizzi looked willing to drop back to help close passing lanes. They either need to press in a 4-3-3 with Cervi and Salvio leading the press alongside Jonas, or they need to defend in two banks of four with Krovinovic partnering Jonas. Otherwise, we are an absolute mess without the ball.

Rumors are suggesting that Zivkovic wants a loan move to increase his chances of making Serbia's world cup squad. While his concerns are understandable, I think it would be unwise to let him go. He is perhaps better suited to a 4-4-2 than a 4-3-3, but he is without a doubt, the most talented winger we have on the squad. Gabriel, Douglas, Lisandro, and Felipe Augusto should all be shown the door this January. We've been strongly linked with Argentine right-back Jose Luis Gomez and the hugely promising French-Congolese CB/RB Nordi Mukiele. I really think we should go after both of them. Gomez would be a quality attack-minded alternative to Almeida and Mukiele is an extremely talented (and versatile) defender with elite potential.