FC Porto go clear at the top, Braga close in on Lisbon duo 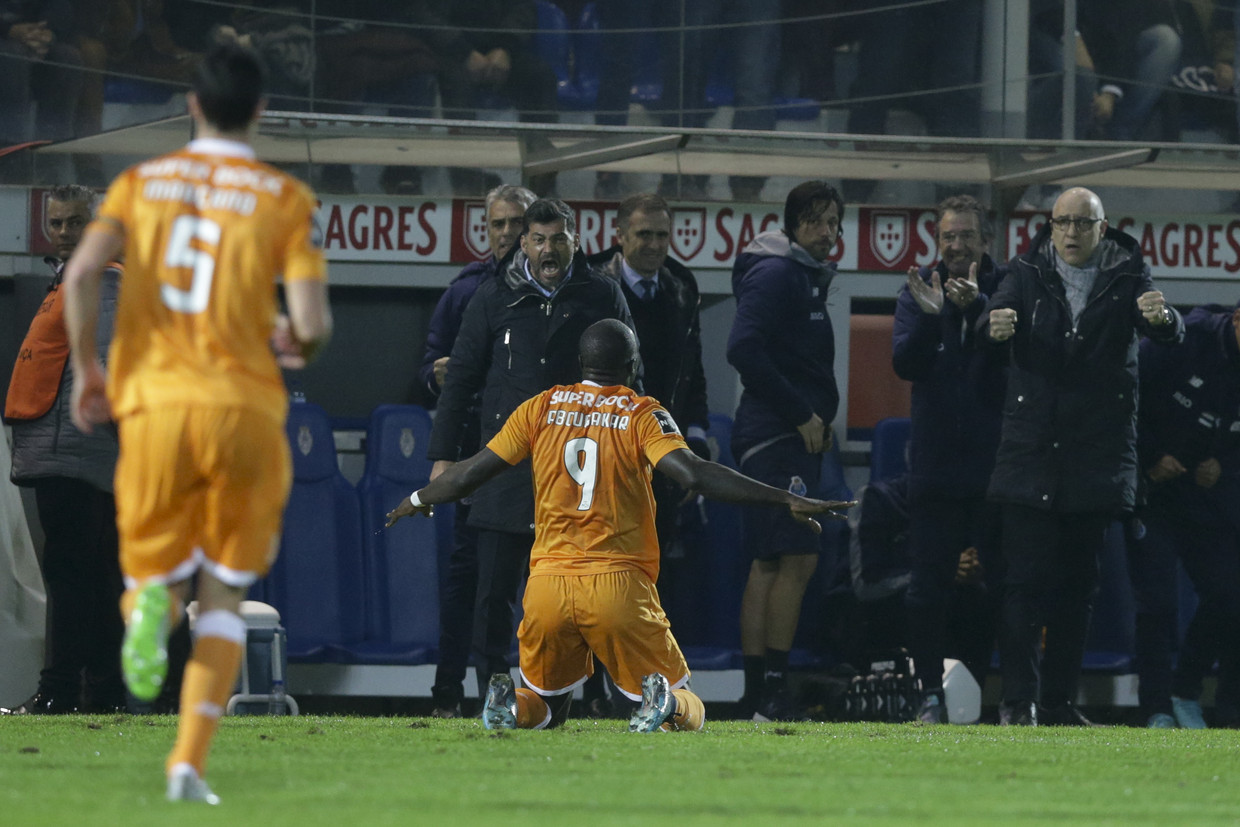 Away from the watchful eye of many, FC Porto took to the shadows of the Lisbon Derby to face Feirense in Santa Maria da Feira this Wednesday, as the Dragons welcomed the first bit of Primeira Liga action of 2018.

Against the self-proclaimed injustices of officiating, ten-man Porto battled to hold on to a treasured 2-1 lead, taking them two points clear at the top of the table after Sporting's 1-1 draw at Benfica later in the night.

Also keen to take advantage of the points dropped at the Estádio da Luz were Sporting de Braga, in a hotly-contested clash of their own versus Boavista, as the 4th-placed side turned to the bench to inspire a 3-1 win away from home. PortuGOAL brings you the return of Primeira Liga action in Matchday 16:

The first round of matches of the New Year proved profitable for Sérgio Conceição's rejuvenated Porto side, who went clear at the top of the table, but with just 5 points separating 1st from 3rd and 18 matches remaining, it would be a brave man to bet on who will eventually lift the Liga NOS crown. If you enjoy football gaming, check out the extremely useful bet caclulator site to help you work out your potential winnings.

Taking on Feirense at the Estádio Marcolino de Castro is a tough task, but table-toppers Porto knew a win would be twice as lucrative in light of the main event taking place in Lisbon, as second-placed Sporting went head-to-head with Benfica in third.

Vincent Aboubakar took just 22 minutes to put the Dragons' bid to win in motion, with the Cameroonian imperious in his turn inside to box before benefiting from a minor deflection when taking aim at goal and giving Sérgio Conceição's side a 1-0 lead.

However, Porto saw their advantage cancelled out as soon as the 25th minute, courtesy of a glancing header from the Feirense skipper Luís Carlos Rocha, as Tiago Silva's measured free-kick evaded most of the visitors' back-line.

[To see video highlights click on the screen below]

The 1-1 draw held its own through to half-time and much of the second period, before Felipe's towering header from a corner finally catapulted Porto into a position of command with 12 minutes of normal time left.

The league leaders had to defend the final exchanges of the game with ten men, as Felipe threatened to spoil his 78th-minute heroics with a high-foot that earned the Brazilian a second yellow card.

Porto kept their poise to claim a crucial victory, with second-placed Sporting now lagging behind by two points in the race for the Liga NOS title.

Boavista's clash with Braga could start in no other way, as the late Edu Ferreira was proudly honoured around the Bessa after sadly losing his battle with cancer at the tender age of 20 over the festive period.

Having failed to bite back in the first period, Boavista ensured an inspired return in the second half when Kuca slalomed his way into a shooting position from the left flank before curling the equaliser into the far corner.

[To see video highlights click on the screen below]

In a manic few minutes, the Black Panthers saw fortune shine upon them when Braga's Raul Silva collected a second yellow card for a foul on the edge of the box that, after the VAR's consultation, would subsequently lead to a penalty in the 65th minute, as David Simão clashed with Braga goalkeeper Matheus in pursuit of the free-kick's rebound. The chance to place Boavista ahead from the spot fell to the experienced Fábio Espinho, but it was Matheus who'd conquer the midfielder and save the penalty to his right, keeping the game locked at 1-1.

Yet more twists came the Bessa's way after Robson went in late on Paulinho to grab himself a red card and leave both sides battling with ten men down the final stretch of the game.

Braga offered the perfect response to the incident by snatching a second goal through substitute Paulinho, as Ricardo Horta caught Vagner scrambling to claim a free-kick before squaring his pass over to the goalscorer in a prime position.

Abel Ferreira sought more joy from the bench in the form of André Horta, who cut in from the left to fire a shot into the far corner in the 87th minute as Braga nailed down a 3-1 result and closed the gap between them and third place to just three points.

PORTO! Tough match. Nice work by Aboubacar in setting up a few shots as well as his goal. Felipe does what he does.. scores a goal.. gets sent off. Love him. He's on a mission to advance Reyes development by giving him opportunities to play....

PORTO! Tough match. Nice work by Aboubacar in setting up a few shots as well as his goal. Felipe does what he does.. scores a goal.. gets sent off. Love him. He's on a mission to advance Reyes development by giving him opportunities to play. PORTO!
The Braga Boavista match was mental! Some inconsistent refereeing didn't help but there was a hell of a lot of diving/cheating going on so hard to blame the ref. 2 Reds, a missed penalty, all kinds of bookings. Scrappy game but entertaining.