Raphinha puts on another show for his many admirers 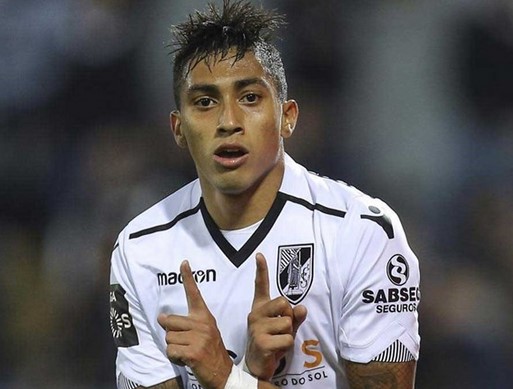 Another week goes by in Liga NOS and the title race has tightened up further, with only two points between 1st and 3rd after Sporting failed to match victories for Benfica and Porto.

The three continue to battle it out for the league title but if rumours are to be believed they are also competing for the services of Vitória Guimarães’ Raphinha, a player who is having an outstanding season for Os Conquistadores.

He scored one and made another in his team’s 3-1 victory over Estoril, and Raphinha is PortuGOAL’s Figure of the Week.

The 21-year-old Brazilian has a legitimate claim to be considered the best player outside of the “Big 3” in Liga NOS this season, a breakthrough campaign for him after signing from Avaí in his home country in February 2016. He showed flashes of his skill last season, alongside such talents as Moussa Marega, Hernâni and Tiquinho Soares, but rather than suffer from the departure of said players, Raphinha has stepped up a level and embraced the increased attacking responsibility upon his shoulders.

Comfortable playing on either flank, the left-footed winger’s numbers speak for themselves in 2017/18, with 12 league goals as well as 4 assists for Pedro Martins’ side, making him the top scoring midfielder in the division. His tally increased with another eye-catching display against Estoril on Sunday night. His superb whipped cross from the right wing found Paolo Hurtado to head Vitória’s opening goal after 19 minutes, a goal that eventually stood thanks to VAR correctly intervening after the referee had originally ruled it out for offside.

Estoril levelled the scores before half time but it didn’t take long for Vitória to re-establish their lead in the second period. Raphinha this time drifted more centrally, into a striker’s position, and after Estoril failed to track him he emphatically finished off Rafael Martins’ cutback.

The goal initially appears simplistic but on repeat viewings you notice how impressive and reactive Raphinha’s movement is after Héldon’s initial cross is blocked. The Brazilian backs away and darts towards the six-yard line almost within the same movement, taking advantage of a ball-watching backline to allow himself the space for an uncontested shot on goal.

Raphinha’s contribution was vital yet again for what has been a stuttering Vitoria Guimarães side this season. The victory ended a run of 4 straight defeats in Liga NOS, and 6 games in a row without a win in all competitions. They are back up to 7th in the table, although replicating 2016/17’s heroics, in which they finished 4th (as well as reaching the Taça de Portugal final) seems a longshot.

It’ll be an even unlikelier story if they were to lose Raphinha in January. Much like with Rio Ave and Rúben Ribeiro a couple of weeks ago, Vitória face the potential prospect of losing their star player to Jorge Jesus’ Sporting, who amongst others are keen admirers of Raphinha. On this season’s form he wouldn’t look out of place at any of the current top three, and with time well on his side at the age of 21, his potential ceiling could be even higher

Good to see Os Conquistadores making strides again. Like Boavista in 2001, I hope the dudes from the North can crack the top three.