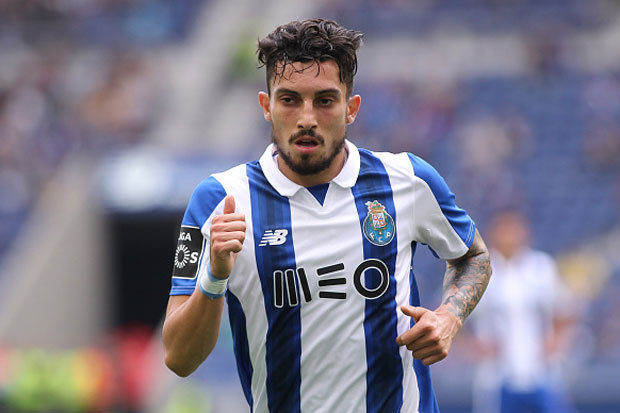 Another twist in the title race in Week 21 of Liga NOS saw Sporting’s unbeaten domestic run unexpectedly end away at a struggling Estoril side.

Porto took full advantage with a potentially pivotal 3-1 win over what has been a very impressive Braga side. All three of their goals were headers, and all three supplied by arguably the division’s most consistent player in 2017/18: Brazilian left-back Alex Telles.

Porto’s assist king is PortuGOAL’s Figure of the Week.

Since signing for the club in the summer of 2016, Telles has been an immovable object in the starting XI. Under Nuno Espírito Santo, the manager who had brought him in, he quickly adapted to life in Liga NOS but this season he has stepped up his levels considerably under Sérgio Conceição. It’s no surprise that the likes of Juventus and Chelsea have reportedly shown keen interest in prizing him away from Porto.

Telles’ feat of three assists in the same game is remarkable, but what is more so is that it’s not the first time he has done so in his relatively short time with Porto: a 4-2 success over Rio Ave in 2016/17 also saw him end up with this particular treble. To put the 25-year-old’s improvement into context, last season he ended up with 10 assists in all competitions, a very respectable tally for a left-back. At the time of writing though, he already has 16 assists in 2017/18.

Porto’s encounter with Braga on Saturday at Estádio do Dragão did have the feel of a genuine test of the home side’s title credentials, so huge pressure was on them to perform, particularly given the absences of key senior figures in side such as Danilo and Iván Marcano.

Telles’ performances have seen him rise to a similar level of importance as the aforementioned duo and he responded with a typically focused all-round performance. Porto were off the mark in the 13th minute when Sérgio Oliveira, another excellent performer on the night, calmly headed past Matheus after being found by Telles’ superb whipped cross.

This powerful, swinging style of cross is a real calling card of Telles’ game, and causes havoc for defences even if they don’t find their intended targets, the pace and trajectory the Brazilian injects into these deliveries are nightmares to deal with.

Telles got his second assist of the night from a corner, as has often been the case this season. His ball in found Diego Reyes, whose looping header in the 38th minute re-established Porto’s lead after Braga’s Raúl Silva had levelled the scores.

Again what is noticeable about the cross is the technique used by Telles, the position of his right foot after he has struck the ball just shows exactly how much force has been imparted to achieve the desired dip. There aren’t many players who are necessarily famed for their corner kick taking abilities but Telles has to be counted as one of the strongest in Europe in this department.

His own personal hat-trick was complete in the 73rd minute when another brilliant cross into the box found Vincent Aboubakar to seal the victory.

Purchased for what now seems a ludicrously low fee of €6.5m from Galatasaray, his record of 26 assists from 77 games in blue and white is quite the return.

A departure from Porto in the not too distant future seems inevitable if he keeps up this kind of form, and Europe’s elite should be taking note. It’s not out of the question that he could even make a late charge for the Brazilian squad with the World Cup in Russia lurking on the horizon.

He is excellent and no doubt Chelsea/Juve will bid in summer.
Annoying.

@ Nick J, this is doubtful. Chelsea have the best left-back in the EPL in Marcos Alonso, and Juve have arguably the best LB in the world right now in Alex Sandro (who they bought from Porto).

Telles will be at Porto for another 1-2 seasons.

Chelsea have been after another left back this season and Sandro is their main target which leaves Juve looking at Telles. However I hope I am wrong and that Telles stays!

You can quash your fears, Conte is basically on his way out at Chelsea. Besides that, he has the best EPL LB in Alonso.

It was revealed a while ago that Sandro's price tag is too high for all except Man City, Barca and Real Madrid. Of those 3...

You can quash your fears, Conte is basically on his way out at Chelsea. Besides that, he has the best EPL LB in Alonso.

It was revealed a while ago that Sandro's price tag is too high for all except Man City, Barca and Real Madrid. Of those 3 only Madrid need a top LB, as Marcelo is about as good at football as Jorge Jesus is at speaking Spanish.


Porto also have to pay a minimum of 10% to Galatasaary if they sell Telles (part of the agreement when they bought him).

Telles won't be moving from Porto for a while.

I honestly had no idea on his stats. These are remarkable numbers.

Consider Porto has 49 goals this season and Telles has 16 assists. That is sick! If we compare him to one of the worlds premiere crossers (Ricardo Quaresma) who has 8 in all...

I honestly had no idea on his stats. These are remarkable numbers.

Consider Porto has 49 goals this season and Telles has 16 assists. That is sick! If we compare him to one of the worlds premiere crossers (Ricardo Quaresma) who has 8 in all competitions this year. Very impressive.

It would be a shame to lose Telles to sit on the bench at either Juve or Chelski. Also both leagues not good places for offensive backs, they don't appreciate anything but knee breakers and head down run-straight tanks. Stay in Portugal or go to Spain or France Telles.