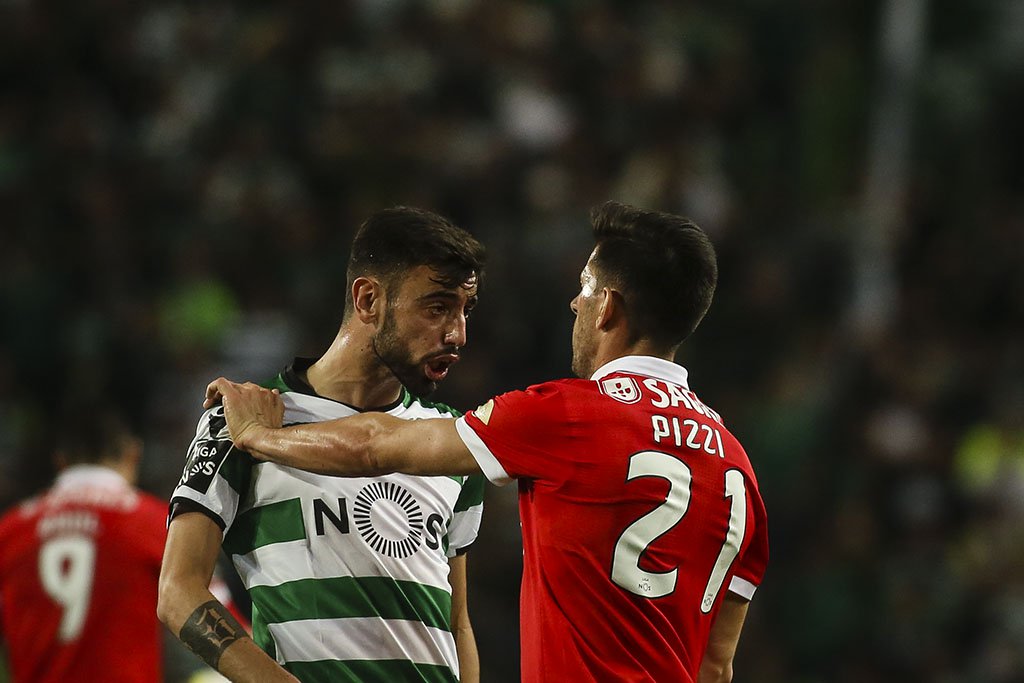 Sporting were able to hold Benfica to a favourable 0-0 draw at the Estádio José Alvalade in the final Clássico of the season, subsequently crowning FC Porto as the new Liga NOS champions, prior to this Sunday's clash at home to Feirense.

In a game coined as pivotal to the race for second place, rewarded with UEFA Champions League qualification, a draw in the Lisbon Derby sees the two Portuguese giants prolong their tussle for continental football through to the last fixture of the season.

Both Sporting and Benfica currently share second place on 78 points, a scenario that benefits the Lions on head-to-head results, following a 1-1 draw at the Estádio da Luz back in January of this year.

Mixed fortunes on either side of the Lisbon divide saw Sporting welcome back William Carvalho from a considerable lay-off, meanwhile Benfica were left without the injured André Almeida on Jonas' return to the first team squad, albeit only occupying a spot on the Eagles' bench.

Benefiting from a sharp start to the game, the visitors neared an opening goal with a big opportunity as early as the 8th minute, with Rafa Silva darting ahead of Cristiano Piccini before the post could deny him in front of goal.

Following a frenetic 30 minutes of football, Rui Patrício took his opportunity to shine towards the end of the half with a handful of saves, more notably when thwarting Rafa from range by palming the winger's strike onto the post in the 38th minute.
Andreas Samaris looked to take his chance with a piercing run beyond the hosts' backline shortly after, with Patrício again taking a nick off the effort to steer the Greek's shot wide in the 42nd minute.
[To watch the match highlights click on the screen below]
In between, Fábio Coentrão rose to cause Bruno Varela a spot of bother with a header floating past the far post, as Bas Dost added to Sporting's frustrations in the final third when opting for the wrong option when one-on-one after a brilliant turn just before half-time, choosing to pass instead of shoot.
With the opportunities drying up at the start of the second period, Rui Vitória looked towards Eduardo Salvio to shake things up off the substitutes' bench, with the Argentine wasting no time to provide Jiménez with service in the 69th minute but the Mexican's sliding attempt went wide.
Sporting could do little more than Bryan Ruiz's header comfortably over the bar from Marcos Acuña's corner sometime later, as Benfica called on Jonas to tip the balance when entering the field of play in the 82nd minute.
Down to the wire
Jonas, as well as the goal-laden Dost, would fail to steer the score away from a draw, however, gifting Sporting a slight advantage on head-to-head results going into their final game of the season in Madeira against Marítimo, as the Eagles host Moreirense.