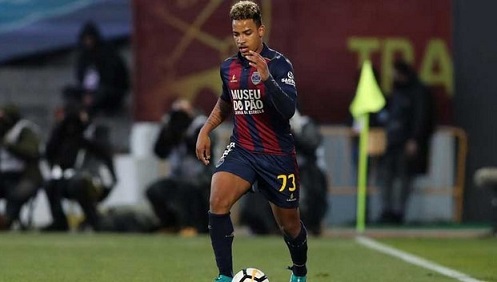 The penultimate weekend of the 2017/18 Liga NOS saw Porto end their 5-year wait for a title, a 0-0 draw in the Lisbon derby between Sporting and Benfica handing the Dragões the championship before they even kicked a ball. The battle to avoid relegation is extremely tight, while 5th place has now been wrapped up by Rio Ave after their Monday night draw at Paços Ferreira.

Chaves narrowly missed out on the position despite putting in one of the performances of the weekend in a 4-1 hammering of Marítimo, who were rivals for a top 5 finish.

Man of the match was winger Matheus Pereira, chipping in with two goals and an assist in an electric display. The on-loan Sporting star is PortuGOAL’s Figure of the Week.

Chaves fought to the end to try and reach 5th place in Liga NOS but ultimately fell short, a sense of consistency a key factor in Rio Ave pipping them to the post. However, Matheus has largely been an unqualified success in his loan spell from Sporting, albeit after a slow start. He, along with the rest of the team, took time to find a rhythm, even prompting a meeting with his parent club manager Jorge Jesus, who essentially told the player to buck his ideas up. Jesus was reportedly impressed with Matheus’ response to the conversation, assuring him he would be part of pre-season plans for Sporting in June 2018.

Left-footed by nature, Matheus’ best position is operating on the right flank, from where he can dribble in-field and take on defenders. His close control and technical skill is outstanding, while his output of 6 goals and 5 assists from 26 league matches is certainly respectable. At the age of 22, these sorts of numbers should only improve, but his impact on games accounts for more than just these simple statistics. Luís Castro’s Chaves always look a more attacking threat when he is on the field, the Brazilian always looking to progress the play forward and be direct in possession.

Sunday’s victory in their final home game of the season saw all these qualities on display. Chaves had fallen behind early to a Bebeto goal but found themselves level in the 37th minute. Matheus fooled Fábio China with a dummy, before picking out captain Pedro Tiba, who turned well and finished past Charles.

Chaves were 2-1 up at half time thanks to a Renan Bressan penalty, and they made it 3-1 in the second period thanks to a goal that encapsulates Matheus’ strengths as a player. Marítimo allowed him far too much space to dribble into, and the Brazilian duly accepted the gift, driving forward before hammering a low drive into the corner.

Chaves wrapped the game up in the 77th minute after winning their second spot kick of the match. This time Matheus stepped up, and confidently struck his penalty home for 4-1.

Overall Matheus can count this season as a success. He’s been tested both mentally and physically after a demanding start to the campaign and responded well enough in that he is set to be given a serious chance to impress Jorge Jesus in pre-season.

He may perhaps need one more loan spell before he is ready to compete for the Lions week in, week out, but this target could become a reality sooner rather than later if he continues his current trajectory. On talent alone a Gelson Martins-like sudden rise to prominence is not out of the question.

Great article on a very good prospect. Also, Chaves have looked damn impressive this season. Organized, tactically alert, positionally aware. A great job done by the club's administration in picking up a great blend of talented veterans and...

Great article on a very good prospect. Also, Chaves have looked damn impressive this season. Organized, tactically alert, positionally aware. A great job done by the club's administration in picking up a great blend of talented veterans and promising youngsters.

Stephen Eustaquio has looked solid in front of the defence. Davidson and Pereira on the wings and Pedro Tiba as a big creative and goal-scoring spark in the middle have done very well.

A lot of credit has to go to Luis Castro, who did a good job picking up the pieces from Paulo Fonseca's tumultuous season at Porto (which was not Fonseca's fault). Castro has proven to be an excellent manager who deserves a step up in prospects. If Abel were ever to leave Braga, or Cardoso is to leave Rio Ave, I think Castro would do admirably at either club.

The real question is; will Jorge Jesus still be employed at Sporting next season? He does not deserve to be, based on his inflated salary compared to what he has accomplished (failed to accomplish). There were rumours that Miguel Cardoso (Rio Ave) had been talking to BdC. I think he would be a good move for the club, as they would be getting a very good young manager for a fraction of the cost they pay now, and could try to re-allocate funds (provided JJ does not have a massive payout clause), to player acquisition. It will be a very interesting off-season in Portugal this year, for all of the Big 3.

Domingos Duarte is another who has impressed. Hope he gets a chance to move to a bigger club if he doesn’t get his chance at Sporting.