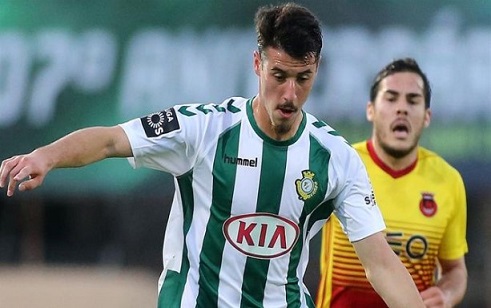 A thrilling and memorable Liga NOS season came to an end on Sunday, Benfica clinching 2nd place and Champions League football ahead of bitter rivals Sporting, while Estoril and Paços Ferreira saw their stays in the division come to an end.

Porto were crowned champions last week, and it was one of their young players out on loan who made a significant impact on the weekend’s action.

Vitória Setúbal maintained their top-flight status thanks to a goal from André Pereira, a January loan signing from the Dragões who has made steady improvement in his 5-month spell with the team. He is PortuGOAL’s final 2017/18 Figure of the Week.

André Pereira’s career has been arguably a little bit of a slow burner thus far. Whilst still young at 23 years of age, it seems likely that perhaps a long-term career at parent club Porto might be beyond him but he’s certainly proved an important attacking outlet for Vitória since signing on loan in January.

Stats of 8 goals and 4 assists in 18 matches for Porto B in the second tier had caught Vitória boss José Couceiro’s eye, and André was enlisted to join the attacking options of a club in desperate need of firepower.

While not necessarily prolific, 3 of his 4 league goals for the team have ultimately proved vital in securing their survival in the division. Before Sunday’s winner against Tondela, André had scored the winning goal against Rio Ave in March and secured an important point against Portimonense later that month.

A versatile forward by nature, André’s best position is leading the line centrally, but he has been utilised to positive effect on both flanks also. Being used across the front three lends itself to his strengths as a player, namely his movement, which is particularly mobile for a striker that stands at 6ft 2ins.

Vitória knew going into Sunday’s crucial game against Tondela that only a win would likely guarantee their safety. The match started extremely openly with both sides conjuring up multiple scoring opportunities. As early as the 8th minute, André thought he had given Vitória the lead when he fired home the rebound from José Semedo’s header, that had cannoned off the crossbar, but a VAR intervention saw the effort ruled out.

It was not just Andre’s all-important goal that impressed though. He was an effective target man and a bothersome presence for the Tondela defence in what was always likely to be a niggly and tense affair. Tondela’s defence has largely been a settled unit this season but they never looked comfortable with André’s runs in behind the last line.

An interesting summer awaits André, when he will return to his parent club Porto. It seems likely he is not quite ready to make the step up to the champions’ senior team having predominantly represented the club’s B team previously. What is sure though is that a number of Liga NOS clubs will be in the queue for a probable loan spell for the 23-year-old, and if so he’ll be a name to look out for in 2018/19.