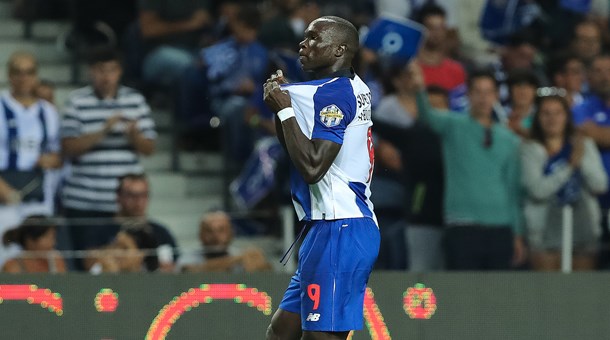 With a sizeable 306 games to look forward to, it’s with a spread of renewed faith that we all welcomed back Primeira Liga football for the 2018/19 season.

Our first stop, a trip to the Estádio da Luz, saw Benfica hold onto an initial three-goal lead to defeat Vitória de Guimarães 3-2, as hat-trick hero Pizzi raked the headlines in Jonas’ absence. Last season’s champions, FC Porto, followed suit with five more goals for us all to feast on in a thumping 5-0 home win against Chaves on Saturday night.

Attentions then turned to Sporting in their clash away to Moreirense, with José Peseiro kicking off his second stint in charge of the Lions with a 3-1 win. PortuGOAL reports on how it all unfolded.

With no Jonas to lead the line, Rui Vitória’s Benfica were tasked with the challenge of defeating his former side, Vitória de Guimarães, who had their own absences at the heart of defence to fret over.

The Eagles took the lead via a guided Pizzi finish in the 10th minute and could’ve moved two goals ahead as early as the 14th minute, had it not been for Douglas’ penalty stop to deny Facundo Ferreyra a debut goal.

At the other end, João Carlos Teixeira had Panagiotis Vlachodimos working in the 18th minute before Tyler Boyd found the post on the rebound, sending a warning to the hosts.

Before Guimarães could bite any further, Pizzi doubled Benfica’s lead by tapping home André Almeida’s cut-back, after good work from Eduardo Salvio down the right flank. With 38 minutes on the clock, Pizzi was later claiming his third with another well-placed finish, as Benfica cruised into the half-time break with a 3-0 lead.

With Benfica unable to match the quality of their first-half performance, the visitors clawed a goal back on André André’s second debut for the club, making it 3-1 in the 78th minute.

Ex-Benfica man Guillermo Celis piled on the pressure on his old club just three minutes later, sliding a shot past Vlachodimos to make it 3-2, but the title chasers would eventually hold on to secure their first set of three points of the season.

Moussa Marega’s rebellious ways saw one of last season’s key figures miss out on Porto’s curtain-raiser against Chaves, opening up an avenue for the Malian’s partner in crime, Vincent Aboubakar, to take centre stage at the Estádio do Dragão.

The ex-Lorient man, having already gone close with a diving header, made no mistake with the space earned inside the box in the 14th minute to finish past Ricardo, giving Porto an early lead.

Otávio topped up on his initial assist to feed Aboubakar for a tap-in in the 20th minute, with special praise going Sérgio Oliveira’s way for unlocking the Chaves defence on the edge of the box.

Yacine Brahimi then got in on the act on the brink of half-time, following up his movement in-field with a swift finish at the goalkeeper’s near-post, moving Porto 3-0 up by half-time.

The Dragons reserved a couple more efforts for the fall of the second-half, making it 4-0 via Jesús Corona’s solo effort in the 70th minute. Closing the game out, 20-year-old Marius Mouandilmadji, from Chad, claimed goal number five on his Porto debut in the 88th minute, as the northern outfit kicked off their title defence in style.

After a turbulent summer off the field, it was time for Sporting’s hierarchal issues to share the limelight with some actual football as the Lions travelled to Moreira de Conégos.

Coach José Peseiro could’ve hardly asked for a worse start, however, going a goal down to Ivo Vieira's Moreirense as early as the 6th minute, but the visitors were on hand to bounce back fairly promptly via Bruno Fernandes, finding the bottom corner with a strike inside the box ten minutes later.

Moreirense proved to be a tough nut to crack going into half-time, however, with the new Sporting manager turning to ex-Guimarães star Raphinha and young Jovane Cabral for inspiration midway through the second period.

It was from the latter that the Green & Whites found a way to take the lead, as Heriberto Tavares came crashing into the youngster to concede a penalty in the 72nd minute.

Bas Dost stepped up to the spot, keeping a cool head and catapulting his team into the lead with his first goal of the season. Sporting’s two goalscorers combined late on to great effect as Bruno Fernandes freed Dost beyond the Moreirense backline before the Dutchman’s exquisite chip over Jhonatan in stoppage time killed the game off, securing a 3-1 win for the Lisbon outfit.

Great game by Porto - hard to know who to single out but Brahimi, Sérgio Oliveira and Otavio looked sharp! Sergio's pass for the second goal was orgasmic and they defended as a team.
Looks like there are options for the mister so Marega might be...

Great game by Porto - hard to know who to single out but Brahimi, Sérgio Oliveira and Otavio looked sharp! Sergio's pass for the second goal was orgasmic and they defended as a team.
Looks like there are options for the mister so Marega might be feeling the bench for a few games.

I also watched the first half of Benfica. After the first 20 minutes when Vit. Guimarães could have scored a couple Benfica swarmed them and they couldn't cope. Annoyingly I couldn't watch the second half. Gedson was crap tho - they cant afford to be carrying him throughout the season.

On another note can you PLEASE turn the spam/robot filter down or off as its really tiresome having to go through ten pages of bus/street signs clicks to post anything which might explain why there have been few posts these past weeks!

Hi Nick. Thanks for the comments - keep them coming. Agree Porto looked very good although it's early days...

If you register your comments are published automatically with no traffic to get through. We had to implement the system because of...

Hi Nick. Thanks for the comments - keep them coming. Agree Porto looked very good although it's early days...

If you register your comments are published automatically with no traffic to get through. We had to implement the system because of spam attacks. Cheers, Tom

Hi Tom, I am registered!
Anyway, thanks for running the site.

Delighted to see that the Portuguese Primeira Liga is in full swing. Hoping for a fantastic season and perhaps Sporting Clube de Braga make things even more interesting for Os Tres Grandes. It will be a good season.