Lisbon duo claim wins, as FC Porto leave it late to join the pack at the top 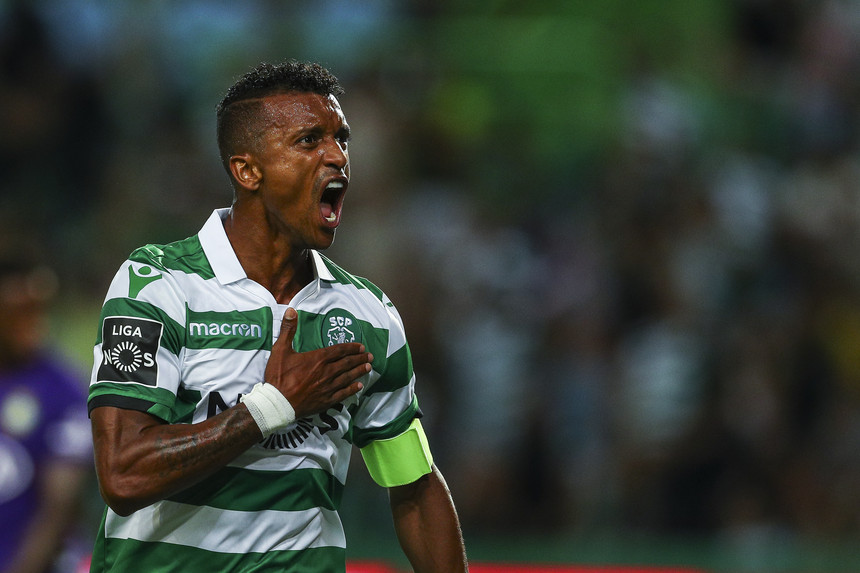 Successive victories were on the cards for all of our ‘Big Three’ clubs coming out of Matchday Two of the Primeira Liga, with Benfica being the first to set the tone away to Boavista on Saturday night.

The Eagles, fuelled by goals from Facundo Ferreyra and Pizzi, took all three points at the Bessa over Boavista, meanwhile back in the Portuguese capital, a Nani double set Sporting on level terms with their rivals ahead of next Saturday’s Lisbon Derby, as the Lions took down Vitória de Setúbal with a 2-1 victory at home.

In joining the two Lisbon outfits at the top of the table, FC Porto left it late, despite having led by 2-0, with a 95th minute Alex Telles penalty snatching a 3-2 win against Belenenses on Sunday night. Here’s how the action unfolded.

Coming into this week’s fixture, Benfica were tasked with defeating a Boavista side that they had only beaten once in their last four meetings, with star-man Jonas still out of action through injury.

The hosts should’ve taken the lead early on through Federico Falcone at the back-post but it was Ferreyra at the other end, deputising for Jonas, who landed the game’s first blow in the 35th minute, robbing the ball inside the box before picking his spot with a slotted finish.

Benfica’s 1-0 lead stretched into the second period, with Pizzi on hand to add to his hat-trick from last week with a placed finish deep inside the area, taking Rui Vitória’s men to a two-goal-advantage past the hour-mark.

Pizzi could’ve even nabbed his second when catching the Boavista defence out and racing through on goal in the 89th minute, but Helton’s save proved to be decisive in keeping the score at 2-0 for the visitors come full time.

In Sporting’s first official outing of the season at the Alvalade, marking the homecoming of Nani and his boss, José Peseiro, hope rested on the sight of back-to-back wins, following last week’s triumph away to Moreirense.

Nani played his role bright and early with a strike from outside of the box catching Cristiano out at his near-post, as the Lions took the lead inside the opening ten minutes. Vitória’s response was prompt, however, after a Romain Salin error between the sticks, as Zequinha popped up to finish into an empty net and make it 1-1 in the 19th minute.

Inseparable going into half-time, Sporting turned to Fredy Montero and Jovane Cabral for inspiration in the second period and it was again through the latter (for the second consecutive week) that the Green & Whites turned things back in their favour.

Crossing from the right, Cabral was able to find the emerging head of Nani, who made no mistake in powering his header past Cristiano and giving Sporting the lead in the 66th minute, subsequently securing a 2-1 win.

Having arguably been the most impressive of the ‘Big Three’ last week with a 5-0 thrashing over Chaves, Porto were out for more in Belenenses’ borrowed home, the Estádio Nacional.

The title holders quaked in a nervy opening versus Silas’ side before Diogo Leite’s first goal as a senior professional looked to calm the mood in the Porto camp, as his header from a corner in the 25th minute placed the visitors ahead.

A bad mistake from Dálcio in playing the ball back to his goalkeeper allowed Porto the chance to pick up a second fresh from the interval, as Otávio made his way around the keeper before tucking into an empty net.

Belenenses weren’t done there, however, as Fredy pulled a goal back for his side from the spot less than ten minutes later before Keita, emerging at the back-post with an 83rd minute header, left the game in the balance at 2-2 going into the final stages.

In another twist to the tale, Porto were awarded the chance to pinch all-three points via the spot, which Alex Telles duly delivered amid the controversy in the 95th minute, as the Dragons ran away with a 3-2 win.

I see Porto's bribes to the referees are up and early, never a penalty... what is he supposed to do remove his entire arm also given the fact it was so close and had his back against the shot is just dodgy decision even more given the fact the...

I see Porto's bribes to the referees are up and early, never a penalty... what is he supposed to do remove his entire arm also given the fact it was so close and had his back against the shot is just dodgy decision even more given the fact the Ref watched it for about 2 mins on VAR... he had doubts surely but must've had another voice is his ear making money noises

I don't see Sporting doing much against Benfica, I'll be surprised if they get a draw

I always enjoy the salty tears of people with nothing better to complain about than Porto. Guess what Eduardo, if the Belenenses penalty counts as a handball against Porto, than the same standard was held when the ball hit the Belenenses...

I always enjoy the salty tears of people with nothing better to complain about than Porto. Guess what Eduardo, if the Belenenses penalty counts as a handball against Porto, than the same standard was held when the ball hit the Belenenses defender.

So, if you want to complain about Porto "bribing", maybe you should open your eyes, and also say that the penalty for Belenenses was equally dubious, making them both questionable, therefore leveling the playing field. Instead, you'd rather make stupid comments about "bribing" as if Sporting and Benfica are choir-singing angels.

The 2017-18 season had 34 games. In those games, Porto, by far the team that created the most chances, was only awarded 3 penalties. Sporting was awarded 8 and Benfica was awarded 11! That's a guaranteed penalty every 3rd game for Benfica. But you must be right, it's Porto that's doing the bribing.

I look forward to reading more of your cutting-edge investigative journalism.

It was good to see Nani score a double. He still has a lot in the tank.

Liga Nos wont be a runaway this season, I expect all top 4 will drop multiple games. Santa Clara stormed back with 3 goals in the second half to tie a dominant Braga.