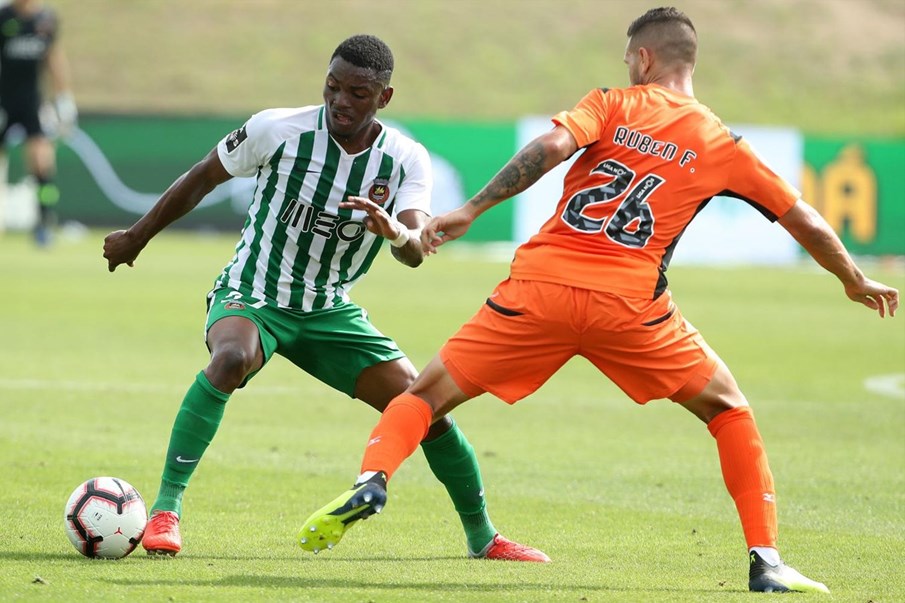 The opening chapter of Liga NOS 2018/19 concluded with Jornada 4 this weekend, the final round of games before the first international break of the season.

The results had a familiar feel, with a lot of the usual, expected-to-be top half suspects recording victories. This edition of Figure of the Week, like many, had a number of contenders. Feirense’s Brazilian goalkeeper Caio Secco was magnificent in an unlucky late defeat to Sporting (in which the Lions’ youngster Jovane Cabral had another exciting cameo), Santa Clara’s Osama Rashid scored twice to help the promoted side to their first win of the season and Benfica’s Eduardo Salvio showed what he is capable of during a 4-0 triumph over Nacional.

However, this week’s individual honours go to a player who has really impressed in the early phases of the campaign, and who provided a moment of brilliance in the dying stages of Rio Ave’s match with Portimonense. Gelson Dala, on loan from Sporting, is PortuGOAL’s Figure of the Week.

22-year-old Angolan Gelson Dala arrived back at Rio Ave for a second loan spell at the club, having originally arrived on a temporary deal in January of this year. Under managerial predecessor Miguel Cardoso, Dala found opportunities hard to come by despite some promising showings off the bench. However under new boss José Gomes, Dala is flourishing in a role that provides him a lot of freedom, playing as a second striker just behind Bruno Moreira in the manager’s 4-2-3-1 / 4-2-4 system.

This slightly deeper position allows Dala to showcase his excellent movement on and off the ball, and has also brought out other, previously less visible traits, such as an excellent eye for a pass, as evidenced in setting up team-mate Galeno’s goal in a recent draw at Tondela. To that end, Dala already has 3 assists from his 7 competitive matches this season, adding to his 3 goals scored in that timeframe.

It was this providing role that was more evident in Sunday’s dramatic victory, dropping deeper than usual and in particular almost providing a second goal from winger Gabrielzinho, who had earlier equalised from Portimonense’s Dener’s opener. A well-weighted through ball from Dala was just clipped wide by his Brazilian team-mate in the 54th minute.

Rio Ave eventually had a two man advantage on their hands as Portimonense saw two players sent off, and the home side continued to press for a winner. They had to wait deep into stoppage time for it, Dala taking matters into his own hands. The Angolan drove at the Algarve side’s defence, beating one man before curling a lovely shot from range into the corner in the 96th minute to snatch all three points.

It was a vital victory for a Rio Ave side that has looked promising and perhaps a little naive in equal measure, although a lot of this can be attributed to a large turnover in the playing squad, as well as the installation of a new manager in the summer.

While some areas of the team still need to adapt together more, notably the defence, Gelson Dala has settled back into the club brilliantly and has been their standout player in the campaign thus far. His form has been so good that many Sporting fans are scratching their heads as to why he was allowed to leave the club on loan in July, but if he keeps up this level of performance don’t be surprised to see the Lions try and recall him in January and show what he can do at the top end of Portuguese football.