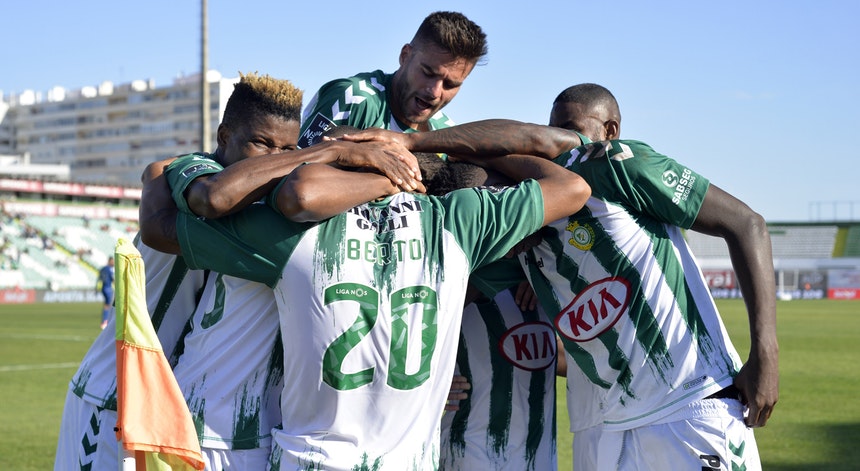 Benfica grabbed all the headlines as Liga NOS pauses for another international break following Week 7, beating Porto 1-0 in the Clássico to claim top spot in the division. Other highlights included Portimonense’s Shoya Nakajima displaying another scintillating example of his talent in a 4-2 upset of Sporting, while Rio Ave battled to an impressive draw away at Braga.

However for the second week running PortuGOAL’s Figure of the Week is an unlikely hat-trick hero, Hildeberto Pereira netting all 3 goals as Vitória Setúbal beat Moreirense 3-0 at Estádio do Bonfim.

Unlikely is the word for Hildeberto Pereira, or ‘Berto’, to be getting amongst the goals. The 22-year-old Portuguese-Angolan has primarily spent his fledgling career as a right-back, although he has shown versatility in positions up and down both flanks. Despite his still relatively tender years, Berto is already quite a well-travelled player, taking in spells at Nottingham Forest, Northampton Town and Legia Warsaw having come through Benfica’s academy.

His spells in England highlighted a player with clear talent but a little bit of recklessness and inconsistency. A promising start with Forest in particular was hindered by a litany of on-field disciplinary issues, as well as bit of naivety in defence.

The latter issue is a key point with regards to his impressive start at Vitória Setúbal, whom he joined on a free transfer this summer. Manager Lito Vidigal has not only identified Berto’s defence weaknesses but actively taken steps to solve the issue, preferring to play him much further up the pitch, predominantly on the left, to great effect so far.

It was from this more advanced position that he caused Moreirense problems all Saturday afternoon. Berto’s dangerous run in behind the defence from the right-hand side in the 15th minute yielded the first real opportunity for the home side, and while he was unable to make the most of the initial pass, he still eventually conjured a shot that required a smart stop from goalkeeper Jhonatan.

Berto wasn’t to be denied though in the 35th minute, collecting Éber Bessa’s crossfield pass to confidently fire past Jhonatan on his supposedly weaker left foot.

Just before half time he almost had his second, linking well with Costinha, who ended up seeing his eventual goal correctly ruled out for offside.

Into the second half though Berto did double his and his side’s tally, this time from the penalty spot after Frédéric Mendy was felled in the box.

With 6 minutes remaining Berto completed his hat-trick with a simple finish, left unmarked to score following some excellent build up work from Rúben Micael.

After struggling to make his mark on the team in August, Berto now has 4 goals in his last 4 matches and looks to have cemented his place in Vidigal’s XI. Vitória have had a tough start to the campaign but going into the break in 10th place can be considered a satisfactory position for them in the table.

Now Berto has been unleashed further forward from his defensive shackles, he could be a dangerous player for the rest of Liga NOS to be wary of for the remainder of the season.