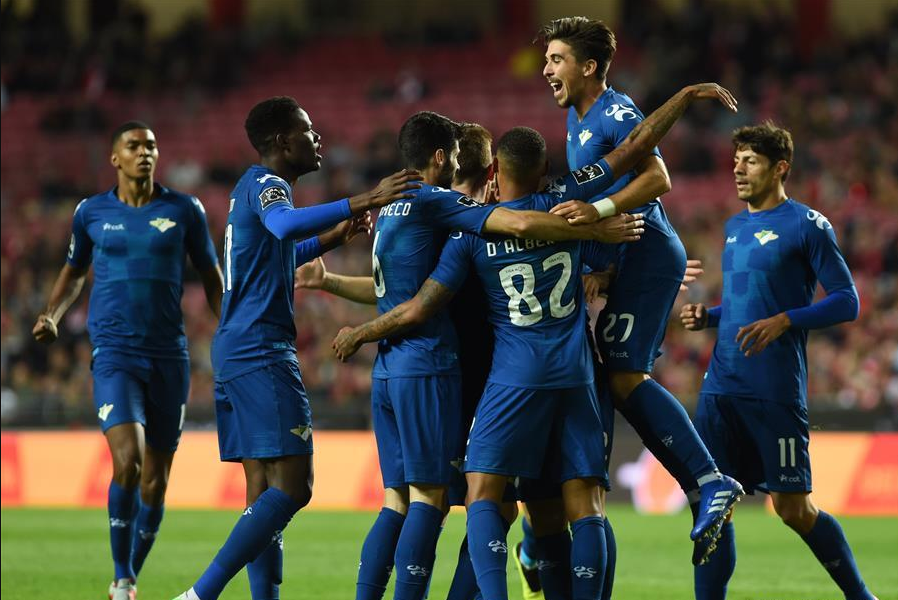 A few shock results punctuated Jornada 9 of Liga NOS 2018/19, notably struggling sides Aves and Nacional earning impressive results away at Chaves and Rio Ave respectively on Monday night, while Tondela too excelled on the road with a 4-2 triumph at Feirense.

Arguably though the biggest upset was produced in the match that began the weekend’s action, Moreirense stunning Benfica at Estádio da Luz. Portuguese winger Arsénio Martins was one of the chief architects of the Eagles’ downfall and he is PortuGOAL’s Figure of the Week.

Arsénio may not be one of the division’s more familiar names but he’s an experienced customer on Portuguese shores. Earlier spells in his career with Moreirense and Belenenses were followed by a couple of years in Bulgaria with Litex Lovetch and CSKA Sofia, before a return home in the summer of 2017. The red-headed midfield man was regular in helping Moreirense avoid relegation last season but he has found his opportunities more limited under new boss Ivo Vieira in the current campaign.

His eye-catching cameo against Marítimo last week, in which he came off the bench to score the only goal, saw him rewarded with a start on Friday night, a game in which a draw would have been considered a highly positive outcome. Instead, Arsénio continued where he had left off previously with an explosive first half performance in which he set up all three of his side’s goals en route to a memorable victory.

Benfica had taken the lead as early as the 2nd minute through Brazilian talisman Jonas, and the writing seemed on the wall. Moreirense had other ideas though, quickly equalising just 3 minutes later through Chiquinho. It was a clever cutback from Arsénio to find the former Benfica man in space on the edge of the box, and he found the corner convincingly.

Buoyed by their rapid response, Moreirense continued to test the Benfica defence and Arsénio brutally exposed their current fallibility in that area in the 16th minute, first embarrassing Jardel with some neat skill before perfectly picking out Pedro Nuno to thunder the ball home from close range.

A stunned to silence Estádio da Luz saw more first half agony piled on in the 36th minute as Moreirense increased their advantage. Arsénio claimed his third assist of the night, albeit his role in the goal was altogether more simple and less spectacular, his team-mate Mamadou Loum delivering the goods in the latter aspect with his bullet of a long range effort, after the skipper for the night had rolled the ball into his path.

A stunning half from the 29 year old, and the most unexpected of scorelines at the break. Even more remarkably the score remained the same until the end of the game as a toothless Benfica failed to reduce the arrears to slump to another defeat in a difficult spell. Arsénio contributed highly in defence too, helping to keep the usually marauding Álex Grimaldo very quiet down the left flank.

Moreirense’s victory, their third in the last four matches, has lifted them to the lofty heights of 9th in Liga NOS, well above what has been widely anticipated for them this season. If Arsénio et al can keep up these types of performances then Moreirense may be able to dream a little bigger than a relegation dogfight this year.