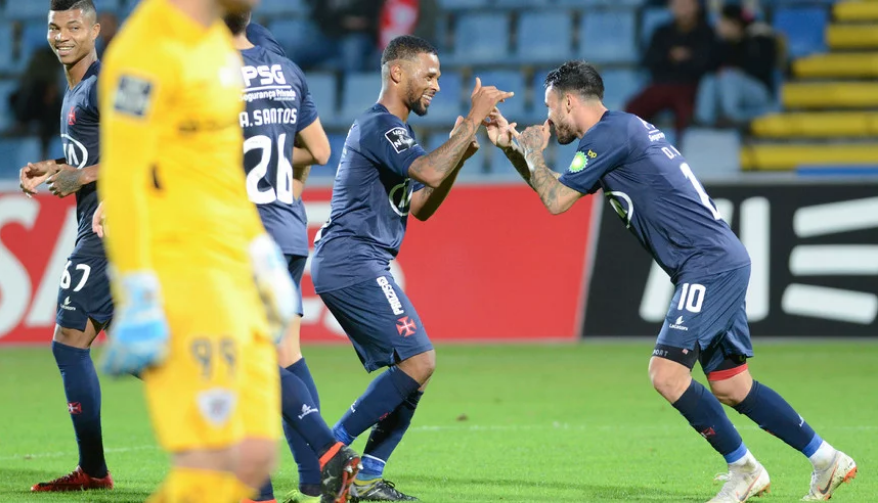 After another lengthy break due to international competition and the continuation of Portugal’s domestic cups, Liga NOS returned for Jornada 11 at the weekend. Porto dramatically maintained top spot with a last minute derby win over Boavista, while Braga, Sporting and Benfica all kept up the pace on the defending champions with victories of their own.

Elsewhere the goals flowed with no less than three 3-2 matches, Portimonense and Nacional gaining vital victories against Tondela and Aves respectively. The third of these scorelines began the round’s action on Friday night, as PortuGOAL’s Figure of the Week Fredy Ribeiro inspired Belenenses to triumph away at Santa Clara.

Angolan international Fredy Ribeiro is no stranger to fans of Liga NOS, returning for a second spell at Belenenses in July 2017 having grown up with the club, with a couple of spells abroad in Holland and his native country in between. His previous campaign with the club was tarnished by injury at times but his form has been consistent this year even if matters off the field have been anything but.

Fredy is a versatile attacking player who favours the wider areas but can also be effective through the middle supporting a lone striker. He started within the former role, operating from the right flank but it was when he drifted centrally in the second half that he caused Santa Clara damage on Friday night.

The scores were level at 1-1 at the break, but Fredy stepped up to score his first goal of the game from the penalty spot in the 55th minute after Brazilian forward Henrique had been brought down in the box. The Angolan adopted a Paul Pogba-style staggered run up before coolly wrong-footing Marco Pereira in the opposition goal.

Fredy added his second of the game, which would prove the crucial goal to secure all 3 points for Silas’ Belenenses. This goal showcased a lot of his strengths he brings to the team, showing excellent linkup in a give-and-go with Ousmane Dramé, who picked out his team-mate bursting through the centre with a precise through ball to then fire past Pereira with his left foot.

Belenenses are quietly putting together a decent run in Liga NOS now, and while wins are still fairly few and far between with Friday’s win just their third of the campaign, they are at least establishing themselves as a side hard to beat. They are now unbeaten in their last 5 league matches, a sequence that includes a hugely impressive win over Benfica.

There’s not too many goals in the side but from midfield Fredy now has 6 in all competitions this season. If he keeps up this kind of return then Belenenses could start to look further up from their current mid table standing.