PortuGOAL Figure of the Week: Marega at the double for dominant Porto 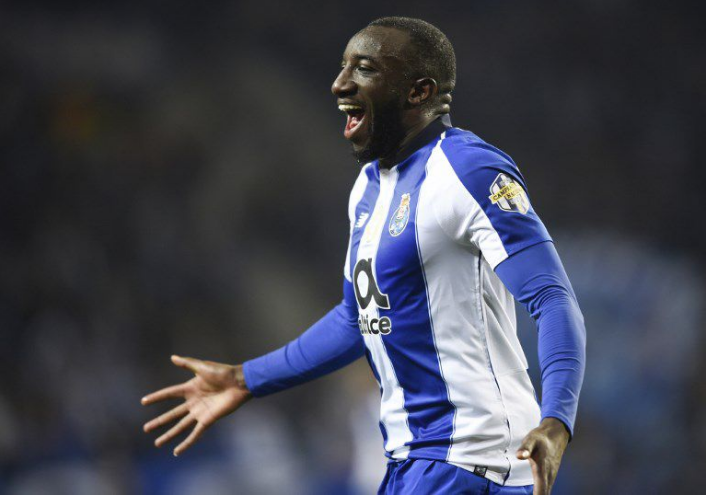 Jornada 12 of Liga NOS was largely business as usual, the top 5 in the division remaining as they were after recording victories. Notably Vitória Guimarães edged a thriller against their rivals for 5th place Rio Ave, while Marcel Keizer’s 100% start as Sporting manager continued after a comfortable win over Aves.

It’s defending champions Porto though who are looking close to their unstoppable best at the moment, the goals continuing to flow for the division’s top scorers in a 4-1 defeat of Portimonense. Up front Mali striker Moussa Marega looks to have hit top form again after some early season disciplinary issues, and he is PortuGOAL’s Figure of the Week.

Porto looked to be on the brink of losing arguably their best forward of the last 18 months or so in August of this year, with English Premier League side West Ham United registering strong interest in the 27 year old. To the club and manager Sérgio Conceição’s chagrin, Marega attempted to force through a move by refusing to train with Porto before a proposed transfer eventually fell through. While a necessary punishment, Conceição admitted recently that Marega’s rhythm and form had suffered as a result but Friday’s performance shows a player that is well back in the swing of things.

Porto actually fell behind early on as Tormena gave Portimonense a shock lead inside 10 minutes but the champions were level not long after. So often the supplier of Porto goals, left back Alex Telles swung in a dangerous corner and Marega rose high after a darting near post run to expertly guide past a helpless Ricardo Ferreira and into the far corner.

It was Marega who would provide the assist this time as Porto took the lead in the second half. Yacine Brahimi’s deep cross found him at the far post, and he was able to guide the ball into the path of his striker partner Tiquinho Soares, who tapped into an unguarded net.

Brahimi got himself a goal to make it 3-1 not long after, before Marega crowned his evening’s work with his second of the match in the 64th minute. Again dangerous from a set piece, this time it was more of a poacher’s effort from Porto’s top scorer, as he reacted to Éder Militão’s knock down to bury the ball in from close range.

Marega’s fine display makes it 9 goals for the season in all competitions, seeing him on his way to trying to eclipse the 23 he registered in Porto’s title-winning campaign of 2017/18. One area in which Marega has built upon from last year are his displays in the Champions League: after failing to score in last season’s competition, he already has 4 goals in 5 group stage matches this time around, a figure he will look to improve on in tonight’s contest with Galatasaray.

One downside to lighting up Europe’s premier competition for Porto fans in particular is the wider range of eyes on a player who still has plenty to give at the age of 27. West Ham were unable to make a deal stick for Marega but expect some bigger sharks to circle the Malian come January.

West Ham were unable to make a deal stick for Marega but expect some bigger sharks to circle the Malian come January.

Yeh, as if we'd sell him in January.
He'll prob go in summer to the Prem League (Everton? Southampton?) and we'll wish him...

West Ham were unable to make a deal stick for Marega but expect some bigger sharks to circle the Malian come January.

Yeh, as if we'd sell him in January.
He'll prob go in summer to the Prem League (Everton? Southampton?) and we'll wish him luck and take the cash.