PortuGOAL’s Pearls of Portugal: Part One 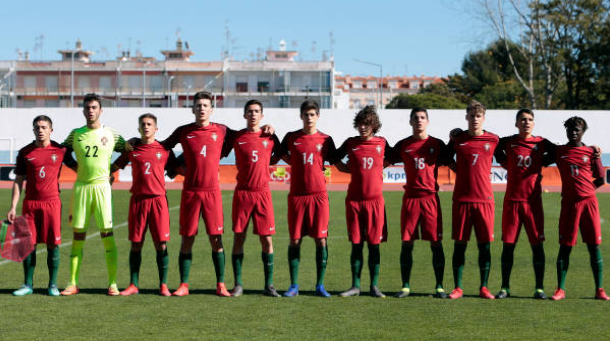 There’s never been a stronger reminder in recent history as to just how secondary a sport like football, lived to the fullest by me, you and many more around us, is. Society now unites into a sole team, fighting a common enemy, but with plenty of hope and optimism that the time to disperse into our club-tinted hubs shall soon come back.

While we await a hopefully prompt return to normality, the team at PortuGOAL takes a glimpse into the future, highlighting a handful of youngsters tipped to star on the Primeira Liga stage in coming seasons. To begin with, here are three names we as Portuguese football fans ought to keep our eyes on.

The trio have regularly been top of the class at their respective academies and look a decent bet to make a name for themselves in the future. You can also try your luck of future gains at Portugalcasino.pt, even more so with time to kill and no football to follow. 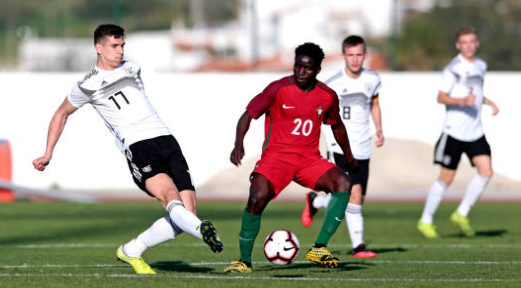 Son of the ex-Boavista midfield enforcer, Bobó Djaló, Matchoi left his own personal mark in Portuguese football back in August 2019, becoming the youngest ever player to make an appearance at the summit of the Portuguese footballing pyramid, debuting against Benfica at the Estádio da Luz.

Two further first-team appearances later, the young star has certainly seen his bubbling career distance itself a bit more from the glam of big-club arenas, but that hasn’t stopped a handful of European sides from keeping tabs on the Paços de Ferreira starlet.

Everton and Newcastle United, on top of the interest shown by Juventus, are just three of the clubs believed to have looked into the prospect of luring Matchoi, often found starring for the Portugal Under-17s squad.

With the ability to glide past his opponents, often as a right interior, well-defined spatial awareness, ability to aid construction from deep and carry possession comfortably, Matchoi promises to go far with his skill set, be it domestically, or abroad. 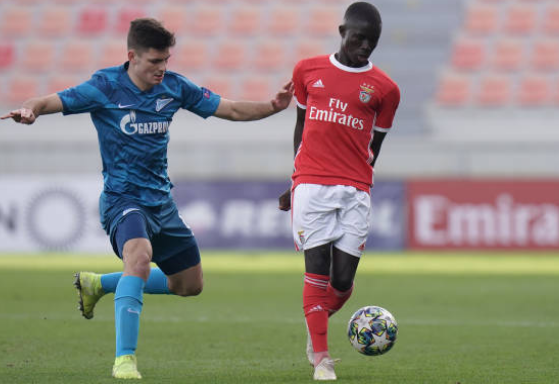 Fresh from the Seixal conveyer-belt, Ronaldo Camará’s name is one that catches the eye for a number of reasons. Sharing a name with Portugal’s greatest ever footballer may not be enough to pay the bills, but the talent projected by the midfielder at youth level might.

Dividing his formative years between Lisbon giants Sporting and Benfica, the Eagles gem combines the athleticism of a box-to-box midfielder with the technical ability of a feared winger, making him a real threat in between the lines with a sharp turn of pace and eye-striking creativity.

Although he is yet to sniff a first-team opportunity, the young midfielder carries an aura that makes him stand out as a chief in the middle of other talented prospects, such as Umaro Embaló, Tiago Dantas and Gonçalo Ramos, often taking the initiative to seek forward-thinking passes with both feet.

Like Renato Sanches, João Felix and Gedson Fernandes before him, Camará is, without a doubt, one of the safest bets for success emerging from the academy. 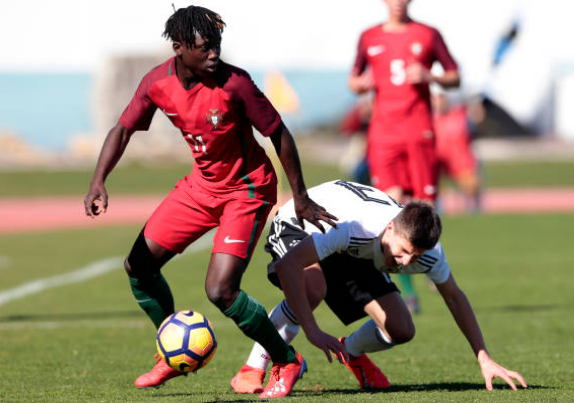 On many occasions over the years, Sporting have been able to turn in hope to their academy during struggling times, with the famous Alcochete factory set to uncover further solutions for the Lions with the emergence of Joelson Fernandes.

In a precedent set by Luís Figo, Cristiano Ronaldo, Ricardo Quaresma and Nani, Joelson promises to be the next tricky winger propelled into the first-team, standing currently as the club’s crown jewel at youth level.

The 17-year-old is capable of flanking both sides of the pitch, but it’s his daring comfort in the ball and unpredictability, alerting sharks like Barcelona, that make him such a big threat cutting in on his favoured right foot.

Joelson is fast, technical and refreshingly polished for his age to go along with his creativity. He possesses all the classic hallmarks of a modern winger who should, as Sporting require, be able to provide the first team with a new lease of life sooner or later.

They're all too young. They can be great or no, and I always lean towards the more conservative calculation.