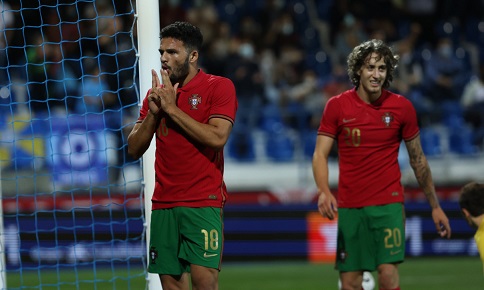 Young Portuguese footballers have been in demand among Europe’s biggest clubs in recent years, earning high transfer fees for their parent clubs and invariably going on to shine in the world’s highest profile leagues, further increasing their market value.

Through its major clubs the Portuguese football system has produced numerous great players throughout the years, justifying the substantial investment in prestigious youth academies.

Players like Bernardo Silva, João Cancelo and Rúben Dias (ex-Benfica), Vitinha (ex-Porto) and Rafael Leão (ex-Sporting) have been shining brightly on the world’s biggest football stages. It stands to reason that any fan of the “beautiful game” would be keen to learn more about the most recent crop of promising young Portuguese players dotted around a range of top European teams.

In the not-too-distant future, the following half a dozen Portuguese players may be recognised by soccer fans all around the globe. Their exceptional performances on the pitch have opened up the door to this possibility. If you are a fan of freespingratis.it and perhaps a betting person, here is a selection of the young Portuguese talent around Europe to keep an eye on this season.

Fábio Carvalho signed for Liverpool on 1 July 2022, the first day of the summer transfer window. The exciting forward, who is only 20 years old, spent the previous season at Fulham. He made a significant impression on the coaching staff with his technical ability and potent attacking threat, scoring 11 goals and providing eight assists as he helped the Cottagers win the Championship. They were promoted to the Premier League with four matches left in the regular season. The young Portuguese talent was initially a member of England’s youth squads, but he ultimately opted to represent the country of his birth, Portugal. He has played four times for the U21 team, scoring twice. 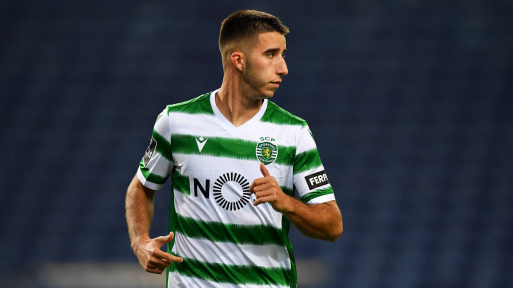 Sporting’s Gonçalo Inácio is considered one of Portugal’s top defenders. Although he only recently turned 21, he has played 83 games for the Lisbon giants, winning the Primeira Liga in 2020/21 and two Portuguese league cups. A solid defender with a cultured left foot, Inácio is excellent in the air at both ends of the pitch, having notched 7 goals in his still young career to date.

He has been on the fringes of the Portugal national team squad, and is an outside bet to make the plane for the upcoming World Cup in Qatar.

Making his debut at just 17 years of age, then enjoying a dazzling full debut season when he played a key part in helping Sporting win their first Portuguese title for 19 years, it was obvious to see Nuno Mendes was destined for a brilliant future in the game. The left-back joined PSG and has taken playing alongside the likes of Messi, Mbappé and Neymar in his stride, becoming one of the Parisian club’s most consistent performers. Already a Portugal regular with 15 caps to his name, any future transfer will surely involve more than the €40m PSG paid Sporting for him. 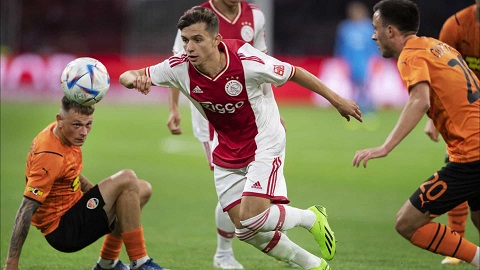 Francisco Conceição, son of former Portugal, Porto and Lazio star Sérgio Conceição, obviously has football in the blood. He played in 33 games for the Dragons in 2021/22, scoring three goals and setting up four. His fast feet and dribbling often leave defenders bamboozled, some even likening his style of play to that of Lionel Messi. A regular for Portugal’s U-21 team, Conceição moved to Ajax in the summer and is certainly one to watch for the future.

Ramos has been at Benfica since 2013 when he joined the youth team. He got the season off to an exciting start, scoring a career first hat-trick in the opening game in the Champions League qualifier against Midtjylland. He has since been a mainstay of Roger Schmidt’s Benfica team and has played his full part in the club’s sensational unbeaten start to the campaign, scoring 10 goals in 16 matches. Last month he was called up to the senior Portugal team for the first time. The future is sure to be bright for this young star, with PSG and Newcastle both rumoured to be interested in buying him.

Fábio Silva was the most promising forward in Portuguese football a few years ago. Wolves paid Porto €40 million for him in 2020. He struggled in his first two English Premier League seasons, but he is currently on loan to Anderlecht and appears to have found his mojo again in Belgium. Still only 20 years old and still learning, he has struck 8 goals thus far in 2022/23, more than he managed in three seasons combined as a senior player for FC Porto and Wolves.

All evidence has shown that Portuguese footballers have the talent, training and pedigree to excel across the world’s top leagues. This is no coincidence - the sport requires a lot of strength, speed and agility. Diet, exercise and products from iamnatural.it all help to maintain peak performance on the pitch. Portugal has proven a propitious breeding ground for many of Europe’s best players and it is a good bet some of the names above will comprise the next generation of footballing greats who will become household names.