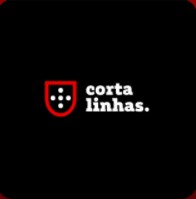 Zach Lowy, all-round football guru and creator of the outstanding Breaking the Lines website, twitter feed and digital magazines, has been turning his focus to Portugal’s Primeira Liga in recent times.

Last season he began the Cortalinhas podcast, producing excellent content dedicated to all things Portuguese football. Zach kicks off his weekly podcast for the 2021/22 Liga Bwin season with a bumper two-part podcast, with guest Tom Kundert, creator of PortuGOAL.

In Part One, they talked about the Super Taça curtain-raiser between Sporting and Braga, the first competition in the new campaign. As well as reviewing the match, Tom and Zach discuss the expectations for both teams this new season, including best signings, contract renewals, and departures.

Additionally, they begin chatting about the scandal that has enveloped Benfica’s former president, Luís Filipe Vieira.

I’m excited to announce that Cortalinhas, my weekly podcast on Portuguese football, is back for a new season on @BTLvid.

Listen to episode 1 with @PortuGoal1 here 👇🏻

In Part Two of the Cortalinhas 2021/22 season preview podcast, Zach Lowy and Tom Kundert talked in depth about former Benfica president Luís Filipe Vieira, the reasons for his police detention and criminal investigations and his legacy.

Also reviewed: Benfica’s transfer window, a possible Darwin Nuñez bid from an EPL team, and how João Mário could be a new lucky charm for Jorge Jesus and his style of play. The analysis then moved onto FC Porto. It was a somewhat disappointing year last season under Sergio Conçeiçao, and it has been a quiet transfer window for the Dragons, but a lot of promising youngsters are knocking on the first-team door.

Finally, Zach and Tom nominated one young player each who will shine this season in Portugal, to kick of Cortalinha’s popular “Talent of the Week” section.

We discussed Sporting’s victory in the SuperCup, transfer business from each of the big four, Luís Filipe Vieira’s exit, and plenty more.

By sure to follow Zach on Twitter @ZachLowy to get notifications of the weekly episodes of the Cortalinhas podcast and to benefit from his encyclopaedic knowledge of football all over the world.