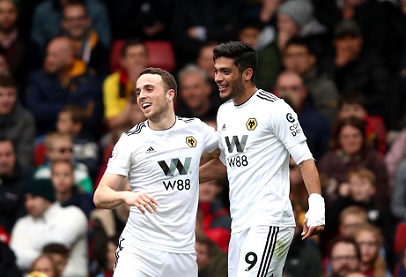 Diogo Jota is one of the in-form players in the English Premier League and the Portuguese forward added to his growing reputation with a goal and an assist as Wolverhampton Wanderers beat Watford 2-1 to take a firm grip on 7th place.

Elsewhere, Cristiano Ronaldo scored an equaliser for Juventus at the San Siro against Inter on Saturday evening, while there were also goals for Nani in MLS, Iuri Medeiros in Poland and Silvestre Varela in Turkey. On the managerial front, there were memorable wins for Portuguese bosses across the world.

For ex-Porto man Jota, two goals in the space of fours days have helped Nuno Espírito Santo’s Wolves beat Arsenal 3-1 at home and FA Cup finalists Watford 2-1 away. Since opening his account for the season against Chelsea in December, Jota has ten goals and seven assists from his last 21 matches, making him an integral part of Wolves’ team.

A notable aspect of Jota’s performances has been his link-up with strike partner and former Benfica forward Raul Jimenez and the supply line from midfield from Rúben Neves. Jota created the opener for Jimenez at Watford, before going on to score himself thanks to an assist from Portugal midfielder Neves, and the understanding between Nuno’s players is a clear strength.

“When I received the ball from Rúben [for the first goal] I looked up and I saw Raul there alone, and I just tried to take my opponent out of the way and the cross went perfect and it was a good goal for us,” Jota said.

“Rúben made a great pass [for my goal] but we know what he can do. Fortunately for us the goalkeeper tried to anticipate the cross but this time he couldn’t, and I was faced with and open net. All I needed was the perfect touch and the ball went in.”

“Raul Jimenez? I think we know each other very well now, at this moment of the season. We know what the other can do in the specific moments of the game and the team takes advantage of our good relationship, so we just want to keep on going.”

Elsewhere in England, Ricardo Pereira continues to impress with Leicester City, registering an assist in their 3-0 win over Arsenal on Sunday afternoon. In the Championship, João Carvalho was given another rare start by Nottingham Forest boss Martin O’Neill and responded with by assisting the only goal in their 1-0 win at Queens Park Rangers. 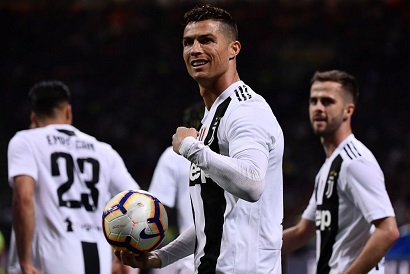 Cristiano Ronaldo scored his 600th goal in club football to rescue a point for Juventus against Inter at San Siro on Saturday evening. Juve trailed to Rajda Nainggolan’s early goal but Ronaldo levelled things up just after the hour mark with a sharp finish on his left foot following good interplay by the Portugal captain with both Juan Cuadrado and Miralem Pjanic.

Ronaldo reaches his milestone – assisted by scoring 20 league goals for the last ten seasons running – in just over 800 games. After the match, Juventus and Italy skipper Giorgio Chiellini reserved special praise for the Portuguese goalscorer.

“The truth is that we have to shake off the thoughts of what might’ve been [in the Champions League] as it’s the only way to go out there and live in the moment,” Chiellini reflected. “We are lucky to be able to play these big games still, as after quite a while, we finally got to see some of the real Juve again. We’re happy to have done well and not lost. After all, with Cristiano Ronaldo in the team, you’re always 1-0 up. He is world class and will help us win more in future.” 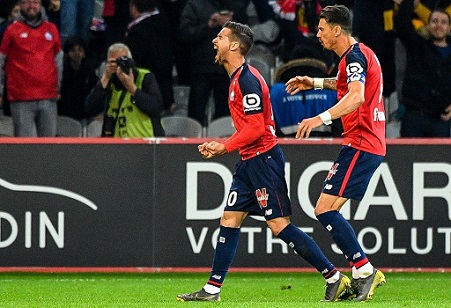 Lille took another step towards securing runners-up position in Ligue 1 with a resounding 5-0 win over Nimes in France on Sunday. From a Portuguese perspective, the match was notable for Rui Fonte scoring his first goal for the club in a season disrupted by injury issues.

The 29-year-old, who joined Lille last summer from Fulham, joined the action for the final 15 minutes with his team already 3-0 up. Fonte’s moment came in the closing minutes as he fired home with his left foot from the edge of the area. Rafael Leão had also emerged from the bench and assisted the fourth goal for Nicolas Pepe.

José Fonte played the full match in defence for Lille, who have a six-point advantage over Lyon in second place with four matches remaining. Lyon kept up the pressure on Lille with a 3-2 win at Paulo Sousa’s Bordeaux. Sousa’s men came from behind to lead 2-1 on Friday evening, but the game’s crucial moment saw Bordeaux reduced to ten men with the score level at 2-2, ahead of Moussa Dembele’s late winner for Lyon.

Nani made it four matches in a row on the scoresheet for Orlando City in MLS with his team’s goal in a 1-1 draw at New York City. The former Sporting man converted from inside the area early on 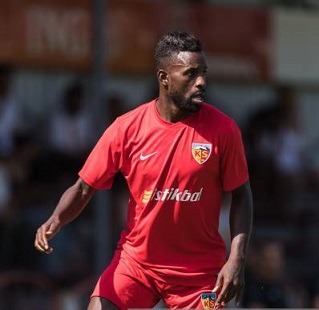 to give his side the lead. Orlando are currently in 6th place in the Eastern Conference, five points adrift of table toppers DC United with a game in-hand.

In Poland, a potentially pivotal weekend in the Ekstraklasa race saw Legia Warsaw move three points clear at the top after beating title contenders Lechia Gdansk 3-1 on Saturday. André Martins and Luís Rocha started the match for Legia, while Iuri Medeiros came off the bench to score the third goal for the champions. José Nunes started and Flávio Paixão was introduced as a substitute for the hosts.

Elsewhere on the goals front, former Portugal winger Silvestre Varela scored with a smart left-footed finish for Kayserispor in their 1-1 draw with Alanyaspor in Turkey. In Hungary, Rui Pedro’s impressive recent form continued with the winner for struggling Szombathelyi Haladas in their 2-1 win at Varda, making it four goals in six games for the former Académica midfielder.

Also in good goalscoring form is defender Pedro Eugénio in Bulgaria with Beroe. The ex-Farense man has three goals in his last four matches after his winner beat giants Levski Sofia 2-1 on Friday.  In France, Portuguese U21 international Mathias Lage rescued a point for Clermont in their 1-1 draw with FC Paris, while ex Braga midfielder Yazalde scored for Gaz Metan in their 2-1 win at Concordia Chiajna in Romania and Cristian Ponde’s goal for Karpaty in Ukraine could not prevent a 3-2 loss to Olimpik Donetsk. 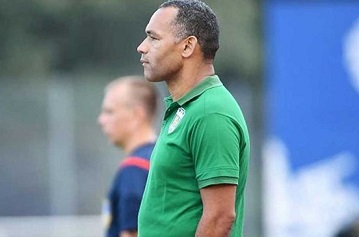 José Morais’ Jeonbuk Motors lead the way in South Korea’s K League 1 after a dramatic late 2-1 win over Seoul on Sunday. Morais side, who also top their Asian Champions League group, conceded an 89th minute equaliser at home but snatched victory with a winner in the seventh minute of added time. In Saudi Arabia, Pedro Emanuel’s Al Taawon smashed champions and league leaders Al Hilal 5-0 in the King’s Cup to qualify for the final.

In France, Rui Almeida’s Troyes secured a play-off spot with a 1-0 win at Orleans to make it six wins in a row and five matches without conceding. Pedro Caixinha’s Cruz Azul continue to impress as Liga MX prepares to move into the playoff rounds. Caixinha’s men won 4-1 at Lobos BUAP and are nine matches without defeat. In Iran, former Sporting coach Paulo Sérgio has Sanat Naft on a 3-match winning run after they Naft Masjed Soleyman 3-1.