Official: Paulo Fonseca confirmed at Roma to “create something special” 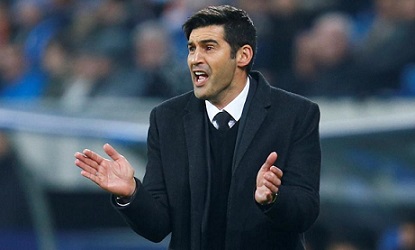 Italian club AS Roma have announced the appointment of former Porto coach Paulo Fonseca as their new manager. Fonseca has signed a two-year contract at the Stadio Olimpico with the option of an additional year.

The Portuguese leaves Ukrainian champions Shakhtar Donetsk after three years with the club, during which he won three consecutive league and cup doubles.

In the wake of Roma’s poor 2018/19 campaign, together with Fonseca’s superb managerial record in recent years (at Paços de Ferreira and Braga as well as Shakhtar), many will be checking out https://www.freebetinfo.com to wager on a signficant improvement in the Italian club’s sixth-placed finish in the season just finished.

“We are delighted to welcome Paulo Fonseca to the club,” Roma president Jim Pallotta said upon announcing the news.

“Paulo is a young and ambitious coach with international experience, a winning mentality and a reputation for bold, attacking football that will excite our fans.

“From the very first conversations we had with him, he made it very clear he wanted to come to Roma and was excited about the challenge of working with our players and putting out a team that the fans can be proud of.”

Fonseca’s move to Roma had been the subject of intense media coverage over the last week. Shakhtar are believed to have reduced their compensation demands as a gesture of good will to the 46-year-old, who became a hugely popular figure in Donetsk.

“I am very pleased to be appointed the head coach of AS Roma,” Fonseca said.

“I want to thank the club’s management for the opportunity they have given me. I am excited and motivated by the task ahead of us.

“I cannot wait to move to Rome, meet our fans and get started. Together, I believe we can create something special.” 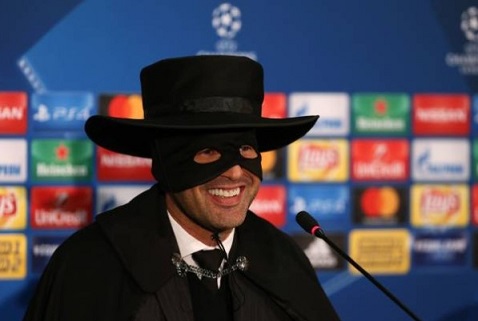 He left his mark on this club - Shakhtar chief

Shakhtar president Rinat Akhmetov offered a glowing tribute to Fonseca as the announcement was made. Akhmetov had previous revealed a gentleman’s agreement to let the Portuguese leave the club if a major offer arrived, owing to the strong bond built between the two during their working relationship.

Akhmetov’s statement read: “Today, we express our gratitude to Paulo Fonseca for three spectacular and bright seasons. For three years in a row, we have been holding gold medals in our hands. Together with Paulo, Shakhtar have won seven trophies: three league titles, three domestic Cups and one Super Cup, becoming the most decorated club in Ukraine.

Paulo is an ambitious coach who wants to try himself in the Italian league. He is not afraid to take on new challenges, and this deserves a lot of respect. I wish him victories and thank him very much!

Paulo Fonseca has left his mark in the history of the club; his name will remain in the hearts of fans. I am sure that a part of Paulo’s heart will always stay with Shakhtar as well.”

In a typically classy statement, Fonseca paid tribute to everyone at Shakhtar for making his spell at the club a success. “Ukraine gave me a lot: here we won and won trophies, here I got a unique experience. But the main thing that I acquired here is people. People who were there every day believed in me and supported me.

“I am grateful to President Rinat Akhmetov for his wisdom and assistance in everything. I am grateful to my players: we taught each other a lot, without a doubt, my success is the merit of each of you. I am very grateful to the fans: guys, you are the strength! I am grateful to everyone who stands behind Shakhtar's logo: club directors, doctors, chefs, masseurs, kitmen. I say thanks today to everyone. We were a great team and I will never forget you.”