Ricardo Quaresma refuses to respond to attack from Besiktas president 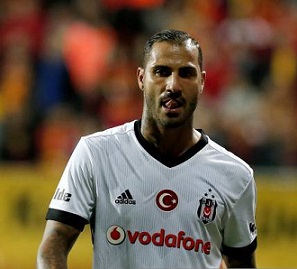 Portugal international Ricardo Quaresma says he has no intention of making an immediate response after he was subjected to a remarkable attack from the president of his club Besiktas.

Quaresma has spent a total of six season with the Istanbul outfit, but has been tipped to leave Besiktas this summer after the Black Eagles finished 3rd in the Super Lig last term.

Fikret Orman was recently re-elected as the club’s president, and the Besiktas chief made headlines on Tuesday when he launched an attack on 80-time Seleção international Quaresma, who still has one year left to run on his contract at Vodafone Park.

“He disappeared from the team at the most critical moments of the season and is always complaining. The best thing to do is pay him the money he is owed and send him away,” Orman said.

Quaresma is currently on holiday but took to social media to acknowledge the comments, while refusing to be drawn into a public debate. “I will not comment on the words of the president,” said the 35-year-old. “If they aren’t happy, they just have to schedule a meeting with me and talk. At the moment I’m on vacation but when I get back to Istanbul I’ll do an interview and speak the truth. The rest is up to everyone else.”

Former Sporting and Porto man Quaresma was linked with a move to the United States with Major League Soccer earlier this year.

Love and respect to Ricardo!
PORTO!

Well played by Ricardo. The president must have had too much Raki.