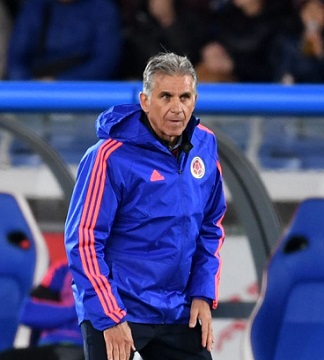 With most of Europe enjoying a hard-earned summer break, these are critical times for some of Portugal’s biggest managerial exports around the globe. Leading the stories is Carlos Queiroz, who is remaining positive while counting the cost of a penalty shootout defeat to Chile in the Copa America which saw his Colombia side eliminated at the quarter final stage.

Elsewhere, Vítor Pereira’s Shanghai SIPG are hitting form after a Champions League knockout tie win over José Morais was followed by an impressive victory in the Chinese Super League this weekend, while Jorge Jesus continues to charm the Brazilian media as he uses a break in the calendar to prepare his new team Flamengo.

Queiroz and Colombia were eliminated from the Copa America by Chile on penalties despite not conceding a single goal across their four matches during the competition. Colombia survived two VAR disallowed Chilean goals during the 90 minutes but William Tesillo’s miss from the spot allowed Alexis Sanchez to give Chile a 5-4 win in the shootout.

It is only the second time a team has been knockout out of South America’s international tournament without conceding a goal, with the other coming in 1924 when Argentina were the victims. It is a familiar feeling for Queiroz, who saw his Portugal side eliminated from the 2010 World Cup by Spain having suffered just one goal conceded in four matches.

“Shootouts are more dependent on God’s will than our will,” Queiroz said after the match. “It has been like this for ever and will remain so.

“Our team played four great matches. We have not lost a single game; not conceded a goal. We only lost a shootout. It’s a very hard way to leave a competition, but somebody has to lose and somebody has to win. Unfortunately for us, Chile won.”

Despite the defeat, there is cause for optimism for Queiroz in guiding Colombia, who have been perceived as a side with flair but lacking the defensive organisation to fulfil their potential. Six wins from his eight matches in charge and a resolute backline are things upon which the Portuguese can build.

“I am the one responsible for the final result,” Queiroz said. “We need to create a steadier team and solid identity, but Colombia are in an uptrend now and it will continue. I do believe that. It has been a step forward. We are now able to go toe-to-toe with Chile, the champions. I see a very promising future.” 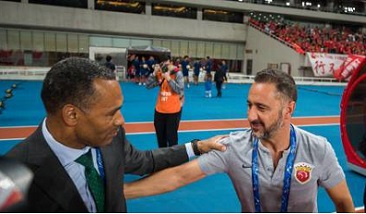 Portuguese coaches Vítor Pereira and José Morais faced off in the Asian Champions League last Wednesday in a much-anticipated clash between Pereira’s Chinese champions Shanghai SIPG and Korean champions Jeonbuk Motors, led by Morais. The sides played out a 1-1 draw – a repeat of the first leg – and Shanghai progressed via a penalty shootout.

Jeonbuk dominated large parts of the second leg under Morais, who took charge earlier this year, and led for much of the evening through a 27th minute goal from Kim Shin-Wook. However, former Porto forward Hulk equalised with ten minutes left on the clock and Shanghai won 5-3 on penalties, with Brazilian international Oscar netting the decisive kick.

A teary Pereira spoke to the press after the match, saying: “I’m an emotional guy and when we work together and work a lot and achieve our goal then this is an emotional moment for me and I thought about a lot of things; about family, about people I want to be here with me but who are not here with me. I think about a lot of things and this is emotional. Usually I don't cry, but sometimes if I have a motive to cry then it happens. It’s happiness!

“We saw two strong teams and it was a very difficult game, but I think we showed that we have a strong spirit. We played and we fought and to do this is not easy, to come here and play like this and in the end we deserved the result. I’m very happy and very proud of my players.”

The good feeling at Shanghai carried over into this weekend’s action as they followed up the midweek success with a 1-0 away win at Shenzhen to cut the gap to leaders Beijing Guoan to two points. Meanwhile, Morais and Jeonbuk drew 1-1 at Pohang Steelers and are one point clear at the top of the K-League. 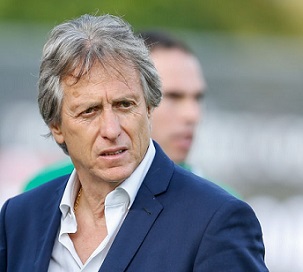 Jorge Jesus is around ten days away from his debut on the bench of Brazilian giants Flamengo, but the Portuguese is demonstrating a strong impact on the Rio de Janeiro club as he implements his ideas on his new team in training. Jesus’ adventure in Brazil is the focus of much coverage in Brazil and Portugal, with the media in his new surroundings impressed with what they have seen from the 64-year-old.

After a warm-up match against Madureira brought a 3-1 win, excitement is growing ahead of Jesus’ first official match against Atletico Paranaense on July 11th. “In the first test of Jorge Jesus, what we saw was a Flamengo with a different face,” read Brazilian online outlet UOL, while Globoesporte suggested: “the attitude of Jesus calls for your attention. After being so active during training sessions, the first match was no different,” with reference to the Portuguese coach’s attentive and vocal touchline demeanour.

Newspaper Lance also mentioned the positive impression of Jesus based on his attention to detail in training. Expectations are growing for Brazil’s most popular club under the former Benfica coach, who faces a tough start to life in his new job with a trip to Atletico Paranaense – one of the country’s strongest home sides – in the Brazilian Cup in less than two weeks’ time.

Ukrainian champions Shakhtar Donetsk have put their present and future in the hands of Portuguese coaches after the experienced Fernando Valente was recruited to oversee the club’s U21 side. The 59-year-old joins Shakhtar just weeks after Luís Castro was hired as first team boss to replace outgoing coach Paulo Fonseca. 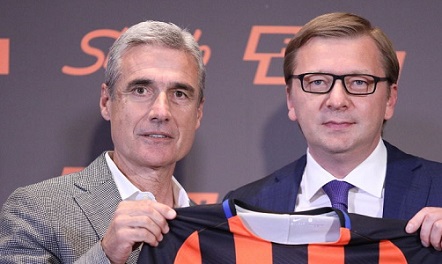 Valente has spent much of his career with coaching and technical director roles at a lower level in Portugal with Paredes and Lousada, before recent spells with Aves, Santa Clara and Varzim, while his previous brief foreign experience came with a stint at China’s Shandong Luneng where he led the U19 side.

Shakhtar have been in Bulgaria during the first stage of their pre-season, recording wins over Ludogorets (3-0) and CSKA Sofia (1-0) ahead of returning to Ukraine on Sunday. New coach Castro was happy with his players, having changed the line-up at half time in both games, and especially with the signs that the team are taking on his ideas.

“Both line-ups proved themselves - both in the first and second halves,” he said. We were not so fast due to two factors: the heat and the tough pitch. Nevertheless, we controlled the play both offensively and defensively.

“We say that the results are not important now, but it’s better to win anyway. We worked hard throughout the week, and today we’ve rounded off the training camp with a positive result. Most importantly, the team showed their principles in the attacking and defensive thirds. We’ve already practised many elements, but there are quite a few things that still need to be improved. We will analyse it and try to get better in the near future.

“Some players have already managed to understand everything perfectly well, someone else needs time. This is normal for a training camp; hence we work for several weeks so that everyone gets ready for the first competitive game. On the second training camp, I want to cement all the ideas so that we dominate every aspect of our defensive and offensive dynamics. Everything will be proved in the matches, which are test papers for the guys, in which they can prove themselves.”