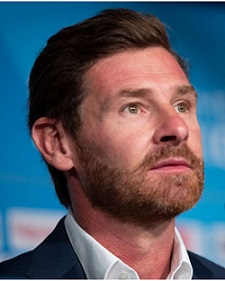 Pre-season is officially underway in Europe, with clubs across the continent returning to training this week ahead of the 2019-20 campaign. The upcoming season will see many Portuguese coaches assuming control of new teams in France, Greece and Italy, with the likes of Andre Villas-Boas, Abel Ferreira and Paulo Fonseca taking on high-pressure jobs during the close season.

Meanwhile, Portugal’s most successful coaching export, José Mourinho, remains on the side-lines of the game. Latest reports indicate the former Porto, Chelsea, Inter, Real Madrid and Manchester United boss has rejected a monumental offer to move to Chinese giants Guangzhou Evergrande, in the hope of making a return to the top level of European club management.

Many of Ligue 1’s top clubs in France have already played their opening pre-season friendlies, with mixed results for Leonardo Jardim and Andre Villas-Boas. Villas-Boas is a new arrival in French football, having signed a two-year contract with powerhouses Marseille in May after 18 months out of the game.

The former Porto boss took charge of his first non-competitive match on Sunday, with Marseille beating Stoke City’s U23 side 1-0 in England. Villas-Boas selected a mix of youth and experience for the victory, telling the media after the match that some of the club’s young players will be given every opportunity during the upcoming campaign.

“The team played well during the game,” Villas-Boas said. “We were good in the physical aspect, the tactics, the combinations and the quality of our play. We must improve in front of goal. Our players have the ability to develop in several systems, but they have been very good in this 4-3-3, with the dynamism they’ve shown in training. We worked more offensively than defensively. 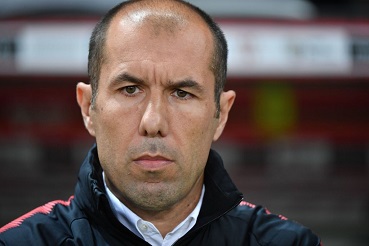 “I am very happy with the efforts of the players, especially considering the work done this week which was essentially physical. I have a thought for the young players who behaved very well. They applied themselves during this first week and they will get chances.

“I’m pleased and I’m looking for progress as we play teams of a higher level. This is what we will need to produce in Ligue 1 when it counts, we must reach the level that will allow us to qualify for the Champions League.”

For Jardim and Monaco, perhaps a few more early causes for concern. During their camp in Belgium, an opening pre-season victory over Cercle Brugge on Saturday was followed by a 5-0 defeat to Lokeren the following afternoon. Portugal international Rony Lopes played the first half of the victory over Brugge and the second half of the defeat to Lokeren. Paulo Sousa’s Bordeaux play their opening pre-season match against Partizan Belgrade on Wednesday evening. 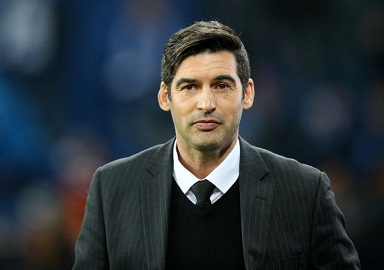 Paul Fonseca took charge of the first training session of pre-season with new club AS Roma on Tuesday. The former Porto coach was announced at Roma last month, leaving Ukrainian champions Shakhtar Donetsk for the Italian capital on a two-year contract.

With around three weeks before Roma’s first friendly match of the summer against Perugia at the end of the month, Fonseca will be using the next 20 days to implement his ideas, but inevitably the Portuguese has been asked about his targets for the upcoming season.

“The owner? He hasn’t set concrete goals (for me), but I am forcing myself to immediately get us back to the Champions League,” Fonseca said. “Another priority is to build a strong and ambitious team. We always want to win, but when it doesn’t happen, the fans must (still) be proud.

“If this condition is met, we will be closer to the finish line. I don’t make promises, but it’s my belief. I have a two-year contract here with an option for an additional year, but I am convinced that we can win something. It is not a promise, but a conviction.”

Abel Ferreira ready to be flexible at PAOK

Greek champions PAOK Thessaloniki are already three matches into their pre-season fixtures under the guidance of newly-appointed coach Abel Ferreira. The Portuguese was drafted in from Braga at the turn of the month to replace departing boss Razvan Lucescu, who left the club after an historic double-winning season last term.

A 1-0 defeat to AZ Alkmaar was followed by a 3-0 victory over Danish side Nordsjaelland and a 2-2 draw with PEC Zwolle. Abel’s first match in the Greek Super League sees PAOK begin the defence of their title with a home clash with Luis Castro’s Panetolikos on 24th August, but the former Sporting defender is using the current period to carefully assess his squad. 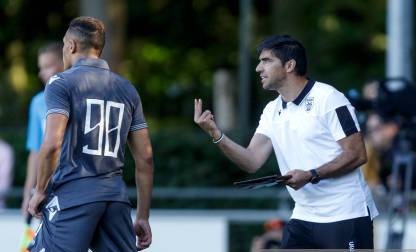 "I would say that the main goal is to evaluate the players but slowly it is time to make decisions,” he said. “Everyone took their opportunity to show me their qualities. There were players who surprised me positively and that was mainly young players who have potential for the future. I wanted to give everybody opportunities.

On his tactical approach, Abel insists he is prepared to mix up his game plan depending on the opposition. “There is no magic recipe. Whether it’s Simeone or Guardiola, it's important to explain to the players exactly what you want. That is what a good coach should do.

"To be seen as a good coach, you have to be winning today. If you lose you are nothing. But for me, this is a lie. You do not just have to pass the exam, but study well. If you are well-read, you should not be afraid. Take good care of the process and the result will come.” 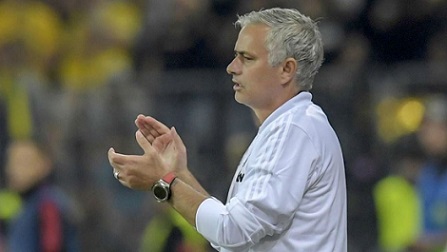 José Mourinho has reportedly turned down an astronomical offer from Chinese club Guangzhou Evergrande, because the Portuguese has ambitions to return to the highest level of club management in Europe.

According to stories in England, Mourinho’s representatives held discussions with Guangzhou over recent days and the 56-year-old was offered a three-year contract worth approximately €100m. The annual salary offered amounted to €30m per year and the proposal included another €10m in potential bonuses.

In turning down the interest, Mourinho is thought to have cited professional reasons as the primary motive for his decision. The former Porto boss has been out of football since leaving Manchester United last December, but Mourinho is prepared to bide his time and wait for the right opening at a major European club.