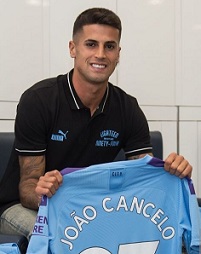 Elsewhere this week, England was a focal point for Portuguese making late summer changes as West Ham United also beat the deadline to bring in youngster Gonçalo Cardoso from Boavista, while Hélder Barbosa changes teams in Turkey and Edgar lé heads to the country with Trabzonspor.

Former Benfica man Cancelo arrived at City in a part-exchange deal, with Pep Guardiola’s club paying Juventus a fee of €30m plus Danilo, formerly of Porto, in order to get their man. City had long been touted as Cancelo’s most likely destination as it emerged Juventus were prepared to sell the full-back to balance their books.

The 25-year-old leaves Juve after just one season in Turin, but was quick to express his delight with his new surroundings. "In the last four years I have been at four different clubs." Cancelo said. "I've always been improving, and my aim is to become the best, and I think I can do this here.

"I dream of being the best player in the world in my position, and Manchester City is the place to do that. Man City has great quality players so I will try and bring my own quality and improve on my weaknesses. I've already seen in training the quality the team has."

Asked about whether he spoke with former Benfica players Bernardo and Ederson ahead of the move, Cancelo said: “Bernardo is a great player. We have a great relationship. For me, he is one of the best players in the world. It’s a pleasure to play with him.

“Ederson is a year older than me, so we never played in the same team at Benfica, but I admire him. He is a great goalkeeper. City have great quality players, so I will try and bring my own quality and improve on my weaknesses.

"I believe a lot in this club. Now and in the future it will be one of the top clubs in the world."

Joining Cancelo in the Premier League is 18-year-old defender Gonçalo Cardoso, who has signed a five-year contract with West Ham United from Boavista for an undisclosed fee. The London club are thought to have fended off competition from various clubs across Europe to finalise a deal for Cardoso, and director of football Mario Husillos spoke highly of the new recruit.

“Our scouts in Portugal have watched his development very closely for some time now and we are very happy to have secured his transfer,” the Hammers chief said. “He has made excellent progress at both club and international level, playing for Portugal in the European Under-19 Championship final this summer. He has a very good character and mentality, and speaks good English, 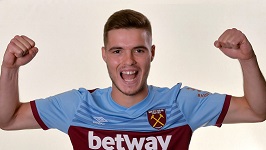 which will help him to settle more quickly as a young player arriving in a new country.”

For his part, Cardoso told the club’s media that moving to East London fulfils his lifetime ambition. "I am very excited and it’s a dream come true," he said. "I always dreamt of coming to England and now I’m here at this big, historic club, so I’m very happy.

“The first thing I know about West Ham is it’s an historic club, a big club with big support, and traditional supporters. I’m very excited to work under Manuel Pellegrini. I’m very young so I can learn a lot from him.

“London Stadium is amazing too. It’s big, very big. When I see it full it will be even better, but it’s amazing, incredible. It will be a great experience to walk out in front of 60,000 West Ham fans.

“As a player? I’m an aggressive player, a little bit different on the pitch to off it. I’m calm [in possession], I like to have the ball and build the game from the back. I like to go to the area from corners too and try to score goals.”

Cardoso, who is an under-19 Portugal international, made 18 appearances for Boavista last season, with 15 coming in the Primeira Liga and three in the Taça de Portugal. The youngster will wear the no.20 shirt at the London Stadium. 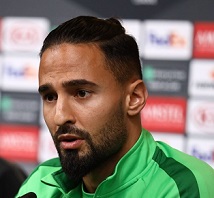 In other business done this week, former Porto winger Hélder Barbosa has left relegated Akhisarspor for fellow Turkish second-tier outfit Hatayspor, who failed to win promotion last season in the play-offs. In the country’s top flight, Super Lig side Trabzonspor have signed Edgar lé from Lille as part of a deal that saw midfielder Yusuf Yazici head to France. Trabzon signed defender Ivanildo Fernandes on loan from Sporting earlier this summer.

Cant believe Juventus sold Cancelo. Crazy. Why didnt Ronaldo stop it, lol. Portugal have brilliant right backs. Just in England are Ricardo, Dalot and Cancelo. Then Nelson Semedo at Barcelona who played very good for Portugal in the Nations...

Cant believe Juventus sold Cancelo. Crazy. Why didnt Ronaldo stop it, lol. Portugal have brilliant right backs. Just in England are Ricardo, Dalot and Cancelo. Then Nelson Semedo at Barcelona who played very good for Portugal in the Nations League victory. But for me Cancelo is the best. I think Pep will make him the best in the world for his position.

That is not wishful thinking, it is total utter delusion. I can just imagine Ronaldo leaving all the wealth and European football of Juventus to battle Braga for 3rd place and being assaulted by his own fans.

The only way I can see Ronaldo...

That is not wishful thinking, it is total utter delusion. I can just imagine Ronaldo leaving all the wealth and European football of Juventus to battle Braga for 3rd place and being assaulted by his own fans.

The only way I can see Ronaldo returning to Sporting would be for a testimonial/charity match or in his 40's.

Although I must say the transfer policy of Juventus this summer has been very bizarre, I certainly wouldn't call Serie A terrible or outdated. The classic view of Italian football is ultra defensive, which just is not the case. I believe it was the 3rd highest scoring league in Europe, above La Liga and Ligue 1 (which is not well known for defending).