FRANCE: “They are not unbeatable” Paulo Sousa prepares for PSG as his Bordeaux plan takes shape 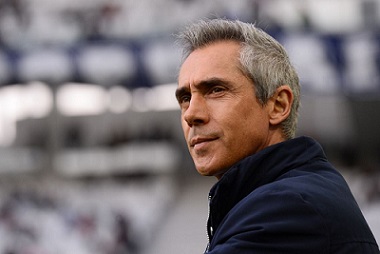 Paulo Sousa is enjoying his best period since taking charge of French side Girondins de Bordeaux in March, and as his team prepares to host champions Paris Saint-Germain this weekend the Portuguese says they will treat their opponents like everyone else.

Bordeaux are on a six-match unbeaten run, during which time they have amassed the same points as PSG. It is a far cry from the desperate form in which Sousa’s men ended the season, with the Portuguese now seemingly exerting his authority on the club with every passing week.

The much-travelled former Selecao midfielder arrived at the Stade Matmut-Atlantique in March, finding an underachieving heavyweight of the French game languishing in 13th place. The early stages of Sousa’s reign did little to convince, with only two wins from the closing ten matches of the campaign coming either side of a 7-match losing run.

A 3-1 defeat to Angers on the opening day of the current season led to serious questions about the 49-year-old’s prospects of remaining on the bench long term. However, Sousa has stabilised the team’s form and struggles to transfer his ideas to the field appear to be easing as Bordeaux moved into 5th place with a midweek win over Amiens.

“[Against Amiens] we produced our most consistent game,” said Sousa, who has watched his team become more adept at controlling the play in recent weeks. Bordeaux now average 53% possession in games, which makes them the fourth highest side in Ligue 1 when it comes to retaining the ball.

Such progress in style has always been vital for Sousa, who earlier this month expressed his dissatisfaction with his team despite watching them secure a 2-0 win against Metz. “The victory gives me more pleasure than the performance,” he lamented. “We made a good start. But after twenty minutes, the team lost all its aggression. We retreated. We did not press. We just tried to contain 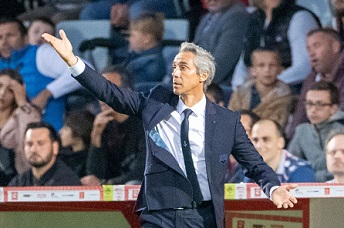 attacks. We lost a lot of balls and we lost control of the match. We still have to work hard to install a culture.”

Brazilian midfielder Otavio backed up such sentiment last week when he told journalists that despite the improvement in form, boss Sousa had been pushing the players harder than ever: "He has been more aggressive this week because he doesn't like relaxation, he wants to continue progressing.” Sousa agreed, saying: "I raised my tone because I'm demanding. I felt the team had to be reminded of the need to give more than 100%.”

We need courage vs PSG – Sousa

Saturday’s clash with PSG at home will not see a change in Sousa’s methods. “We will face the strongest team in the championship but they are not unbeatable,” he said in the build-up to the match. “It is a game in which we will have to have more courage than fear.

“I will ask the team to play the same football I want in every game, both at home and away, that is to control the pace and have the ball. Of course we will have more difficulties because we will be facing very high quality players, but it gives us the opportunity to improve.”

The showdown could see the return to action of PSG star Kylian Mbappe, who has been out of action since August. "I hope he plays because I like football and to see the best players on the pitch to improve the quality of the show," said Sousa, emphasising that for him, style matters.