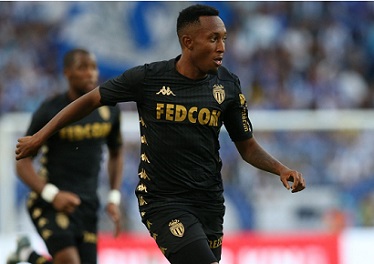 Monaco are finally up and running in Ligue 1. Leonardo Jardim’s side hammered Brest 4-1 on Saturday evening in a thoroughly convincing performance to make it back-to-back victories for the Monegasques after a difficult start to the season.

The win comes as coach Leonardo Jardim appears to have settled on a preferred system, playing a 3-5-2 formation which not only draws the best from dynamic new front pairing Wissam Ben Yedder and Islam Slimani, but has seen Portuguese Gelson Martins find form, with several punters at Bet365 even backing Monaco to rise up the table and into the European competition qualification places.

Gelson got his first goal of the season in the win against Brest, with Ben Yedder and Slimani having already found the net to put Monaco 2-0 up when the former Sporting man raced through to calmly make it three on 73 minutes. The result moves Monaco, previously languishing in the relegation places, up to 12th in the Ligue 1 standings.

For Jardim another encouraging result and evidence that his wing-back system is the way forward. Gelson played in the right wing-back spot for the second week running, having been tested in the role several weeks back against Strasbourg in game which saw him register an assist. Last week’s 3-1 win over Nice and this weekend’s positive showing against Brest have seen Gelson build consistency in the position.

“Gelson is able to play up front or on the wing,” Jardim said. “With the three midfielders, he has the opportunity to take defenders on, he likes to be in one on ones. I'm happy for him, his goal is a reward for his work. He always works hard.”

Fellow Portuguese Gil Dias, who was given a start in the left wing-back role last week, watched the latest triumph over Brest from the substitutes bench.

"I prefer the pressure on me" - Jardim

For Jardim, a positive turnaround in form aided by the addition of a new strikeforce, with former Sporting man Slimani attracting the boss’ praise. “Slimani is a mature player, he has physical ability and he plays instinctively. If you have to compare this with his time at Sporting, he has more composure in his game to finish the action and he makes more assists.

“It's a positive night, the team played well, we had a lot of opportunities to score a second goal in the first half. But in the second half, we managed to make things happen, I think that the victory is deserved.

"The important thing today is that players are able to play well for 90 minutes consecutively, to play with a more collective ethos. At the beginning of the season, it was more difficult.

"Sincerely, I have a squad with many qualities. Several players had already worked with me in the past. Everyone gives their best. I prefer that the pressure be on me than on the players, the staff and the directors. I know this situation, you have to live with it.”